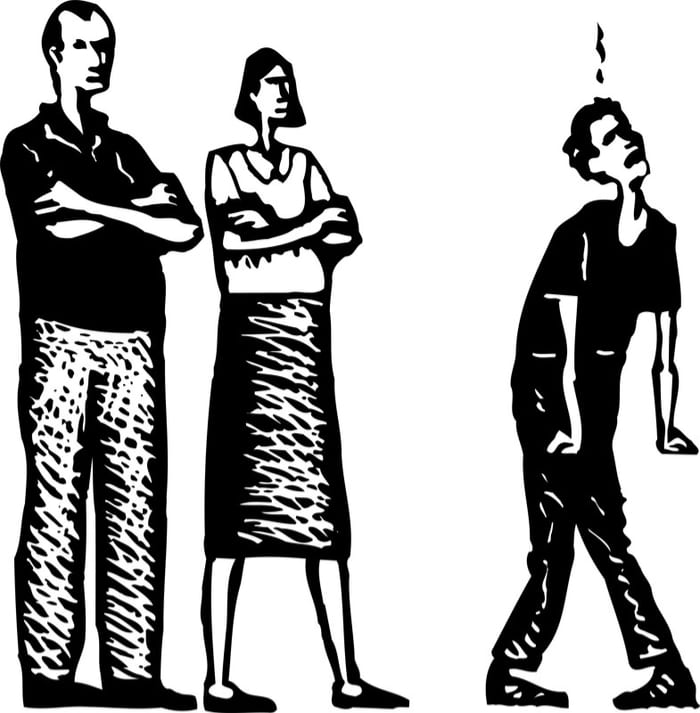 How do you say no to teens when their friends’ parents say yes? If you think the activity is dangerous, you’re right to say no. But if all the other parents say yes—that their children can participate in an activity—you end up looking like the bad guy. You look like you’re saying no just to be arbitrary or mean.  It makes you seem like a control freak. Or just too strict.

Take the example of Lynn, age 51. Lynn’s 16-year-old daughter Randi begged to attend a weekend at a friend’s house. The weekend was to conclude with an all-night party. But there was a catch: the friend’s parents were out of town.

The friend’s parents had all given their permission for the weekend and party. The other invited guests, another eight children, had all received permission from their parents to attend. Lynn and her husband Jordan were the only hold outs.

Saying No For Protection

Lynn knew that her fun-loving daughter might be persuaded to take part in activities that could hurt her. There might be alcohol or drugs at the party. There could be, for example, a game of Truth or Dare involving risqué behavior.

Randi is a great kid, but she likes to have fun. She’s game to try anything once. Her parents imagined her at the party, surrounded by friends urging her not to be a prude. In this environment, would Randi have the strength of will to say no to drinking, taking drugs, or engaging in sex-tinged activities?

Lynn and Jordan weren’t judging the other parents for agreeing to allow their children to have a fun weekend. But they knew their daughter and didn’t think it a good idea to put her in a situation where she could end up getting hurt. They knew that the right thing to do was to say no: to forbid Randi from spending the weekend at her friend’s house.

They tried to be gentle and diplomatic as they said no, while being firm and absolute. The results were predictable. Randi pitched a fit. The girl screamed and cried. She accused her parents of being unfair. She dragged in the fact that all the other parents had said yes. That she alone had monstrous parents who were control freaks. She said it wasn’t fair. Randi also reminded them that her friend’s parents trusted the friend to keep things clean and safe.

Saying No: The Right Thing to Do

Randi begged, yelled, cried, and slammed doors. But Lynn and Jordan were determined to stick to their guns. They decided they didn’t care about anything but keeping their daughter safe. They knew that saying no was the right thing to do.

Lynn and Jordan made a wise decision. The teenage brain is undergoing changes, pruning away gray matter on the way to becoming fully mature. These changes mean that teens have stronger emotional reactions and may feel a sense of urgency about situations, a need to act. A teen’s impulse control is weak, compared to that of an adult. That tendency for poor impulse control is the things that worried Randi’s parents most.

Lynn and Jordan knew that when teens drink, they drink too much. Teens don’t know how to stop once they get started. The same with taking drugs or making out. Teens also have poor planning skills which is why so many teenagers get into dangerous scrapes.

But saying no to a teenager is different than saying no to a toddler having a tantrum. A teen has the endless ability to twist facts and lay guilt trips. It’s hard for a parent to stand firm in the face of a teenager’s crazed reaction to a parent’s dictate.

Saying No Can Be a Conversation

Dr. Ari Yares, a licensed psychologist, parent coach, and nationally certified school psychologist, believes that how you say no, and how you involve your child in the way the decision plays out, makes a difference. “When having the conversation, share with your child your reasoning and be as transparent as possible within the circumstances. Allow them an opportunity to voice their objections and, when possible, engage in some problem solving that might lead to a modified answer.

Family therapist Elisabeth Goldberg, LMFT, says the trick is to keep going over in your head the reasons why you said no. This can give parents something to do as the teenager screams and yells and help the parent remain firm in his or her resolve. After all, if you have a good reason for saying no, there is no reason to change your mind. The issue is wanting to avoid feeling bad as a teenager yells at you.

“It must be very hard to own your parenting style. With constant comparisons of wealth, health and happiness, it’s no wonder why so many parents give into their kids and go against their better judgement. Technology has made our culture obsessed with popularity like never before, and parents are not immune to that competition in the least,” says Goldberg.

Yares suggests parents minimize the embarrassment of being forbidden an activity by speaking to the child in private. “It can be tough when you are the parent saying no when everyone else says yes and your child may be mad at you for the decision that you are making. It’s important to make sure that when saying no in a situation like this that you minimize the public embarrassment of saying no. Pull your child aside for a more private conversation by saying, ‘We need to discuss this.’”

Dr. Goldberg, meanwhile, feels that the most important part of saying no is to resist all the pleading and crying, to learn to let it roll off a parent’s back like water off a duck. “What makes parents say yes when they should say no is poor distress tolerance. The child asks and the parent is initially annoyed, then it progresses and goes deep, cutting into their core of self-worth as a human. When parents can’t say no to their kids, it’s because they can’t tolerate other discomfort; their threshold has already been crossed,” says Goldberg.

Any parent whose teenager pleads and cries for a long enough time is going to question whether they are doing the right thing in saying no. This is normal. But it’s important to remember that if you give in, your child will only make a stronger fuss the next time you say no. She already knows you’ll give way if she screams long enough and loud enough.

And of course, if you show weakness, you teach your child weakness. Standing firm, on the other hand, is a good example for your teenager. “Parents who stand firm and present themselves as authority figures through positive messages of respect and experience raise more secure children than those who fall apart at small signs of aggravation. Distress tolerance is a very undervalued skill for parents. Parents who cannot tolerate distress will teach this to their kids, who will grow up believing that hardship past a certain point is unacceptable. They won’t be very adaptable, and tend to make poor partners,” says Goldberg.

But how should a parent steel himself against all that begging and crying? “Saying no comes down to training yourself to tolerate various levels of distress by reflecting on the thoughts and feelings that come up when you try to say no and don’t,” says Goldberg.

In the case of Lynn and Jordan and their daughter Randi, though the girl reasoned and cried, her parents stuck to their original position on the subject of the weekend house party. No remained no and Randi stayed home. The girl moped and complained but once the party was past tense, she and her parents got past their relationship hump. It was only a few days before things were back to normal.

The moral of the story is: stay strong and remember why you’re saying no. If you wuss out and give in, you’re only setting yourself up for failure at a later date. And your child will have had a really bad example of weak character to follow.