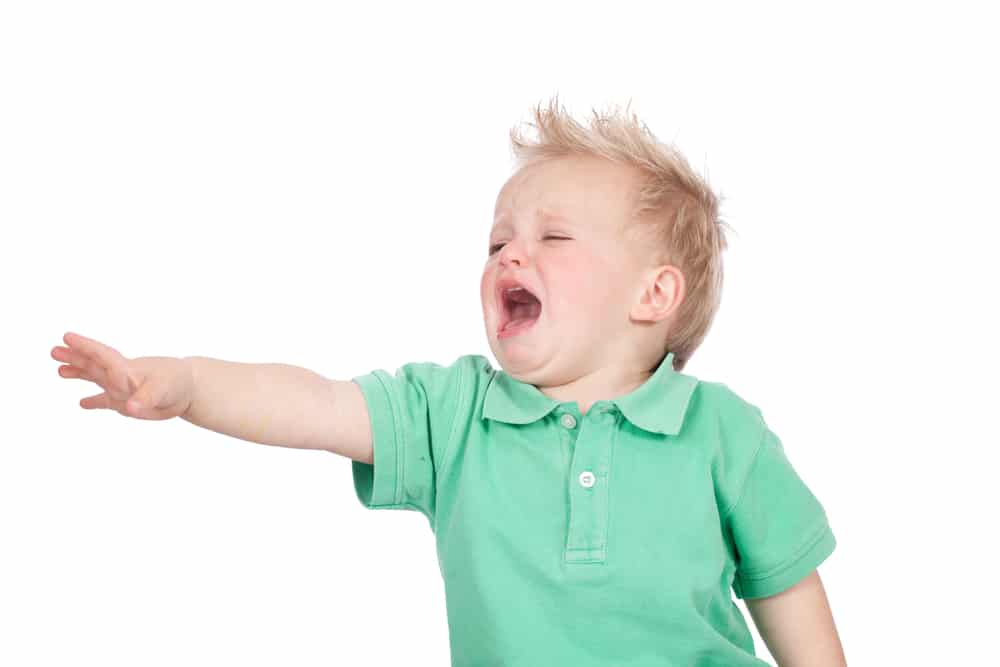 Saying no to kids, denying them what they want, is one of the most difficult aspects of a parent’s job description. Sometimes it’s difficult because we’d rather please than displease them (think candy before bed, or that expensive toy she really wants), and sometimes it’s difficult because we know the reaction will be unpleasant. Picture this: you’re in line at the grocery store and your toddler demands a candy bar from the rack near the cash register. If you say no, you risk your child having a very public tantrum.

Everyone will look at you as your child screams, completely out of control.

Wouldn’t it just be a lot easier to give in and give the kid the danged candy bar? Just this once?

The problem is, that’s how your kid learned to act out in response to “no” in the first place. 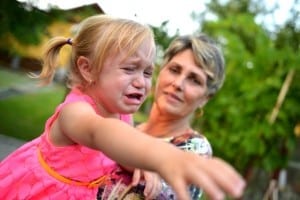 You said no, he cried, and you gave in. So no—don’t do that again.

You’d just be setting up yourself (and your child) to lose.

Instead, rethink the situation. Your job as a parent is to set limits. Controlling how your child feels about those limits or reacts to them, is definitely NOT your job.

If you confuse the two, you are likely to set up a pattern of behavior from which it is very hard to return. Give in and give that child the candy bar to spare the ears of the other customers and you’re, quite frankly, toast. Your child now knows that if her bottom lip even gives the appearance of the beginning of a quiver, you will give her that Mounds bar with swift dispatch.

Years ago, a neighborhood couple invited my family for supper. Their only child, a little boy of two, was put to bed, but cried and was allowed to rejoin the rest of us at the table. He cried, and rubbed his eyes, and was miserable. So his mother, our hostess, put him to bed again. But he cried so she brought him out again.It went on for an interminably long period of time. Into bed he’d go, then he’d cry, and she’d bring him out again.

It was awful to sit through that. The boy needed to sleep. The mother was afraid of his tears. To me and my husband, what happened here bordered on child abuse. The kid needed to sleep and the mother wasn’t allowing him to do so because she was so afraid of his crying. To us, it seemed selfish. She didn’t want to hear crying, so she wouldn’t put her child to sleep. Also, we wondered who was in charge here. The mother or her 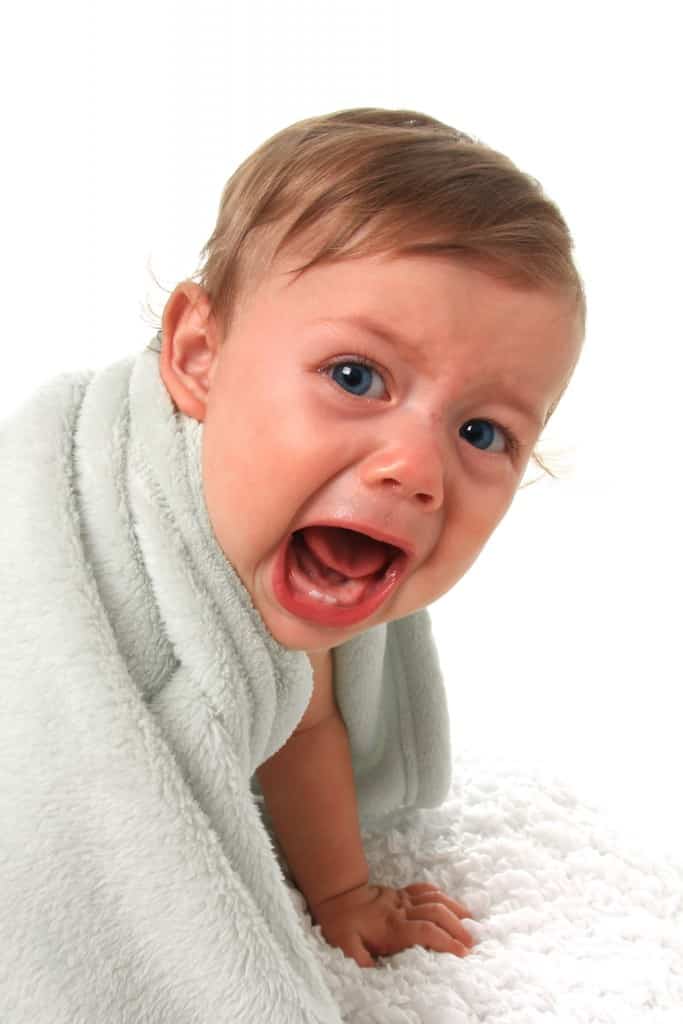 She needed to let him cry it out. Nobody normal enjoys the sound of crying. But that’s part of being a parent: doing things we don’t always enjoy for the sake of our children’s wellbeing.

Kids need to learn how to cope with rejection. It’s a skill they will need if they are ever going to be normal, functioning adults. Imagine, you ask your boss if you can do something and he says no. Are you going to accept this with grace or are you going to YELL at him and um, lose your job??

You are doing your child no favors by giving in for the sake of avoiding his momentary displeasure. Sure, none of us like to fight. None of us want our children to be unhappy. We’d rather do the easy thing and say yes and avoid all those nasty feelings.

Here it is helpful to step back and think of the bigger picture.

Instead of giving in, stop and ask yourself three questions:

Okay, but what happens if you’ve already given in and set up a pattern in which your child acts out in response to a parental “no?” Here again, it is crucial for a parent to clarify in his own mind, his job as a parent. That job is about setting limits, and not about controlling the child’s response.

Your child may be screaming, whining, hitting, hissing, spitting, throwing things, or whatever. Your job is to say, “That’s not going to get you what you want,” and then for you to walk away. In a public space where you cannot walk away from your child, try deep breathing, then smile at the people around you and say, “I’m so sorry, but I need to teach my child that no means no!”

When you feel on the verge of giving in, remember to ask yourself the three questions cited earlier. But if you still feel like you’re getting ready to crack and give in to your child’s demands, try giving yourself a positive talking to. Here are some suggested phrases you might say to bolster your firm stance against giving in to a child’s unreasonable demands:

Some parents find that instead of yelling and screaming, their children react to a no by becoming positively angelic. Your daughter goes outside and picks wildflowers to present them to you as a bouquet. Or she scrubs the bathroom shiny clean. You know what follows?

You feel REALLY guilty for your earlier no. You’ll want to give in. 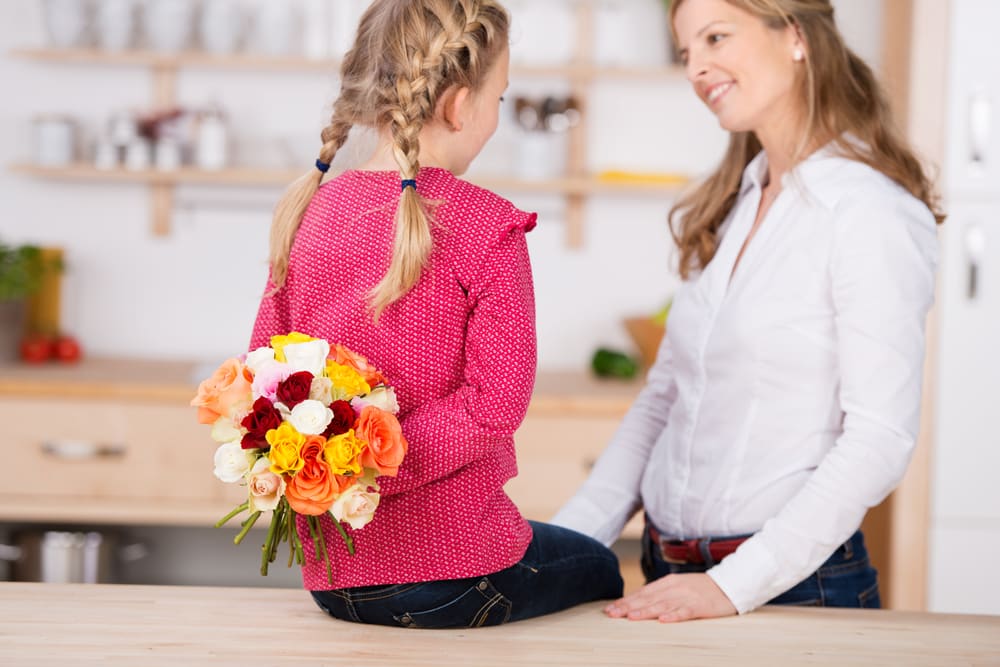 All you’ll do is set up a pattern of behavior in which every time your child wants something she shouldn’t have, she makes you feel guilty so you’ll change your mind.

Come on. You know that’s not healthy.

In addition to tantrums, and manipulating parents into feeling guilty, there’s another type of behavior you might encounter from children determined to overrule a parent’s no, and that’s negotiation. You tell your 15 year-old that she needs to be home by midnight and she says, “12:30?”

The problem here is that if you give in, you risk being seen as non-serious. Midnight doesn’t really mean midnight. No doesn’t always mean no. If you allow negotiations to take place you set your child up for handing in papers late, because he didn’t realize that Sunday really meant Sunday. You set him up for missing work deadlines as an adult. And in allowing your limits to be overturned, you’ve lost all authority, to boot. 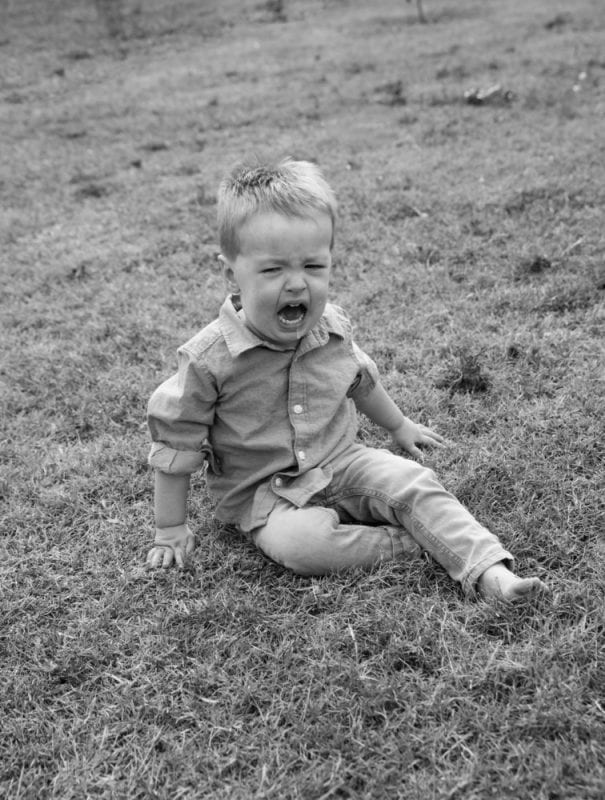 That doesn’t mean you can’t be flexible when your child brings up a reasonable and thoughtful counterpoint in response to a limit. Let’s say you tell your daughter she can’t stay up past midnight for a social function on a school night. She doesn’t act out, but quietly walks away, thinking about what you’ve said.

The next day, she comes to you and says, “If I have all my schoolwork done before I leave, and my room is clean, can I stay an extra half an hour?”

Here, where your child has been behaving appropriately and has obviously put some thought into the reasons for the limits you’ve set on staying out late, it’s okay for you to consider her offer. If you are satisfied that no harm will come to her from giving in, and her request is reasonable, you can show a bit of flexibility. Demonstrating to your child that sometimes it’s okay to be flexible can be a good lesson—and an important one—in growing up.