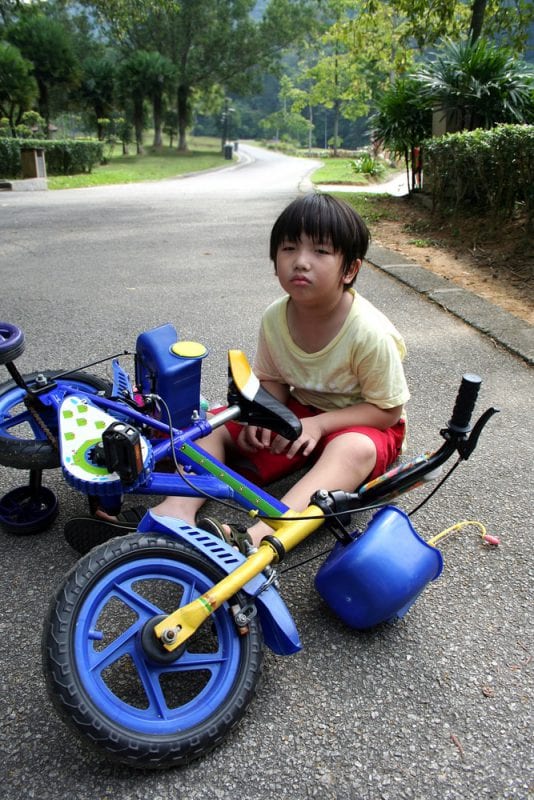 Children who learn from their mistakes, who learn how to improve and understand that mistakes are part of the learning process become more adaptive, resilient learners. That’s a conclusion made by Dr. Carol Dweck, professor of Psychology at Stanford University. In one experiment, Dweck asked “400 5th graders of diverse backgrounds who were enrolled as students in New York City schools to take an easy short test.” Nearly all performed well.

Half of the children in the experiment were praised for “being really smart.”  The other half were complimented for “having worked really hard.”

Based on this study, Dweck made two conclusions. When a child is complimented on talent such as intelligence, that child will do everything possible to maintain the believe that he or she is intelligent. Any failure or mistake in a child’s mindset could change that believe system. On the other hand, if a child is complimented on working hard, on the process, that child is more willing to sustain the effort of working in order to sustain the compliment.

Dweck termed these two mindsets into “Fixed” and “Growth” mindsets. Children with fixed mindsets believe they’re either good at something or not. If they believe their not, they’re less willing to try after a failure. In contrast, children with growth mindsets are more adaptive. Because they believe they must work hard at the process, they learn to expect failures along the way as part of the learning process. These children also learn that intelligence is linked to process and their own efforts.

Her findings come on the heels of more than 30 years of research into over-indulgent, helicopter parenting styles. The findings are discouraging not just because of the fixed mindset, but because of the consequences of a fixed mindset on an entire generation of adults and subsequent children.

Dr. Tim Elmore, an author, international speaker, and president of Growing Leaders, a nonprofit that helps develop emerging leaders under the philosophy that each child is born with leadership qualities, concurs and discusses the seven ways parents prevent their children from developing a growth mindset.

1. We protect our children from risk. It’s hard to see our children hurt. By not allowing our children to engage in some level of risk, we are preventing them from exploring, from figuring out their own mistakes. Some of the greatest comebacks are solutions our children discover themselves after potentially serious mistakes. Does that mean we let children walk on the roof? No. But as my grandmother used to say, “Sometimes you have to let your kids believe that you’re not watching even if you are.” Sometimes you have force your children to make the mistakes and deal with the repercussions themselves.

2. We rescue them too quickly. Scenario: Your child falls off a tricycle. Stunned, he looks around to see if he’s in one piece. Secondly, he looks to you for your reaction. Do you a) swoop him up and tell him, “oh poor thing. Mommy’s so sorry you got hurt,” or b) do you wait, hide behind your boring novel and pretend that you didn’t see it, or c) do you watch him fall, pause to react, and encourage him to get up, to get back on that bike? If you want to encourage growth mentality, the correct answer is “c” unless he’s legitimately injured..

3. We indulge them with praise. A little praise is fine. A lot loses its effectiveness. Working on a ten-page research paper and turning it in by the deadline is not the same as a four-year-old crayon and watercolor art project. As parents, we have to modulate the praise based on the process and act. A parent needs to modify praise based on the process. Consistent, over-indulgent praise loses its credibility and power. Saying that, too much criticism tells a child that no amount of effort on their part will win praise.

4. We feel guilty. Guilt is a useless emotion unless you’ve genuinely done harm. Then guilt is a powerful motivator for remorse and restitution. Parenting requires some emotional distance and effective parenting means you have to rein in the guilt, at least the guilty feelings your child sees. If you always feel guilty, your child will become an expert manipulator in getting what he or she wants.

5. We don’t share our own stories of failure and triumph with our kids. Yes, you should share age/developmentally appropriate stories with your children to show how you’re human, that you made your fair share of mistakes, and how those mistakes shaped you. For example, one of my children has ADHD. I told her about my struggles with attentional issues and how I learned how to adapt and overcome those hurdles. that I have struggled with attentional issues my entire life. But I also told her that I never quit and that she musn’t too. My children also know that I have a terrific fear of heights. I hate walking on bridges that span rivers and gorges. I don’t like chair lifts, no longer ski. I also have a phobia of driving across water-bound bridges such as the Cheasapeake Bay Bridge and Tunnel, a 10+ mile long span across the Cheasapeake Bay. However, on a bet, I jumped from an airplane. It was sheer terror being thrown backward out of a twin-engine at 13,500 feet. Yes, I was tethered to an experienced jumping instructor who had clocked more than 10,000 jumps as a KGB soldier. Yes, I did have a parachute. But I did it anyway and my children stood on the ground and applauded because I was afraid and did it anyway. Sometimes children need to see those vulnerabilities in parents.

7. We don’t live up to our own standards. If you set a standard for your child, you better live up to that standard especially as a role model. The child hears the words, see the actions, and decides that the words have no value.

But there’s more. Raising healthy children with growth mindset happens when a parent recognizes boundaries, when a parent sets a standard, reinforces it, and understands that a child is a malleable being who must be trained, shaped, and prepared for the adult world. The child is not an extension of the parent’s successes or failures and not a contributing factor of a parent’s sense of wholeness.  A child, to be emotionally healthy, independent, and willing to learn must be taught to experience risk, mistakes, and the ups and downs of the human experience.

And that only happens if a parent is warm and loving, willing to set limits and unwilling to breach a child’s psychological boundaries by invoking shame or guilt. Parents must acknowledge their own anxiety. Your job is to know your child well enough to make a good call about whether he can manage a particular situation