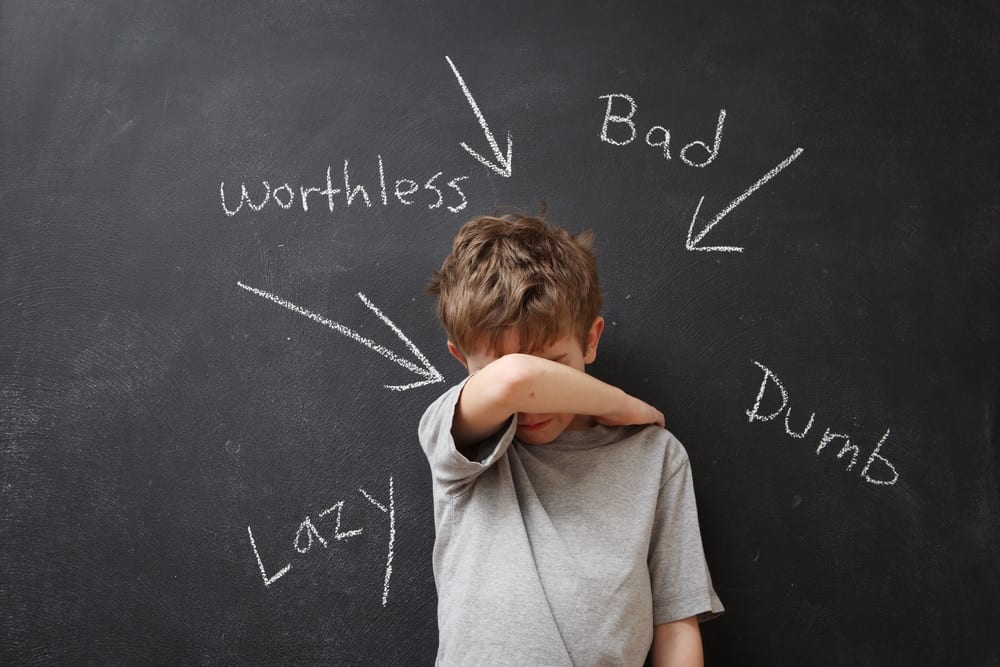 What if ADHD were a fashionable diagnosis?

What if it was a diagnosis every parent wanted for their child because it meant intelligence and creativity? What if top prep schools, colleges, and B-schools screened students for the ADD/ADHD trait because it was a good predictor of success, the kind found in the likes of Richard Branson, CEO of Virgin Air, Kevin Neeleman, CEO of JetBlue, Steve Jobs, founder of Apple, Paul Orfalea, CEO of Kinkos and many other Fortune 500 executives?

What if having ADHD was so valued that the school system provided educational and therapeutic programs such as cognitive behavioral therapy, sensory movement classes, and executive skills coaching, programs that can benefit every child, with or without ADHD? What if ADHD was seen as a positive, a gift rather than a problem?

Wouldn’t it be great if that happened?

That’s how I felt after reading Richard Friedman’s, “A Natural Fix for ADHD” in The New York Times (10/31/14). I felt recharged, renewed, and more hopeful. Friedman bucks convention and takes a more erudite approach on the subject of ADHD. ADHD isn’t such a bad thing. And, it can’t really be a disease if nearly 11 percent of young people between the ages of 4 and 17 have it. Instead Friedman suggests that ADHD might be a hard wiring, a set of traits with an evolutionary advantage. Those in a hunting/gathering culture would have needed traits found in ADHD to survive.

“Recent neuroscience research shows that people with ADHD are actually hard-wired for novelty-seeking — a trait that had, until relatively recently, a distinct evolutionary advantage. Compared with the rest of us, they have sluggish and underfed brain reward circuits, so much of everyday life feels routine and under-stimulating. To compensate, they are drawn to new and exciting experiences and get famously impatient and restless with the regimented structure that characterizes our modern world. ”

Once society evolved in an agrarian one, those adept at hunting/gathering were like surgeons without scalpels. They were ready for action, but no  longer needed, they weren’t useful or valued. Imagine how frustrating that must have been?

Thom Hartmann, author of The Edison Gene: ADHD and the Gift of the Hunter Child seems to concur with Friedman. He also suggests that the ADHD is not a disease at all. It’s a neurological wiring that affords human beings “brilliant success as innovators, inventors, explorers, and entrepreneurs.” Thomas Edison was one such child. Expelled from school with behaviors that might be classified as ADHD, he was homeschooled by his mother. And we all know how he ended up.

Hartmann suggests that some global catastrophe 40,000 years ago triggered the development of this gene. Those carrying this gene could adapt to changing conditions, were inventive, creative, impulsive, and adept as hunters/gatherers. He suggests that human beings still carry this gene and that it could be an evolutionary advantage as humanity faces future challenges.

It’s the Picassos, Steve Jobs, and Bill Gates who show the potential of the Edison Gene. If we try to medicate it, beat it out of our children, not only will we fail; but we will diminish the potential present in our children. As parents and educators, we need to utilize strategies that help these children maximize their potential because the gene could be a gift to society.

What exactly are the traits Friedman refers to? Young people with legitimate ADHD tend toward restlessness, inattention, and lack of focus. They also tend to be energetic, disorganized, easily bored, appear energetic or akin to the “Eveready Battery” when tired, seek out novel experiences. They’re also extremely curious, in anything that grabs their attention; and they’re risk-takers.  As adults, they multi-task, juggle an insane number of activities, handle more than the average person, can be impatient, judgmental, and enjoy risk-taking activities.

I felt that way as a kid. At times I still feel that way.

I don’t think I had the “H” component, but I definitely had some attentional issue going on, even though I was never diagnosed. I hated school, found sitting in a desk painful. Within five minutes into class, I was doodling or daydreaming and unless the teacher called on me, I rarely knew what was being covered in class. English, Math, and Social Studies were horrid subjects. And my grades reflected that attitude. Mrs. Parks, my third-grade English teacher gave me a “D” in spelling. Mrs. Martin, my 4th grade teacher gave me a “D” in math. And my report-card comments consistently said, “she’s a sweet girl but need to focus and apply herself more.”

To combat the restlessness, I immersed myself in the creative. I drew, learned to knit, crochet, and sew at age eight, read cookbooks to study the recipes and cooked dishes my mother wouldn’t. I could spend endless hours with my spirograph set. I constructed life-size dummies and propped them up throughout the house just to see my parent’s reactions. I could build a 500-piece puzzle in a day. I also had a keen sense of direction. It was like I saw the world as a topological map. Wherever we went, I studied the map for a few minutes and knew how to navigate.

But there were learning exceptions. Occasionally something caught my interest and I wanted to learn. In Mr Cushing’s fifth-grade science class, I became interested in the solar system. After studying all about the planets, their topology, atmosphere, and moons, I made a mock interview with my friend Vicki, where each of us posed as a aliens and talked about life on our respective planets. We covered all nine planets (Pluto was still considered one) and giggled on tape when Uranus came up. After all, we were still kids. But I remember the pride I felt in that project. Mr. Cushing played our tape to the class and gave us extra credit.

As I got older, I found mentors who could teach me skills I seemed to be lacking. In 11th grade Physics, I still struggled with concentration. In class, I challenged myself to listen to Mr. Shore but five minutes. Then another five minutes. And I played this game with myself until class ended. I hung out with the “nerds,” the kids who took BC Calc at the local university, who aced the SATs. And when I ended up in AP European History with the “smart kids,” I decided I would pass the class, do or die. I plowed through the dozen or so historical paperbacks Mr. Forrey had assigned, studied the structure of a perfect argument essay, and did relaxation breathing to get through exams. I aced the class.

Some classes I decided merited attention. Don’t ask me why. High school typing class was just one of those subjects. Perhaps it was the clicketty-clack of the keys, the competitive spirit of being the fastest typist in a class of 30, or my teacher’s name. Darryl Hatfield. A distant relative of the infamous Hatfields and McCoys, he used to share little bits of family lore. I loved it. So for him, I worked.By the end of the year, I had an A and typing speed of a 120 words per minute.

But the scars of not being able to focus continued to plague me. I never quite felt I could achieve what others did.

Twenty-five years in the parenting business, I have raised a few children with similar traits–the boundless energy, creativity, distractibility, irritability, and intelligence. They are artists, engineers, interactive designers and excel in the professions where they feel most at home. It wasn’t easy raising them and during the journey, I learned a few things along the way.

You can’t medicate ADHD out of kids. It’s part of who they are. It’s what makes them unique, interesting, and brilliant little people.  Sometimes medication can slow them down a bit, filter out some of the noise, the brain clutter, so they can learn life skills and academic skills. But medicine isn’t a quick cure; in fact, it can create more problems than the ADHD.

Change your perspective. If you feel negatively about the ADHD, your child will pick up those vibes. Your child might not be Steve Jobs material but he can be the best he can be. To help him, you need to change your attitude about the problems and gifts ADHD affords. According to Dale Archer, clinical psychiatrist, author, and contributor to Forbes.com, parents can create more problems by expecting a child to conform, to turn off the ADHD symptoms once they’re on pills. Parents can also force a child who might not need stimulants to use them. Labeling your child as a problem can negatively influence his attitude about himself. Also, get the right medical professional to review your child’s case. Do your research and don’t ask for pills just because it seems easy. Pills such as Adderall, Ritalin, Concerta, or Focalin can create problems–motor ticks, addiction, sleeplessness, and eating problems.

Find a Support Group. Groups such as CHADD.org (Children and Adults with Attention Deficit/Hyperactivity Disorder) is an accredited nonprofit organization whose sole purpose is to support adults, children, parents, and providers with children/students/clients with ADHD. It has a network of providers, services, schools, and support groups. Parenting a child with ADHD can be exhausting and it’s always helpful to vent to a therapist in a group therapy setting or to pick up a couple creative parenting tips that have worked for others.

Look for Cognitive Behavioral Therapy. Also known as CBT, it focuses on the relationships between thoughts, feelings and behaviors. By exploring patterns of thinking that lead to self-destructive behaviors, it’s thought that people with certain disorders like ADHD can modify patterns of thinking and lead more functional lives.  In fact, CBT and other services helpful to a child with ADHD can frequently be found state-funded therapeutic centers that accept insurance or offer services, sometimes at a reduced rate. While much of the population at these centers falls on the autism spectrum, many children with autism spectrum disorder have ADHD too. One center in New Jersey, Marble Jam Kids offers yoga and dance, occupational and physical therapy, drama, and music and art therapy. Some offer inclusion-type camps where kids with ADHD can learn some valuable social and problem-solving skills, collaboration, and many others. If you have a child with ADHD, you know that some children struggle with social boundaries, problem-solving and collaboration, and hypersensitivity to tactile stimulation..

Find an excellent clinician or specialist, one whose specialty is developmental disorders. According to CHADD.org, it’s not unusual for ADHD to be clustered with other disorders. Many of the top entrepreneurs mentioned struggled with learning disabilities such as dyslexia, dysgraphia, and many others. ADHD might be a disorder secondary to Tourette’s, Bipolar Disorder, or Autism Spectrum Disorder. Find a clinician experienced in developmental disorders, one who can assess whether ADHD is primary or secondary to others.

Get Your Child Involved in an Exercise Problem: Exercise is good for everyone. It can cause the release of endorphins, the happy hormone. It is a tension reliever. And getting your child involved in a sport can be good for his mind, body, and soul especially if he develops an expertise. Remember Michael Phelps, Olympic Gold Medalist in Swimming? He had ADHD and swimming was an outlet for him when he was a child.

Encourage the Positives: If your child has a creative outlet, encourage it. Sign him up for art, pottery, sewing, cooking classes, or any activity that can help him develop any talents.

Most of all, love your child. Let him know that he’s perfect the way he is, that you wouldn’t change him. And be vigilant. Any gift worth having is worth fighting for.