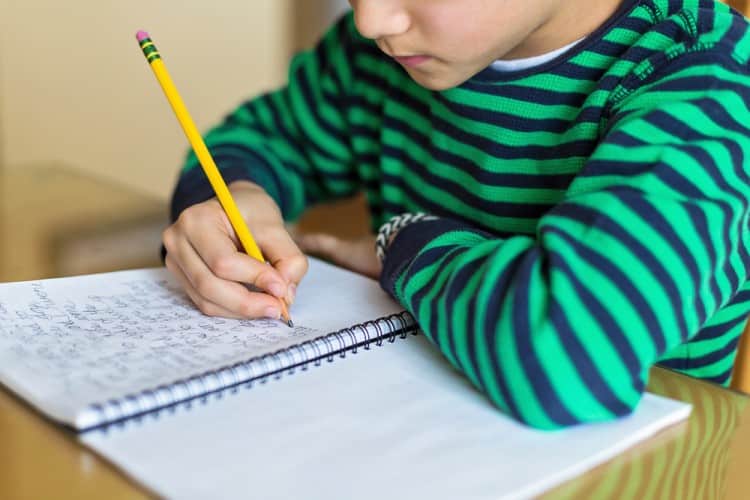 Stealth dyslexia is the term that’s used to describe children who struggle in school despite having average or gifted reading abilities.  Does your child have a larger vocabulary than most adults you know, but find it hard to use a pencil? Does your child read books suited to a college student but often mispronounce words?  Are his grades just not showing what you know he can do? It’s possible your child has stealth dyslexia. It’s not as uncommon as you might think.

When we hear the word “dyslexia” most of us think of reading difficulties. The experts, too, define dyslexia as something to do with reading, a skill most children master by the end of third grade. In 2002, for instance, the board of directors of the International Association for Dyslexia adopted this official definition of dyslexia:

Dyslexia is characterized by difficulties with accurate and / or fluent word recognition and by poor spelling and decoding abilities. These difficulties typically result from a deficit in the phonological component of language that is often unexpected in relation to other cognitive abilities and the provision of effective classroom instruction. Secondary consequences may include problems in reading comprehension and reduced reading experience that can impede growth of vocabulary and background knowledge.

Still, it is important to note that dyslexia is a complex neurocognitive or brain difference that is different for every person, since no two cases of dyslexia are exactly alike. If we think of the brain as a circuit board, it’s easy to see that the wires can be tangled or disconnected in a variety of ways, each tangle or disconnection having its own, specific end result. For this reason, the concept of dyslexia as a reading difficulty just doesn’t cover all bases.

Dyslexia can, for instance, cause difficulties with spoken language, handwriting skills, physical coordination, math ability, organization and time management, sequencing, time orientation, left/right orientation, visual or auditory processing, memory, hand/eye coordination, and spatial awareness. Sometimes there are even specific terms to describe the various difficulties caused by dyslexia. Dysgraphia, for example, is a writing difficulty, while dyspraxia is a difficulty with physical coordination. Dyscalculia is a difficulty with numbers and math. Despite the fact that terms have been developed for these three learning differences, all of them are types of dyslexia. Dyslexia is an umbrella term that covers a lot of ground.

Drs. Fernette and Brock Eide developed the term “stealth dyslexia” to describe students who struggle in school, despite having excellent reading and/or verbal skills. The husband and wife team (both of them dyslexic), added the word “stealth” to the word “dyslexia” to reflect the idea that such children fall under the radar and escape diagnosis for dyslexia, because their symptoms are not those we normally think of as being associated with dyslexia. As a result, these students don’t receive the help they need to manage their learning problems. Which is a shame.

Often, children with stealth dyslexia have such great verbal skills they may even be thought of as “gifted.” Children with stealth dyslexia may use their advanced verbal skills as cover for their mild issues with auditory and visual processing; issues that in other children may cause the reading difficulties more typically associated with dyslexia. After seeing this type of dyslexia so often in their practice, the Eides decided this difficulty deserved a name of its own, and called it “stealth dyslexia” to hint at the nature of this sort of dyslexia that so often fails to draw attention and so goes undetected and unaddressed.

By far, the most common manifestation of stealth dyslexia is dysgraphia, or poor handwriting skills. Children with dysgraphia find it difficult to translate the words in their heads into symbols created with paper and pen. They lack the motor skills necessary to make writing happen. It can be physically painful for such children to write, and their attempts at writing are difficult for others to read.

In the early grades, children are taught how to form letters, with arrows explaining where to start and how to proceed. A child with dysgraphia will be unable to remember these instructions and may end up with exaggerated loops, uneven spacing between letters and words, and inverted or reversed letters. The child may not be able to remember where to place a sound within a word when writing it down.

When faced with the signs of dysgraphia in their children, parents may react with confusion. They see a child with (sometimes) college-level verbal skills who cannot write the letters of the alphabet. Where the child is also clumsy because of the sensory motor skills issue known as dyspraxia, the gap between his report card and his obvious giftedness will be even more apparent to the naked eye. The last thing a parent will think of is that his child has dyslexia, because the child has good or even amazing reading skills.

Stealth dyslexia is not as common as plain old garden variety dyslexia. As such, even an expert evaluation may fail to turn up the real problem as yes, just a variation on a theme, that theme being dyslexia. That’s a shame, because given the proper tools, there’s no reason a child with stealth dyslexia can’t excel in his schoolwork. A keyboard, for instance, may mean the difference between a failing grade on a term paper, and a groundbreaking paper filled with original ideas set forth in solid, legible type.

There is no cure for dyslexia and the same holds true for stealth dyslexia, which after all is just another form of dyslexia. But there are ways and means to deal with the issues that arise. A child who is brilliant with words, but can’t add two plus two, for instance, can receive the correct sort of interventions with an early diagnosis of dyscalculia, a form of stealth dyslexia.

If your child is verbally gifted and reads like a fiend, yet struggles in school, it’s a good idea to have him evaluated by a dyslexia expert for stealth dyslexia and the sooner the better. Early interventions can make or break a child’s academic career. And when it’s your child, failure is never an option.