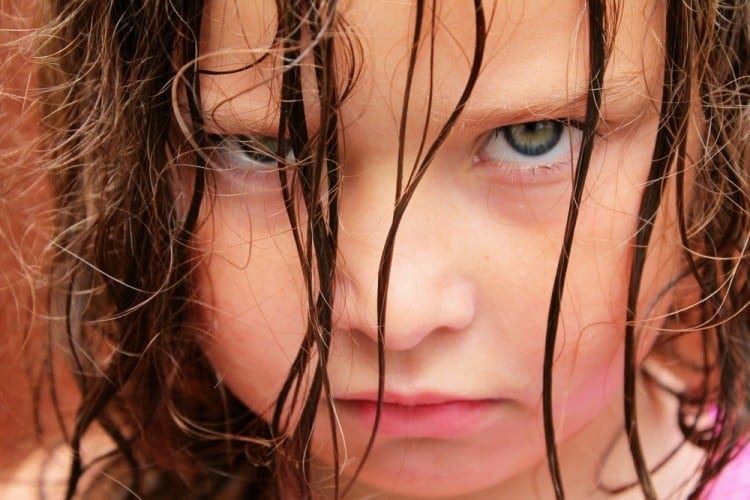 Oppositional Defiant Disorder (ODD) is what you call it when your child argues just for argument’s sake, not just a few times a day, but consistently, in every case. You say that the sun sets in the West and he says, “No it doesn’t.”

You say water is wet, he says, “Nuh uh.” And he does this all day, every day, from the moment he is awake until the moment he’s asleep. And he’s been doing it for years.

But at what point do you draw the line and say, “This just isn’t normal?” and go seek help?

Well, according to the Diagnostic and Statistical Manual of Mental Disorders (DSM-5), published by the American Psychiatric Association (APA), ODD is diagnosed based on behavior that fits the following criteria:

Oppositional Defiant Disorder is Both Emotional And Behavioral

So what does the DSM-5 mean by “these categories?” ODD includes both emotional as well as behavioral symptoms.

Oppositional Defiant Disorder: When Does it Start?

Oppositional defiant disorder often begins in the preschool years–say before the age of five–and almost always begins before full-blown adolescence sets in. In diagnosing ODD then, the physician looks at the child’s age and the frequency of the child’s difficult behavior. In kids under five years, the doctor is looking for the behavior to occur on most days for a period of at least six months. For children past the age of five, the physician looks for the behavior to occur once a week or more for six months or longer.

Oppositional Defiant Disorder: So How Bad is it?

Doctors judge the severity of ODD according to the number of settings in which the behavior occurs. The symptoms may first show up in only one setting, and then spread to other settings, too.

Symptoms occur in a single setting, for instance, only at home or only at school

Displays symptoms in three settings or more, for instance, at home, at school, and with friends

For some children, symptoms may first be seen only at home, but with time may extend to other settings, such as school and with friends.

Oppositional Defiant Disorder: Is There a Cure?

Treatment for ODD is mostly based on cognitive and behavioral therapies such as parent training, parent-child interaction therapy (PCIT), Individual and family therapy, cognitive problem solving therapy, and social skills training. Medication isn’t the first line of treatment here, unless, as often does happen, ODD is comorbid with (coexists with) other disorders requiring medication, such as ADHD. (In case you’re wondering how often that happens, over 40% of children with ADHD, also have ODD.)

So you’ve read up to this point and you’re still wondering: what really is the difference between Oppositional Defiant Disorder and plain old bratty, spoiled, nasty behavior? Is this really a mental health issue, or just a kid who needs better parenting? Considering that treatment for ODD typically includes parent training, some may go so far as to suggest that ODD is the parents’ fault. 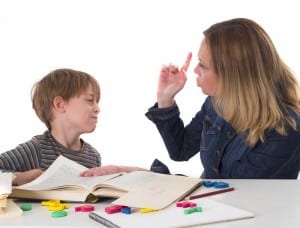 On the one hand, this is insulting and probably unfair. Especially since the parent training is specific and geared toward parenting a child with ODD. On the other hand, not everyone believes that ODD is a mental health condition. Bruce E. Levine, PhD, for instance, isn’t totally convinced ODD isn’t just a manifestation of the spirit of those who buck the establishment and get things done.

According to Levine, the child with ODD today is the Tom Paine, Malcolm X, or Emma Goldman of yesteryear. If Levine is correct, is this really something we want to treat? Levine cites John Holt, who criticized the educational system for stifling creative thought.

Holt describes the passive-aggressive behavior of slaves or prisoners in concentration camps, designed to placate authority figures while keeping a sense of self-dignity intact. The slaves and prisoners did this “by putting on a mask, by acting much more stupid and incompetent than they really are, by denying their rulers the full use of their intelligence and ability, by declaring their minds and spirits free of their enslaved bodies,” said Holt.

Similarly, Holt describes a phenomenon in which children “go stupid” in the classroom. By acting as though knowledge and reason don’t penetrate their brains, students effectively regain their sense of power and control over their teachers. They do this by withdrawing the best parts of their minds–the parts that are intelligent or creative–from the scene of the classroom.

This conscious act of “going stupid” is also used to describe ADHD by those who do not subscribe to the idea that ADHD is a medical or mental health condition. The theory has its basis in numerous studies that show people with ADHD have no difficulty paying attention or accomplishing the work at hand, when the subject is one that interests them. In other words, the “disease” vanishes in the case where the student is engaged in the material. When instead, the student with ADHD is confronted with boring classroom material, he withdraws his mind from the scene and allows it to wander. Thus, he “goes stupid” or displays passive-aggression in the classroom. 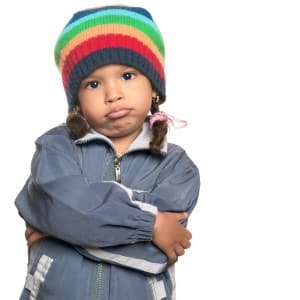 Levine continues in this vein by speaking about the way society deals with defiance. Typically, he says, defiance is subdued. Society’s response to defiant behavior is to treat it as a crime or a disease. Levine, a clinical psychologist, describes John Adams’ Sedition Act as a means for criminalizing criticism against U.S. government policy, for instance; and says that as long as there are authoritarians, there will be the anti-authoritarians, those who take action against them.

The upshot? A Big Pharmacy conspiracy theory. Oppositional Defiant Disorder, viewed according to this theory, is a conspiracy to suck the power out of those who would revolt against the established order. “Criminalize them! Medicate them!” says Authority.

The only problem with this theory is that Oppositional Defiant Disorder is not a crime, and is not treated with medication.

There goes that idea poof out the window.

Let’s say you think your child has Oppositional Defiant Disorder or your child has already received a diagnosis of ODD–what can you do at home to begin helping your child? Here are some tips for dealing with ODD on the homefront: 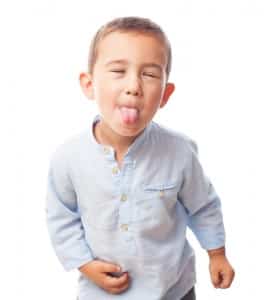 Look for the positive–When your child engages in positive behavior, praise him in a specific and meaningful way, “I was impressed by the way you jumped up to help me clear the table after dinner, tonight.”

Be a good example–Behave the way you want your child to behave.

Pick your battles–Don’t sweat the (relatively) small stuff. Save your energy for the arguments that really matter.

Stick to your guns–You are the parent. Set limits and enforce them consistently with sound consequences

Stay on schedule–Kids who are out of control especially appreciate consistency and a reasonable schedule. Ask your child’s help in drawing up a daily schedule/routine.

Be together–Build time into your schedule for spending time together with your child.

Create cooperation–It takes a village to raise a child. Make sure that everyone in your household and at your child’s school, for example, is in on the same page in working with and supporting your child.

Invent a recipe for success–Assign your child a chore he can easily do: one that is essential to the running of your household in some way. Give easy to understand instructions. With time, increase the level of difficulty and responsibility for your child’s assigned tasks.

Brace yourself–The behavior of children with ODD tends to worsen at first in response to a parent’s new expectations. Behavioral therapists call this type of response, an “extinction burst.” Here is where it is especially important to stand by your new parenting techniques and not give an inch. This is the key to success going forward.

The struggle is the reward–If you stick with your plan no matter what, you are bound to see your child respond with improved behavior. Remind yourself of this, every time you feel your courage lagging. Things will get better.

Things. Will. Get. Better.

Especially since, for a lot of parents of children with ODD, it often feels like things just can’t get any worse.

Here’s wishing you courage and strength!

Do you have a child with Oppositional Defiant Disorder? What’s your favorite tip for coping?