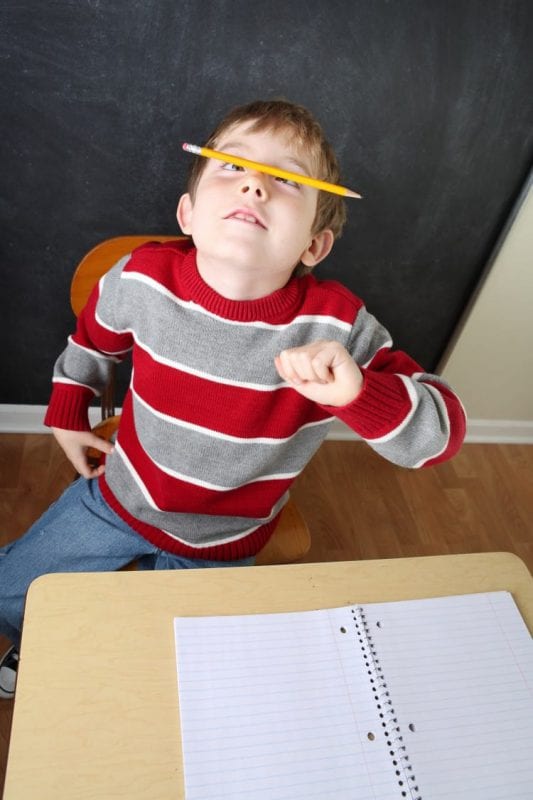 Comorbidity and ADHD: this is the term used by doctors to talk about conditions that come at the same time as ADHD. A child or an adult with ADHD, may, for instance, also have Dyslexia. In this case, an expert might say that a patient has ADHD comorbid with dyslexia.

Where there are comorbid conditions, it complicates the picture for the diagnostician. It makes it more difficult to diagnose the child’s ADHD condition and also makes treatment more of a challenge since the treatment for one condition, may worsen the other. Some of the most common conditions to be comorbid with ADHD include:

For a parent, learning that a child has other difficulties in addition to ADHD may seem disheartening. The parent of a child with ADHD and newly diagnosed dyslexia might think, “It’s not bad enough my child has ADHD? Did he really have to have dyslexia, too??”

This is an understandable reaction of a parent attempting to come to terms with the newest diagnosis of a child already in difficulty. In actual fact however, most people with ADHD (both children and adults) have other conditions or disorders that make it difficult to function in the classroom or workplace. Depending upon the type of condition, the comorbidity of ADHD with other conditions stands at anywhere from 60% to 80%. And in fact, someone with ADHD may have several comorbid conditions.

A learning disability is defined as a specific disorder that gets in the way of four basic processes required for learning: registering input (reading, listening), understanding information (context, integration), adding the information to the memory bank (long-term storage), and retrieving the information from where it is stored in the memory (recall). ADHD can interfere with these processes only in a general way, because of the distractibility, hyperactivity, and impulsivity it causes. But this is different than say, dyslexia, which is defined as an unexpected reading difficulty.

Continuing with the example of dyslexia, if a child has dyslexia, it is difficult for her to read. The letters may jump about, or the eyes may find it difficult to move from word to word across the page. The child may be incapable of making the association between symbols and sounds. Dyslexia can manifest in many different ways, but in each case has a specific impact on reading.

If a child’s dyslexia is comorbid with ADHD (as is often the case), this complicates things in a general way, making it even more difficult for the child to read, because it is hard for the child to stay focused on the material at hand. But ADHD does not, for instance, cause reading difficulties specifically.

ADHD is also comorbid with Anxiety disorders in some 25% of cases. The most common signs of anxiety are unexpected mood swings (happy one second, sad the next), extreme irritability, outbursts of anger, listlessness, and low self-esteem.

An anxiety disorder may also express itself in frequent absences from school; physical complaints; a tendency to avoid mastering new skills and concepts; and feelings of resignation and inadequacy. Here again we see symptoms common to both conditions: ADHD and anxiety disorder. If school is unpleasant for a child because his mind wanders and it’s so hard to sit in a chair for hours each day, he may beg to stay home from school on a regular basis, and may even have (very real) stomach aches at the thought of getting out of a nice warm bed, and going into battle in the classroom.

While these two often comorbid conditions, ADHD and anxiety disorders, have some common symptoms, it is crucial to get an expert opinion on what is causing the apparent symptoms. This is because the usual treatment for ADHD, stimulants such as Ritalin, while effective for ADHD, can actually worsen the symptoms of an anxiety disorder. For this reason, when ADHD is comorbid with anxiety disorders, treatment can be especially tricky.

Researchers have found that one quarter of all children with ADHD suffer from either a Mood disorder such as Depression, or an anxiety disorder. These disorders can worsen the symptoms of ADHD. For instance, a person with ADHD may find it difficult to control his feelings about his condition, in particular where there is a comorbid mood or anxiety disorder. Both children and adults with ADHD are prone to developing further issues, such as substance abuse, taking risks, and engaging in criminal behavior.

Depression occurs in 10% to 30% of children with ADHD. The symptoms of depression in children can greatly differ from those seen in depressed adults. An adult with depression may seem to be doing everything in slow motion, while a child may become more impulsive, irritable, and/or hyperactive.

Depression can result from the stress of dealing with ADHD. A child with ADHD may see the world as a place for which he is never quite prepared, and is often caught completely off-guard. He can feel rejected by his peers, and see them as unkind. He may find the classroom a living Hell. Where depression is a response to ADHD, treatment for ADHD often resolves the symptoms of depression.

Sometimes, however, there is a biological or genetic component to depression which can be comorbid with ADHD. It can be very difficult for the therapist to distinguish between symptoms caused as a result of ADHD to those that signify an additional disorder (depression). Taking the family history can help the therapist determine whether the symptoms are due to one condition (ADHD or depression) or two (ADHD comorbid and depression). It may also be helpful to establish a timeline for when the various symptoms occurred. Did the symptoms of depression come first, or those of ADHD? If a child suffers from both depression and ADHD, he should be under the care of a mental health professional, since he may be more prone to suicidal thoughts.

Anywhere from 21% to 60% of children with ADHD also have Oppositional Defiant Disorder. Oppositional Defiant Disorder (ODD) symptoms occur most often when the child interacts with family members or caregivers, people the child knows well. The child with ODD may argue or talk back to adults, and refuse to follow the rules. He may often be angry, and express feelings of resentment or vengefulness. While he may annoy people on purpose, he is quick to become annoyed with others. When things don’t go his way, he blames others for his own mistakes.

Sometimes a child’s behavior may seem to mimic the symptoms of ODD, but may also be a sign of the frustrating nature of dealing with ADHD in a “normal” environment. A child may see classroom demands as unreasonable, based on the fact of his ADHD condition. He may angrily refuse to do class work, as a result. Once a child with ADHD begins treatment, it may be found that he no longer acts out in this way.

Autism Spectrum Disorders first appear in early childhood and are expressed through severe difficulties with social interaction and communication. Some of the accompanying behavioral symptoms in Autism are similar to those seen in ADHD: impulsiveness, shortened attention span, aggression, hyperactivity, outbursts of anger. The young child with autism may be diagnosed with autism comorbid with ADHD. As the child grows older, however, it may become apparent that only one of these disorders is present, as some of the symptoms decrease in severity.

Children with autism tend to withdraw as they age and the difficulties in social interaction persist. The hyperactivity seen in autism responds to a change in environment, such as sticking to a schedule. Children with ADHD, on the other hand, find it difficult to wind down without medication, though they eventually learn how to make friends with their peers. These differences resolve the diagnostic issue as the child ages, so that a firm diagnosis of ADHD or autism can be conclusively made.

Because there is such a high rate of comorbidity for all of these disorders with ADHD (and others not described here, such as Enuresis, Tourette’s syndrome, and Sleep disorders), there is some confusion regarding what constitutes a true diagnosis of ADHD. Most people with ADHD, both adults and children, have a second (or even third and fourth) diagnosis in addition to ADHD. In many cases, the symptoms of these other diagnoses are the same as those of ADHD.

For this reason, some experts suggest that it is inappropriate to diagnosis a child with ADHD at a young age, since time may prove the symptoms as related to a different condition. At any rate, it’s time parents of children with ADHD were made aware of just how common it is for other conditions to be comorbid with ADHD. Your mother knew all about it when she intoned the old adage, “When it rains, it pours,” but Hamlet (via Shakespeare, of course) may have said it best: “When troubles come, they come not single spies but in battalions.”