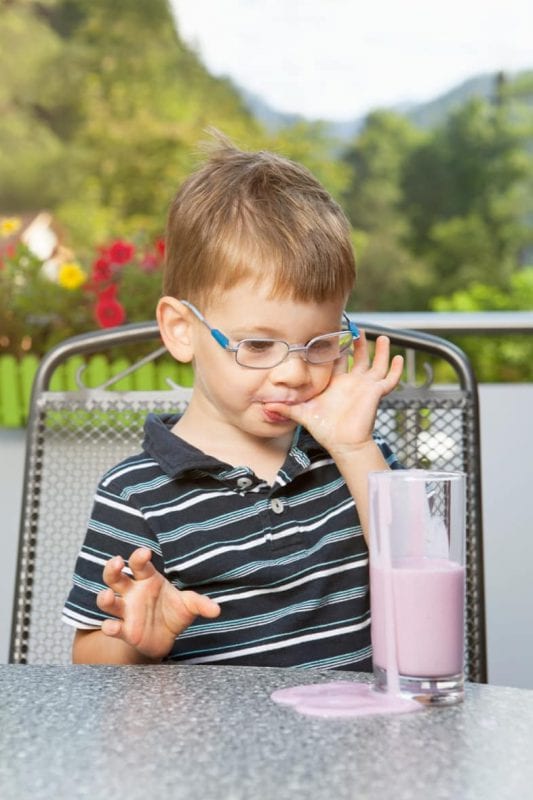 Nonverbal Learning Disorder (NLD) or (NVLD), also called Nonverbal Learning Disability, is a brain-based developmental difficulty with nonverbal skills. The term that describes this deficit is confusing, because one might think NLD describes a child who is “nonverbal” and therefore has trouble with words. Actually, children with NLD are exceptionally verbal, in fact, more verbal than most.

Kids with nonverbal learning disorder are often bright enough to be considered gifted, especially in the early years. At a young age, their amazing vocabularies easily outstrip those of their peers and they memorize and rattle off facts in a flash. They learn to read early, too.

The problems that come with nonverbal learning disorder may begin in preschool. Kids with NLD have trouble interacting with the other kids. They have trouble mastering basic self-help skills (like getting dressed on their own). They’re clumsy, always bumping into things, spilling their drinks, and always missing the ball in a game of catch. In general, they just can’t seem to adapt or fit in. They don’t make friends. They don’t seem to get the point of pictures or puzzles. At this point, the parents, who always thought their child exceptionally smart (and they are right!), begin to understand that something is wrong, though the alarm bells aren’t yet going off.

More or less, these children muddle along, somehow pulling through third grade with only a few hiccups.  They do okay in class, except for anything having to do with their fine motor skills, for instance hand writing/penmanship. Math can be a problem. Symbols for addition and subtraction may be missed by children with nonverbal learning disorder—it’s as if they just don’t see them. Still, they  pass first grade into second grade and on into third grade.

It’s in the fourth grade that things really begin to fall apart. In the first three grades, children are learning to read. After that, kids are reading to learn. They’re also expected to be somewhat independent in the way they handle learning tasks.

But kids with nonverbal learning disorder can pick up on names of places and dates in their reading and still miss the main idea of the story. Kids with NLD get lost on their way to school or from classroom to classroom. They forget to do their homework. They’re often unprepared for class; find it very hard to follow instructions; have a terrible time with math; can’t deal with understanding how to color in the countries on maps; can’t write stories or compose essays; often misunderstand their teachers and classmates; and as a result of all this, are filled with anxiety outside the home and angry inside the home (is it any wonder?).

Because their verbal skills are so good, and because they are so obviously bright, teachers may make judgments about children with NLD, and decide they are refusing to cooperate, or that they are lazy, or maybe rude. And of course, none of this is true. As a matter of fact, children with NLD tend to be focused on the goal, honest to a fault, and hardworking, too. They’re not lazy or uncooperative and they’re not impolite: they have NLD.

NLD is not mentioned in the latest issue of the Diagnostic and Statistical Manual of Mental Disorders, the DSM V. NLD is also not listed as a disability under the Individuals with Disabilities Education Act (IDEA), though children with NLD may still be eligible to receive special education services. Experts have found that there is less activity in the right cerebral hemisphere of the brain in children thought to have NLD. Until today, NLD remains a controversial diagnosis, but when the symptoms fit your child, you know it’s real.

Because NLD fails to receive official recognition as a disability or disorder, it’s not as well known as other disabilities related to language, for instance, dyslexia.

Some signs of NLD:

Because the focus on learning in the early elementary school years is on reading, NLD can easily—and often does—go unnoticed and undiagnosed. Reading ability is the sole indication used by educators to gauge academic success. And since NLD children read well, no one pays much attention to their other, very real difficulties.

Here are the main characteristics of NLD:

Children with nonverbal learning disorder may seem like miniature adults because of their advanced verbal skills. They understand the world with words and lots of them. They often learn to read before the first grade. They are always asking questions of the adults they know rather than going out into the world and finding the answers for themselves.

With words, they feel comfortable. But the visual perception difficulties and physical clumsiness of children with nonverbal learning disorder make it hard for them to understand the physical world. By asking questions instead finding opportunities to learn through experience and exploration, the awkwardness of nonverbal learning disorder is only made worse, through lack of trying.

In high school and on into college, learning in the classroom turns into a nightmare for the person with NLD who struggles to understand the meaning of a lecture (information that is heard), while struggling with the motor problems of taking notes (slow, difficult, clumsy handwriting). People with nonverbal learning disorders also cannot distinguish between important and unimportant details and information.  The student with NLD may know all the names of the battles fought during the Civil War, but may fail to understand the reason for the war (the issue of slavery).

And then there are the social emotional issues. It is thought that there is some overlap between Asperger’s syndrome and nonverbal learning disorder. People with NLD don’t understand nuance of tone, for instance sarcasm. They understand words in a literal way only. If you say to your child with NLD, “Why don’t you just throw all the clothes I just washed, dried, and folded neatly onto the floor instead of putting them away carefully in your bureau drawer,” you might see your child literally throw those freshly laundered clothes on the floor.

Supporting Those With Nonverbal Learning Disorder in the Classroom

Teachers can help students with nonverbal learning disorder by creating PowerPoint presentations with headings to accompany their lectures, to offer nonverbal context to the material. Having a chart with the day’s academic schedule is also a good thing—it offers a reference to help the student with NLD organize himself and his classroom materials. Keeping to a routine is also very helpful. Tasks should be broken down into the smallest possible pieces in a logical sequence. Classroom time is better spent in discussion than in lectures, as this helps the student with NLD learn how to pull out concepts and the important details from the information he hears and reads.

Last but not least, children with nonverbal learning disorder need help to learn how to be effective in social situations. One way to do

this is to play games in which children must guess the emotions that go together with the facial expressions you show them (angry, confused, happy, sad) or the tones of voice you use (sarcastic, tense, impatient). The next level is to have them guess the appropriate social responses to expressions, gestures, and tones of voice.

It is very helpful to people with nonverbal learning disorder to have those around them explain the expressions, gestures, and tones they use as they use them in everyday interactions. “This is me being sarcastic.”

It’s not an easy road to travel, having NLD or parenting a child with NLD, but with patience and effort, you will see improvement.

What are some of your favorite tips for supporting the child or adult with NLD?