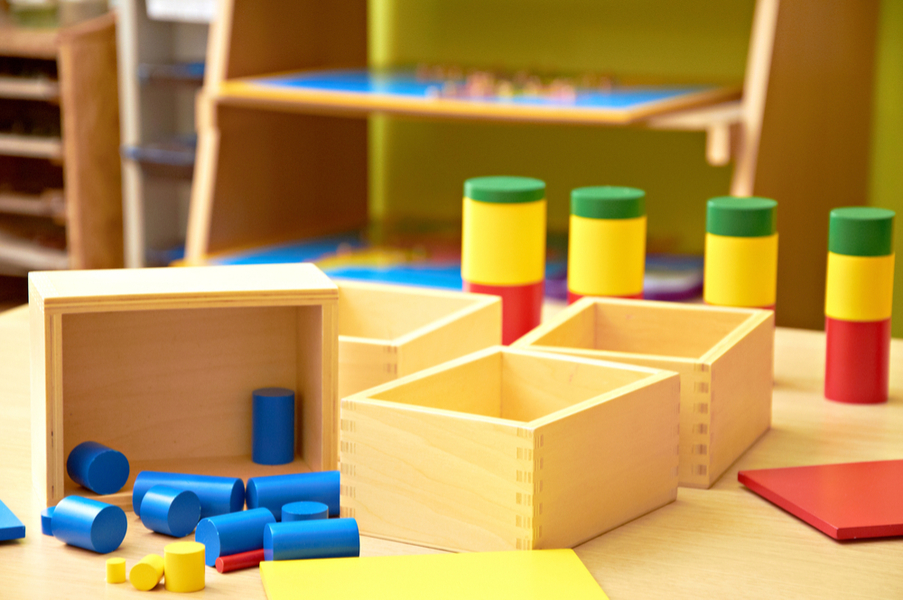 The good news is that this reality is beginning to change. Since 2012, the Montessori Method has spread to more than 400 public schools. This means that more children than ever before have access to this innovative educational method, no matter how much money their parents make.

If you’re a parent, you might have read up on different education models. Some of these methods have come and gone, while others have lasting appeal. The Look Say reading method lasted a good thirty years. The Whole Language Method so popular in the early 1990s, eventually lost ground to the Phonics Method. New Math and the Open Classroom were short-lived education fads.

To date, there are more than 4,500 certified Montessori schools in the United States and more than 20,000 worldwide. There is no doubt that this educational method is popular. But whether or not the method results in improved learning outcomes and social and emotional development has proven difficult to measure.

Nonetheless, we do know that some of the most innovative thinkers in business and entertainment, for instance Google founders Larry Page and Sergei Brin; Amazon founder Jeff Bezos; Jimmy Wales of Wikipedia; chef extraordinaire Julia Child; and rapper Sean “P. Diddy” Combs, spent their early years in Montessori schools.

On the positive side, a 2006 paper published in Science Magazine, by Angeline Lillard and Nicole Else-Quest found that Milwaukee students in two age groups, 5 and 12, did better in Montessori schools than in traditional public school classrooms. The children in this study were assessed with the Woodcock-Johnson test for cognitive, academic, social, and behavioral skills. Researchers found “… significant advantages for the Montessori students in these tests for both age groups…”

According to the report, “Montessori students [especially those in the 5-year range] proved to be significantly better prepared for elementary school in reading and math skills than the non-Montessori children. They also tested better on ‘executive function,’ and their ability to adapt to changing and more complex problems.”

On the social and behavioral tests, the researchers found the Montessori students were more likely to engage in “emotionally positive play” with peers of the same and different age groups, were less hostile, and exhibited a “greater sense of justice and fairness.”

In the older groups (age 12), the Montessori students wrote essays that demonstrated greater creativity and complexity. Like their younger counterparts, the 12-year-old Montessori students had a greater sense of community, felt a need to help others, and tackled unpleasant social situations with more positive methods.

Looking at these results, one might wonder why the Montessori Method is not the standard method used in the U.S. public school system. A partial reason is that some say the Milwaukee study wasn’t large enough to be conclusive, since it focused on a single school. The naysayers also say the Milwaukee study is “plagued by methodological and statistical problems” so that it can’t be said to prove its claims.

Lillard and Else-Quest defend their study by saying that the school in question is one that is faithful to Montessori standards. That means, they say, that the results can be generalized to apply to all Montessori students in schools adhering to proper Montessori standards. Assuming we accept this reasoning, we have to wonder: if the Montessori Method leads to better outcomes, why aren’t more public schools using this method?

After all, traditional methods have been less than successful. The traditional public school education has led mainly to falling test scores and the Common Core Standards nightmare. Don’t our children deserve better?

The answer is that it’s not so easy to introduce the Montessori Method into the traditional public school classroom. There are many reasons why this is so.

We’re used to the current educational system. In the traditional classroom, the teacher teaches in units. The class learns a subject, is tested as a whole, and the teacher then moves on to new material according to a schedule.

In a Montessori classroom, teachers become the architects and facilitators of each individual student’s learning program. The teacher evaluates each student, designs an individualized educational plan, and creates learning materials and work specific to each student. There are no tests or assessments. Learning is hands-on, active, and independent.

A student’s success in the Montessori classroom is based solely on mastery. A student moves on to new material and concepts only when he has mastered the material or concepts he’s working on.

Teaching To The Test

In the current public school system, a teacher lectures and students passively listen and take notes by rote. Active, independent learning for the most part occurs only at home, usually while the student is completing mounds of homework. Learning outcomes for the traditional classroom are measured by assessment tests. Because the child’s success is measured according to test scores, the teacher may “teach to the test,” aiming for overall excellence in classroom scores on standardized tests rather than teaching according to a specific student’s needs.

In New York State, for example, all students must pass the Regents exams. High school graduates have to earn a Regents Diploma. Preparing for the Regents requires time–lots of it. In early spring, the curriculum shifts to Regents Preparation and students are drilled, assigned problem sets, practice tests, and problem-solving tips. They’re even taught how to master a timed test.

It’s not a great system. Learning in this case is not active or child-centered, and the critical skills needed for problem-solving and critical thinking for life beyond school, are not developed or even addressed. But switching to the Montessori Method in the public schools would require a massive overhaul of the current system, a system that is familiar, entrenched. For this reason, it is doubtful that the Montessori Method will be widely adopted by public schools, at any time soon.

For some school districts, the expense isn’t the issue. According to Jane Carol Manner, Associate Professor of Education, East Carolina University, some districts might be willing to absorb the expense that comes with Montessori certification. They do, however, want some guarantee that the method will produce results, for instance successful learning outcomes as measured by test scores. Because the Montessori Method doesn’t subscribe to testing, there can be no such guarantees.

There’s A Conflict: No Tests

There is a conflict between the Montessori Method and traditional classroom objectives. Right now, every child is meant to have the same learning outcomes and schools are supposed to follow a set of standards. In many states, these standards are the Common Core Standards. To be both a public school and a Montessori school, there must be some kind of testing, which of course, runs counter to Montessori guidelines.

How can a Montessori public school hope to achieve results that are similar to those of private Montessori schools, if the curriculum must change to include testing?

Manner raises another real concern. The teach-to-the-test method gives students in the public school system ample practice test-taking time. How can a Montessori student, without that test-taking practice, demonstrate the same results?

In applying the Montessori Method to public schools, it’s clear that there must be a transitional period where parts of the philosophy are overlapped with current practices. A shift from the traditional classroom to the Montessori classroom must evolve in a natural way. A flipped classroom might just be an effective part of that transition.

Schools that adopt flipped classrooms are known to have higher learning outcomes. In the flipped classroom, a teacher assigns short videos and online assignments either through distance learning or a MOOC. Students watch the videos, complete short assignments, and learn important concepts at home. Class time then becomes a space for homework, problem solving, collaboration, and critical thinking. And instead of playing the part of lecturer, the teacher becomes a facilitator.

In the traditional school system, learning outcomes are low; the high school drop-out rate continues to rise; and students aren’t getting the intellectual, social, and emotional skills they need to functional well in the adult world. We need a more effective educational system. A new model that helps to transition administrators, teachers, and students away from the traditional public school classroom environment over to the Montessori Method, may be just the change our children need to get ahead.

Editor’s note: This post was originally published November 7, 2014, and has been completely revised and updated for accuracy and scope.