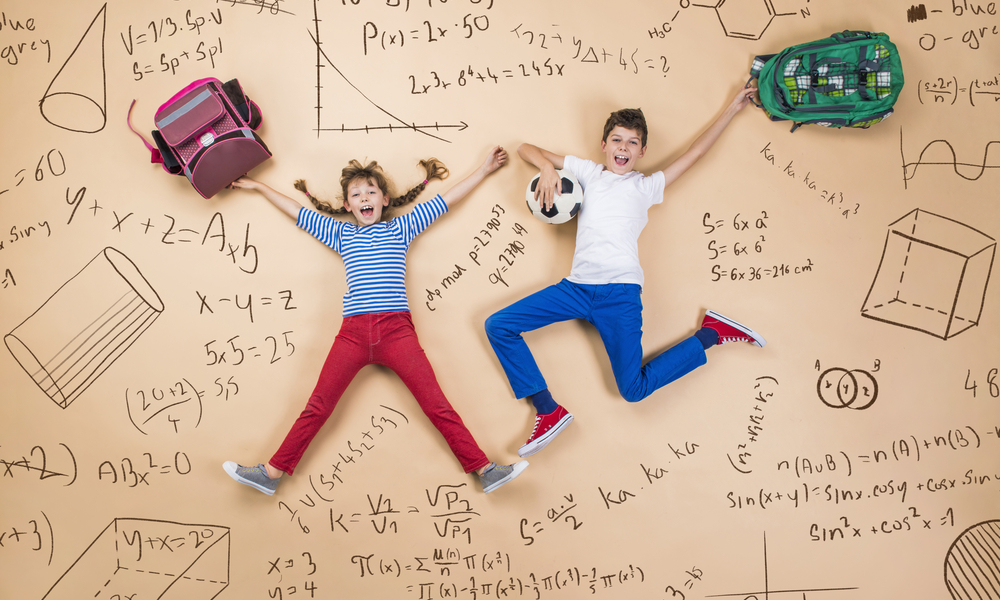 In the November 23, 2014 op-ed published in the Miami Herald,  Donna Shalala, president of University of Miami, praised the Common Core Curriculum. In her opinion, the standards would raise education levels for students nationally and would make students better equipped for college and the global economy. She also expressed optimism that the common core standards would narrow the gender gap in education, one where girls had fallen behind boys specifically in STEM-based subjects. What she certainly couldn’t have predicted was how the Common Core would adversely affect boys.

According to Richard Whitemire, author of Why Boys Fail,  “many boys, who acquire literacy skills later than girls, are being asked to read and write far earlier than they are ready to and are falling behind in academic achievement.” And common core standards are exacerbating the problem for boys.

Girls biologically become more verbal than boys at earlier ages, statistically tend to speak before boys, tend to read and write before boys. And the brains of girls biologically tend to mature earlier than in boys. According to Dr. Frances Jensen, Boston Childrens Hospital, the pruning process of myelination of brain cells happens in girls in the middle to end of the teenage years while boys brains don’t complete the pruning until well into their twenties.

Dr. Jensen suggests because of the dramatic difference in brain maturation between boys and girls, it might make sense to hold off teaching certain subjects to boys until their brains reach maturity.

What are the Common Core Standards?

Common Core is a set of educational standards created in conjunction with the National Governor’s Association (NGA) , the Council of Chief State School Officers (CCSSO), educators, and educational administrators. The notion behind the standards is that creating uniformity across all states in terms of what children are expected to learn, the overall educational level for all children will improve. The standards are based on a global set of common core standards proposed through the United Nations and supported by Bill Gates and President Obama. The thought is that a truly global economy is based upon individuals who are educated in accordance to a set of standardized goals that all people from all countries recognize.

Achievement of goals set up by common core standards are measured by an annual assessment test and states who participate and qualify for federal funding are expected to produce a baseline of academic results.

Currently, the standards set up goals for math, English Language Arts, and Science. While Common Core doesn’t include a set curriculum, and districts and teachers are able to utilize whatever curriculum accomplishes the goals, the reality is that teachers must teach toward testing. Students must be able to demonstrate a level of concept mastery to be in compliance of with common core standards and some states are now evaluating teacher performance based on test results.

So far, “forty-one of the fifty U.S. states and the District of Columbia are members of the Common Core State Standards Initiative. As of 2014, Oklahoma, Texas, Virginia, Alaska, Nebraska and Indiana have not adopted the initiative at a state level. Minnesota has adopted the English Language Arts standards but not the Mathematics standards.

Some states, including Indiana, Missouri, North Carolina, Oklahoma, and South Carolina that initially adopted Common Core, have since voted to repeal or replace it. While state governors were included in discussions, the Common Core Standards are not state driven. States are given a financial incentive through the federal government to participate. For example, states can compete for the federal Race to the Top grants, proposed in 2009 by President Barack Obama and the U.S. Secretary of Education but in order to be eligible for applying for these competitive grants, states must adopt these “internationally benchmarked standards and assessments that prepare students for success in college and the work place.

What are some of the standards outlined in Common Core?

Process and approach are emphasized more in Common Core more than outcome. A popular problem is that 2+2=5 and that any answer can be achieved through process, that the student isn’t limited as long as the process can prove the outcome.

The overall goal of the English Language Arts and Literacy in all subjects is to insure that college-bound students are ready for the rigors of college and can compete for careers with peers globally. In any of five key areas that requires literacy, the goal remains to make sure student are able to navigate a literacy-rich technologically driven economy. Those five key areas cover standards for English and Language Arts: Reading, Writing, Speaking and Listening, Language, and Media and Technology.

In math, the goal of the standards are to teach students eight principles of mathematical practice.

How are students assessed for skill mastery?

The assessment approach focuses on computer-based “through-course assessments” in each grade together. While there isn’t one assessment test given to students nationally, there are assessment tests offers through PARCC (refers to “Partnership for Assessment of Readiness for College and Careers”) and RttT (refers to the Race to the Top.) PARCC is a consortium of states that adopt an interstate assessment test provided by the organization which is in alignment with the Common Core Standards.

Criticism is widespread. Diane Ravitch, former U.S. Assistant Secretary of Education, wrote in her book Reign of Error that the “Common Core standards have never been field-tested and that no one knows whether they will improve education.” Mark Naison, Fordham University Professor, and co-founder of the Badass Teachers Association, objected on the basis that “Common Core is this huge profit-making enterprise that costs school districts a tremendous amount of money, and pushes out the things kids love about school, like art and music”. In New York, parents complain that the new assessment tests are too difficult and cause too much stress for kids. Some in education argue that the standards were developed without teacher input and were spear-headed by those developing testing.

Other opponents argue that Common Core takes away states’ rights and delegates education and curriculum to a federal government that mines data and has philosophical motives that don’t represent “the people.” Others argue that teachers are unable to teach and do their jobs because they’re too busy worrying about their jobs and meeting common core assessment standards.

My concern, as a teacher has more to do with boys.

The author, Richard Whitmire, says the solution will take a “politically incorrect” decision by Education Secretary Arne Duncan that will require the federal government to admit the problem for the first time.

It has long been known that girls develop literacy skills earlier than boys and today’s common core pushes boys as young as kindergarten to master literacy skills long before their brains are ready. The consequence is that schools no longer give boys a chance to catch up.

Before common core, boys were able to catch up to girls by fourth or fifth grade. Now they can’t and the consequence is a glut of 9th-grade boys who have lost interest in school, who fail 9th grade, are forced to repeat.

Whitemire further argues that literacy isn’t just restricted to ELA coursework. It extends into almost all subjects including math. The result can be seen in statistics cited by Whitemire:

Whitemire also says that the gender divide in education isn’t restricted to the United States. “Many other countries have the same problems.

What can parents do?

Parents should monitor their childrens’ progress especially boys. Note comments from teachers and don’t just assume that boys will catch up with age.

Make reading a family activity. Show boys that reading is an acceptable and popular activity, one not just reserved for girls. Keep reading material that boys might prefer. For example, subjects that intrigue boys-mystery, sports, detective, and yes Captain Underpants–will engage a boy’s imagination more than the classic