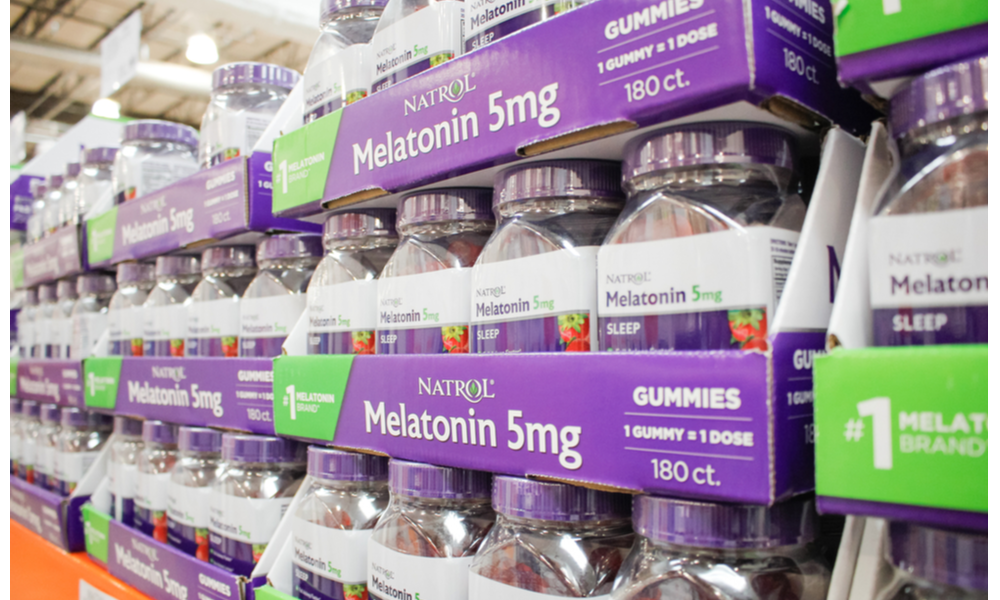 Melatonin poisoning in children has spiked 530 percent per year according to a CDC report. Covering a ten-year period, the report shows a sharp rise in adverse reactions and hospitalizations from 2012 to 2021. In 2021 alone, over 52,000 calls were made to US poison control centers for melatonin overdosing, an increase of more than six-fold from the previous decade. Almost all of these cases of melatonin poisoning, some 95 percent, were found to be accidental for children age 5 and under.

Melatonin is a hormone produced by the brain in response to darkness. When the sun comes down, and we put away our bright computer and phone screen, our brains make melatonin on their own. This natural substance helps us to maintain the circadian rhythms of night and day that allow for normal sleep cycles. For those who have sleep difficulties, however, the hormone is available as an over-the-counter drug.

Consumers can get the stuff in almost any form: tablets, capsules, and liquid. Parents can even purchase melatonin gummy bears. They think it is safe for children since no prescription is available and since it is not a sedative. As melatonin is produced in nature, it is thought of as a safe and natural alternative sleep therapy.

Manufacturers of melatonin have little incentive to deter people from buying this product. Sales of the OTC drug shot up from $285 million in 2016 to $821 million dollars in 2018. As a popular “remedy,” those eager to get a good night’s rest see melatonin as the magic bullet that can induce sleep in both old and young.

The rise in melatonin use, as you might suspect, comes at the same time as sleep disruptions are on the upswing. Experts report “significant increases” in melatonin usage in U.S. adults. As for children, some 5 percent of all pediatric going on in China

Over the 10 years examined, over 4,000 children were hospitalized, with five needing ventilators to help them breathe. Two children, below the age of two years, died. It is important to note here that most of the children who were hospitalized were teenagers, and the majority of these overdoses were thought to be suicide attempts from an easily obtainable drug.

In case you were wondering, the pandemic did contribute to the upsurge in melatonin poisoning, with a 37 percent hike in a single year, from 2019 to 2020. “Children were upset about being home, teenagers were closed off from friends. And on top of all that everyone’s looking at screens for hours and hours a day,” said emergency physician at Children’s Hospital of Michigan and lead researcher for the CDC report, Dr. Karima Lelak, in an Associated Press story of June 2.

During the pandemic there was even more incentive to dose children with melatonin. The kids were home all day during the lockdowns and parents were exhausted from caring for them, supervising their studies, all while working and going about their regular daily business. By nighttime, parents were exhausted and hoped a dose of melatonin would knock the children out so they, the parents would be able to sleep. Families were also stressed and worried about the pandemic, with anxiety about COVID disrupting their sleep. As a result, many people turned to melatonin, both for themselves and their children.

“Children were upset about being home, teenagers were closed off from friends. And on top of all that everyone’s looking at screens for hours and hours a day,” Lelak said.

As we have long known, the bright lights of our screens make it difficult for us to wind down and fall asleep at the end of the day, even if we’re well into the night. Staring at our screens means we aren’t experiencing the break from light that our brains need to create our own melatonin. The antidote? A dose from an OTC jar.

It doesn’t help, of course, that the product comes in gummy form. Kids are attracted to gummies. They don’t care if you tell them that these gummies are special and only to help them sleep. Kids only know that the candy-like medication comes in an adorable forms and bright colors, and that they are tasty, too. Children find ways to get to the gummies. It is not beyond a two-year old to grab a stool and climb up to the shelf where the melatonin gummies are stored.

When Parents are Tired and Kids Won’t Sleep

The fact that parents have no qualms about dispensing this natural substance to children, any time they, the parents, are tired and their kids won’t sleep, is also a factor in pediatric melatonin poisonings. They don’t see the drug as a “real” medication. The answer to this problem? “Child-resistant packaging for this supplement should be considered, and health care providers should warn parents about potential toxic consequences of melatonin exposure,” says Lelak.

Parents think of melatonin as if it were as harmless as a vitamin, though vitamins, of course, are not harmless, either. Children have also overdosed on those, too. Dr. Lelak says too many parents leave jar of melatonin out on a nightstand, in easy reach of a child. “But really it’s a medication that has the potential to cause harm, and should be put way in the medicine cabinet,” said Lelak.