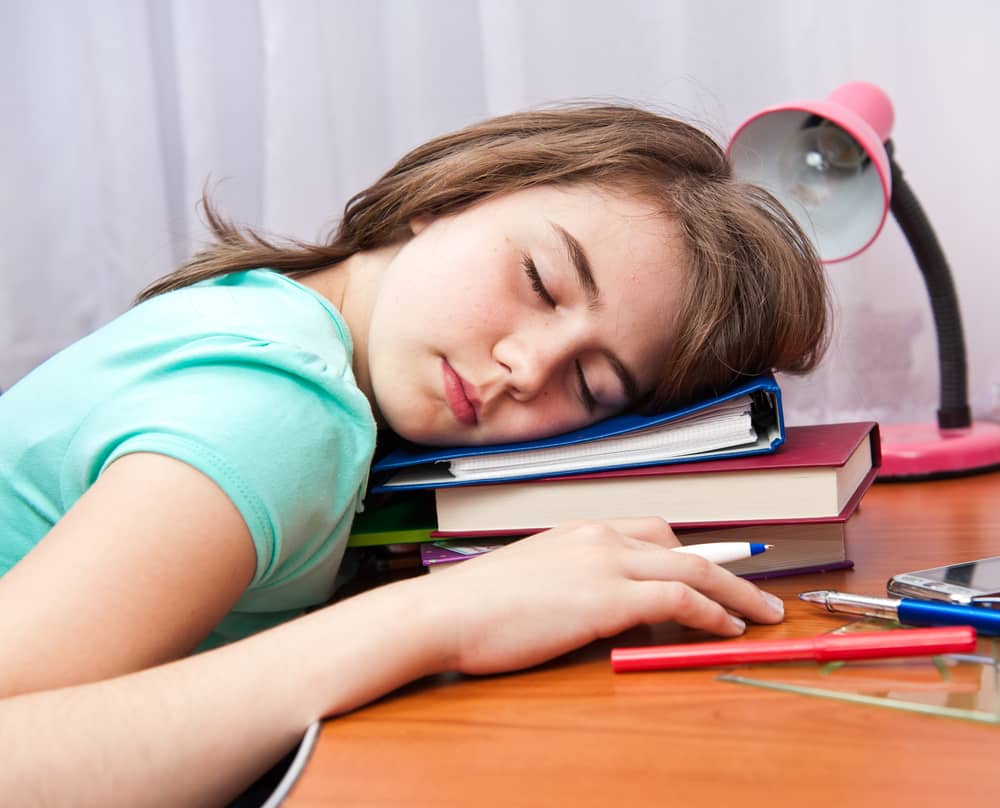 Melatonin is a hormone that helps us know when to sleep and when to be awake. At night, our brains make and release more melatonin and this makes us sleepy. When the sun comes up, the brain slows its production and release of melatonin, so we feel wide awake.

It is light and darkness that tell the brain when to make and release melatonin. The brain produces and releases more melatonin at night in response to darkness, and less of it in the morning, when the sun is high in the sky. As long as there is sunlight or another source of light, such as a computer screen, we feel wakeful. When we stop looking at our computer screens and the sun sets for the day, we begin to get sleepy as our levels of melatonin gradually rise. This is how melatonin teaches us to be sleepy at night and awake during the day. This is called the sleep-wake cycle.

Some children have difficulties in falling asleep. Their parents, looking for a way to help them get the sleep they need, may  think about giving children melatonin pills. After all, melatonin can be found in every drugstore, in some health food stores, and in many supermarkets. You don’t need a prescription to buy melatonin.

Melatonin is thought of as a natural supplement, according to a post on GoldBee.com. Since the body produces melatonin, we may see this hormone as both natural and safe. We also know that melatonin plays a role in helping us sleep and that without this hormone, we would toss and turn.

While some parents praise melatonin to the skies as a safe and natural sleep aid, other parents may express concern. Is it really safe to give children melatonin to help them sleep? Isn’t melatonin, used as a sleep aid, just a kind of sleeping pill?

Some parents find melatonin effective in helping their children sleep and continue to use it long term. They feel it is safe to do so, since melatonin is a natural substance created by the body. They see the supplements as giving natural melatonin production a boost.

Parents may not even consult their physicians before giving their children melatonin. They reason that it would not be so easy to buy melatonin, if it was a true drug. These parents see melatonin as a sort of vitamin for sleep.

Children given melatonin may have sleep problems that are behavioral. That means that parents may not be strict enough in making kids go to sleep at a certain hour every night. It may be that the children are spending time at the computer, too close to bedtime, so that their brains don’t have time to make and release melatonin before bed. It seems obvious that instead of popping melatonin pills, it would be better to stop looking at a computer screen an hour or so before bed. That way, the body can work as it should. 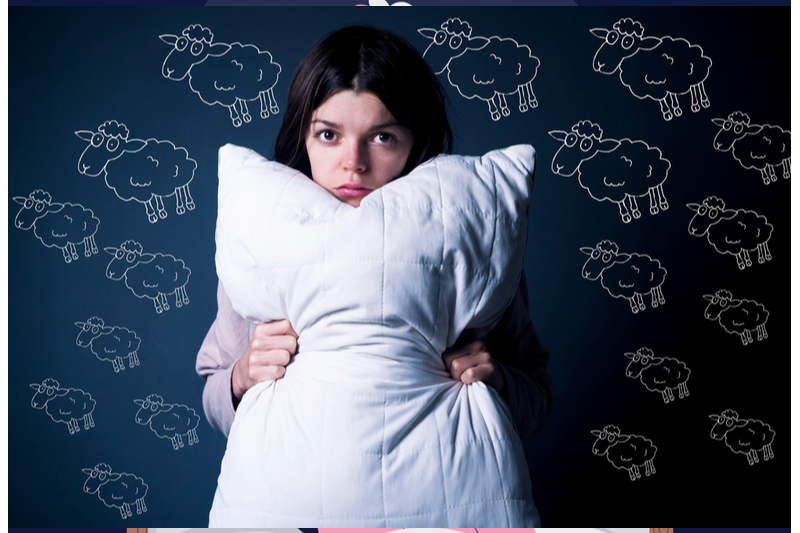 But here too, parents can run into difficulties. Melatonin is not a sleeping pill. It needs to be taken at least an hour before bed. And melatonin is a hormone. Parents should consider whether they want their children taking a hormone supplement on a regular basis, long-term.

Sleep experts at the University of Adelaide, in Australia, are warning parents that melatonin, given to children as sleep aids, may cause serious side effects that show up later. No one knows for certain what melatonin, used for a long time during childhood, will do to the body. There have been no long-term studies.

The author of the Australian study, Professor David Kennaway says that the United States is the only place where melatonin is not regulated. Kennaway talks about lab studies showing all sorts of changes to body systems as a result of taking melatonin. He mentions changes to cardiovascular, immune, and metabolic systems and also says that melatonin affects reproduction in animals.

“Melatonin is also a registered veterinary drug which is used for changing the seasonal patterns of sheep and goats, so they are more productive for industry. If doctors told parents that information before prescribing the drug to their children, I’m sure most would think twice about giving it to their child,” Professor Kennaway says.

“The word ‘safe’ is used very freely and loosely with this drug, but there have been no rigorous, long-term safety studies of the use of melatonin to treat sleep disorders in children and adolescents,” says Professor Kennaway. There is also the potential for melatonin to interact with other drugs commonly prescribed for children, but it’s difficult to know without clinical trials assessing its safety, and clinical trials are not easy to set up, over here you’ll learn why.

Kennaway should know. He’s been researching melatonin for 40 years. His concerns, however, are going unnoticed and ignored. “Considering the small advances melatonin provides to the timing of sleep, and considering what we know about how melatonin works in the body, it is not worth the risk to child and adolescent safety,” says Kennaway, but his words are mostly falling on deaf ears.

Canadian physicians, such as Dr. Shelly Weiss, are also cautious about the use of melatonin for sleep problems in children. “Melatonin is not a magic pill. It’s a hormone,” says Weiss.

Still, for children with chronic sleep onset insomnia, which is the failure to fall asleep within 30 minutes after laying down, melatonin can be a godsend. Chronic insomnia is no joke. Lack of sleep can lead to depression, learning difficulties, and poor school performance. If melatonin can help such children, for whom sleep never comes easy, then it is important to consider melatonin as an available option.

How many children suffer from chronic insomnia? Experts believe that some 15%-25% of all children and adolescents find it hard to sleep on a regular basis. Melatonin does work for most of them and with few side effects. But again, there are no long-term studies to prove that melatonin is safe for children.

One National Institutes of Health (NIH) study followed children with ADHD taking melatonin regularly for almost 4 years and  found no terrible long term side effects or issues. Not nearly long enough to be called a long-term study. And even the NIH recommends against melatonin pills for children because they might be unsafe, and because as a hormone, melatonin could affect a child’s development. 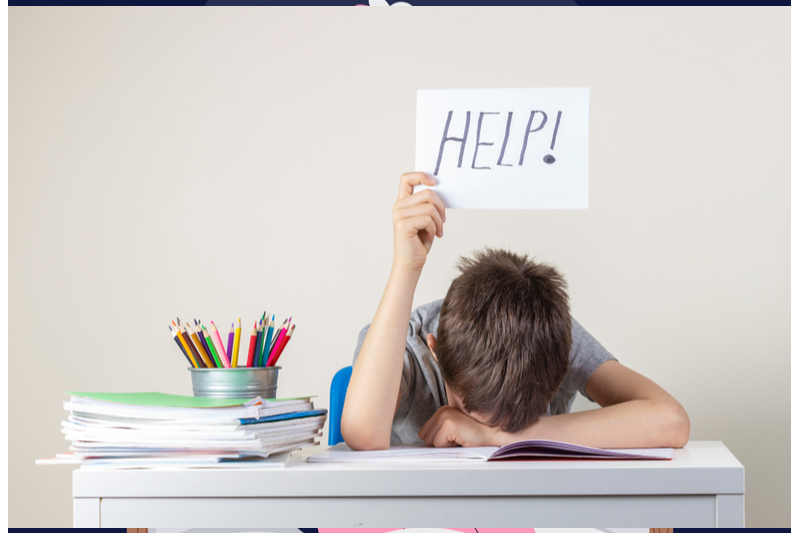 The bottom line is that melatonin should not be thought of as some sort of vitamin pill that makes the body work better. If your child is having sleep problems, you shouldn’t be turning to melatonin first. And certainly not without consulting your child’s doctor.

If your child has trouble falling asleep at night, here are some helpful steps to try:

Put Sleep First
If your child is busy with lots of after school activities, this may be the reason he is not getting enough sleep. And sleep isn’t something he can make up in his spare time. Children need a consistent amount of sleep every night. Does your child go to extracurricular classes and then come home to do his homework until quite late? If so, he may end up going to sleep too late to get enough rest. The solution? Cut out those after school activities. Sleep has to come first.

Stick to the Plan

Children should have a regular bedtime and stick to it every night. This helps regulate your child’s sleep-wake cycle: his body clock. Give your child an hour to wind down and do the things that help make him ready for sleep: bath, book, soft lights, and finally, lights out.

No Screens in the Bedroom

Anything that has a bright screen, such as an iPad or tablet, a cell phone, or a television, should be thought of as light sources that keep your child’s brain from making and releasing melatonin.  A no screens in the bedroom rule is a good one.

No Screens Before Bed

Your child’s brain will make and release melatonin to help him get sleepy, as long as he’s not looking at a screen. So put a limit on using electronics. Make a no screens from at least an hour before bedtime rule. Give your child’s body a chance to make its own melatonin. That is how things are supposed to work.

If these measures don’t help your child fall asleep at night, talk to the doctor. Your child may benefit from seeing a sleep specialist. The specialist may use cognitive behavioral therapy to help your child sleep. And he may end up suggesting melatonin. If so, the expert will tell you how to use it, and will monitor your child’s progress.