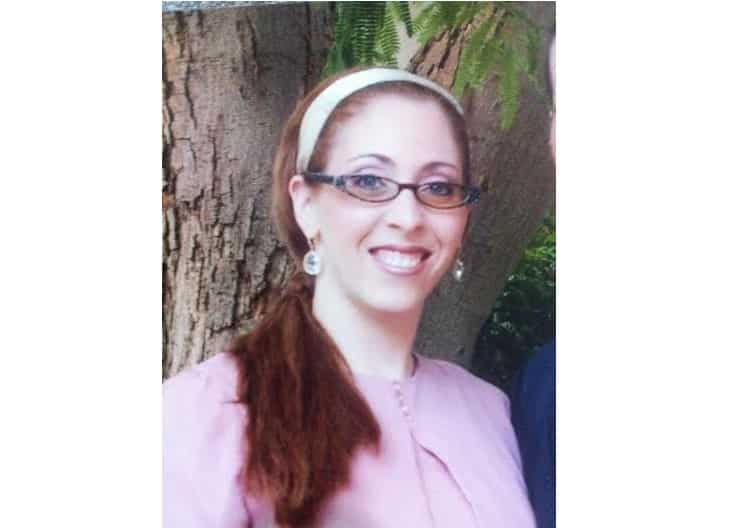 Becoming a parent for the first time is an adventure like nothing you’ve ever experienced. You are awed at every milestone your child reaches. Your baby is suddenly cooing, rolling over, sitting, standing, walking and talking. When did this beautiful, gentle soul go from a sleeping baby swaddled in your arms to a squirming toddler who can’t sit on your lap for more than a minute? It seems as if your child’s cognitive, physical, and speech development is growing by leaps and bounds.

But what if your baby doesn’t seem to be reaching the same milestones as your friends’ children? What if the articles you are reading say what your child “should” be doing at his age, but he’s not quite there yet?

It is important to be proactive in order to best determine whether or not your child’s development is age-appropriate. Yet there is no need for panic. Trust your instincts. As a parent, you know when something “isn’t quite right,” and you should act on it. This would be the time to consult with your pediatrician and a specialist in the area of concern.

As a speech language pathologist (SLP), I often am asked to informally assess the children of friends, acquaintances, and even strangers! Occasionally, there is cause to recommend a formal speech and language evaluation, a hearing test, or a visit to the pediatrician or otolaryngologist, more commonly known as an ENT (Ear, Nose, and Throat doctor).  Usually, it is a case of me reassuring the parent that the child’s development falls within normal range.

Yes, there are age-specific milestones that children are expected to reach to be considered “within the norm,” but it is important to note that there are always children whose development falls below the lower end of “normal” and whose development is still considered age-appropriate. Children vary in the rate at which they acquire language. Don’t compare your child to other children. Instead, check for steady progress in his specific development.

So what should you watch for in terms of language development?

Receptive language is your child’s ability to listen and understand language. This begins at birth. Infants seem to recognize a mother’s voice by becoming still and turning their heads toward the sound. They startle at loud sounds.

By the age of 4-6 months, babies understand the word “no” as well as changes in tone of speech. By 7-12 months, they can respond to their own names and recognize the names of familiar objects. By 1-2 years, toddlers are pointing to pictures named in books and to their own body parts when requested to do so. They can follow simple commands (“Push the bus,” “Don’t touch, it’s hot”) and understand simple questions such as, “Where’s the bunny?” or “Where’s your nose?”

This steady progression is crucial and may be even more vital to language development than actual speech. If your child does not appear to understand spoken language, a speech language pathologist should be consulted. The SLP will most probably recommend a hearing test and consultation with an audiologist to rule out hearing loss. Babies often have fluid in their ears which can hamper the ability to acquire language. A common, minor surgery involving the insertion of tubes to drain fluid from the ears may be the solution.

Expressive language is your baby’s ability to speak and use language. This too, begins at birth. Infants make cooing sounds when content and use different cries for different situations.

At 4-6 months, your baby produces gurgling sounds and babbling begins. This speech-like babbling includes many sounds, such as the bilabial (two-lip) sounds “p,”  “b,” “w,” and, “m.” Your baby can tell you, using sounds or gestures, that he wants something.

At 7-12 months, babbling includes more consonants, as well as long and short vowels. He uses sounds, other than crying, in order to get your attention. Your baby’s first words, which will probably not be spoken very clearly, will appear around this age (“mama,” “doggie,” “bye bye,” “no”). Your baby will accumulate more words each month.

When Is It Time For A Professional Evaluation?

Between the ages of 1-2, he may put together two-word utterances such as. “What’s that?” and, “More push.” A “late talker” would have a spoken vocabulary of less than 50 words by age 2. If your child is 18 months old and doesn’t have 50 words in his vocabulary, you may want to think about having him evaluated. If, at 24 months, your child still doesn’t have 50 words, he should definitely be evaluated as there is an indication that the situation requires a professional evaluation. 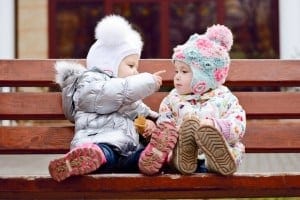 Children are naturally communicative and sociable, even if sometimes shy. All children sometimes misunderstand what is said to them, put speech sounds in the wrong order (“puh” for “up”) or omit them completely (“at” for “hat”), or utter oddly worded sentences (“up me” for “pick me up”`) when they are learning to talk. This is normal language development and not cause for alarm. An assessment by a professional should be sought if your child has poor eye contact, usually responds to what you say by echoing all or part of it back to you, or has no interest in communicating with others.

Becoming aware of the many milestones for typical language development will help you notice any delay. Early intervention is the key to making progress. Never diagnose your own child with a disorder or presume there is no delay in speech without a formal assessment from a speech language pathologist or audiologist.

Sharon Ugowitz, M.A., CCC-SLP, is a New York State licensed speech language pathologist. She is a member of the American Speech and Hearing Association (ASHA) and holds her Certificate of Clinical Competence. Sharon has worked with both children and adults with a range of disabilities in a variety of settings. As a wife and mother of four sons, Sharon is most content wearing a pink dress while playing referee.