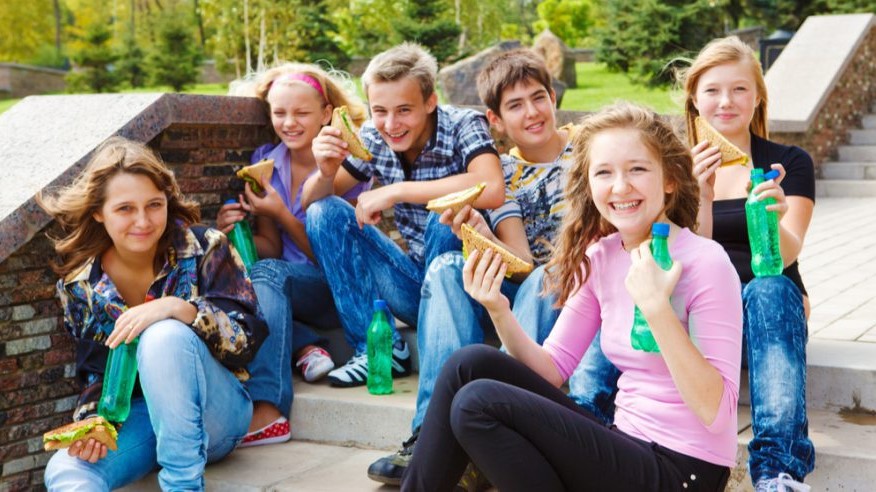 U.S. children and teens who drink low-calorie or zero-calorie sweetened drinks take in 200 extra daily calories compared to those who drink water. Which is not as surprising as the fact that they take in the same number of calories as those who drink sugar-sweetened beverages. In other words, drinking diet soda doesn’t help kids lower their caloric intake. Not even a little bit. Whereas drinking water, does. These are the conclusions of a study published in the medical journal, Pediatric Obesity.

“These results challenge the utility of diet or low-calorie sweetened beverages when it comes to cutting calories and weight management,” said Allison C. Sylvetsky, PhD, an assistant professor of exercise and nutrition sciences at the George Washington University Milken Institute School of Public Health (Milken Institute SPH) and lead author of the study. “Our findings suggest that water should be recommended as the best choice for kids and teens.”

Does Diet Soda Help Weight Management? Experts Have No Clue

An earlier 2017 study by Sylvetsky and colleagues discovered that kids often use low-calorie sweeteners, not only in diet soda, but in all sorts of drinks, foods, and snack items. Kids use diet sweeteners so often and so much that their consumption of the stuff rose 200 percent from 1999 to 2012. In spite of the popularity of diet sweeteners, however, experts really have no clue if they affect calorie intake or even if they help kids with weight management—which was the whole idea in the first place.

What Sylvetsky and team did this time around, was look at what kids and teens ate and drank each day. This involved looking at data collected from 7,026 youths enrolled in the National Health and Nutrition Examination Survey between 2011 and 2016. The kids and teens in this survey reported what they ate and drank during a 24-hour period. Sylvetsky’s team looked at how many sweet beverages kids drank, whether sweetened with low-calorie sweeteners or with sugar.

Here are some other findings from the study:

Why is this so important just now? Because of the current overweight and obesity epidemic in the United States. One in three U.S. children are now either overweight or obese, which puts them at risk of developing type 2 diabetes and other serious health problems.

On the one hand, this study wasn’t meant to show that drinking low-calorie beverages makes kids overweight or obese. We just don’t know enough to say that. What this study does show us is that sweetened drinks, no matter whether they are sweetened with low-calorie sweeteners or sugar, raise a youth’s intake of both calories and sugar. The study also shows us that it’s far better for kids not to get used to sweet drinks in the first place. Water is best.

We also don’t know how low-calorie sweeteners will affect our children’s health in the long run. A scientific advisory group for the American Heart Association, for instance, cautioned “against prolonged consumption of low-calorie sweetened beverages by children.”

Sylvetsky agrees. The scientist says that kids should be drinking water, not soft drinks, in the first place. Is your kid still craving something sweet? Sylvetsky says to try some sparkling water with a splash of 100 percent fruit juice, or water with some pieces of fruit mixed in. We’d add that a sprig of mint or a cinnamon stick in cool water also satisfies the need for something sweet. It just takes a little adaptation, time, and patience to learn a new habit to replace the old.

Tell your kids about this study. Offer to help them find alternatives to diet soda and sugar-sweetened beverages. And then follow through. Your kids are counting on you to guide them to a healthier future.