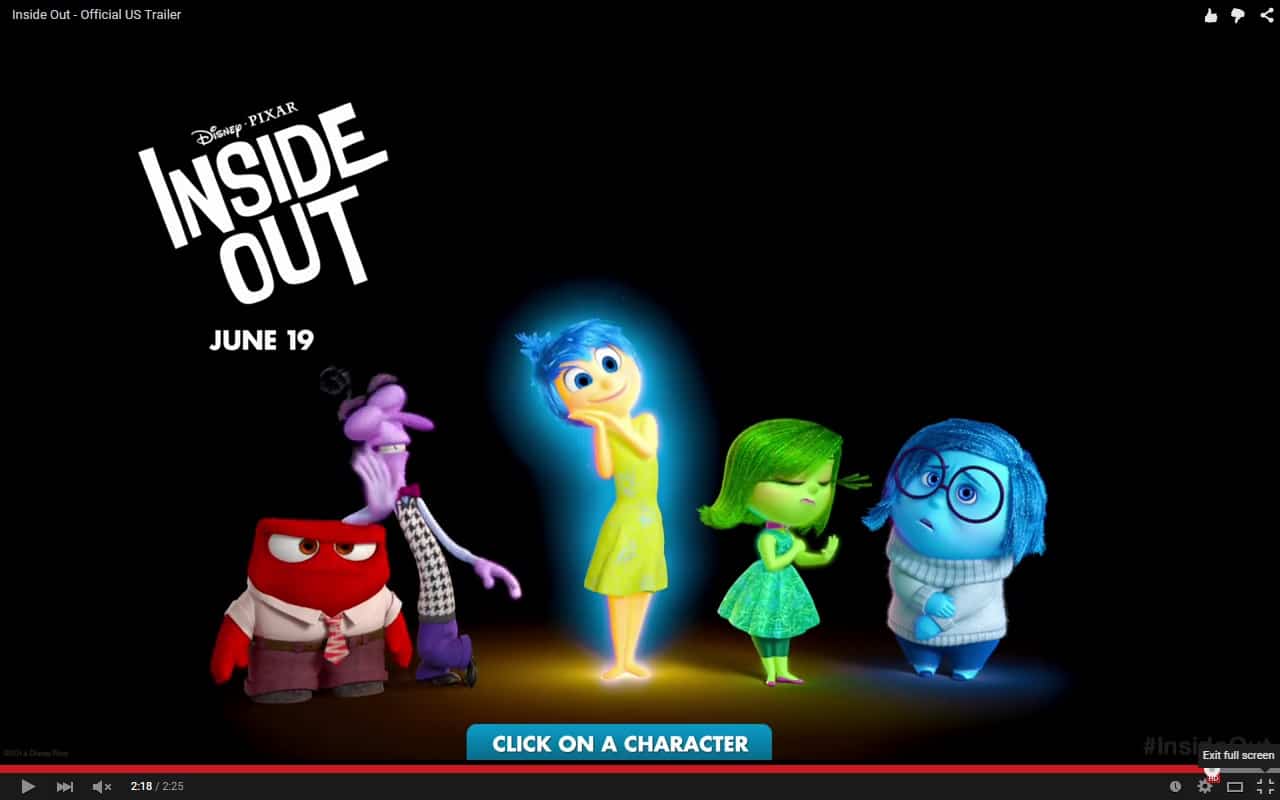 Inside Out, Pixar’s latest animated film offering premiered June 19 and is causing not a little excitement. For one thing, it’s darned good entertainment. For another, it’s clean. It’s a movie the entire family can see and enjoy. Last but not least, the layman gets a bird’s eye view of what goes on inside the brain and how real people deal with memories, emotions, the imagination, and abstract thinking; and that’s just the tip of the iceberg.

It’s actually amazing how this one little cartoon film, Inside Out, so broadly appealing to adults and children alike, tells us so much about psychology and cognitive neuroscience. Maybe that’s because the story line of Inside Out is based on the Internal Family Systems Model (IFS), developed by Dr. Richard Schwartz. In IFS, the personality is thought to be made up of valuable parts that each have healthy roles. But sometimes life gets in the way and the parts are forced to reorganize in unhealthy ways.

Think of the child of alcoholic parents—she’d like to go to medical school and become a doctor, but instead is forced to put her career on hold and take care of her parents. This is something you’ll see in most alcoholic families: a child putting her life on hold out of duty to her messed-up family. But while you see this in most alcoholic families, every single one of the children who end up serving as caretakers for their parents is a unique individual. They each have talents and interests having nothing to do with their families or alcoholism. And yet none of these children will get to realize their dreams or use their talents.

Duty has taken over the part that hopes and dreams, making self-fulfillment impossible.

IFS therapy would aim to help someone in this situation work at freeing the part of the person that is stuck and unable to get out there and pursue a dream. It would be about rebalancing these different parts of the personality, about having a conversation with the self, about becoming whole and happy. About becoming the person you have the potential to be.

So what does this have to do with an animated film? It all begins with Riley, the main character in Inside Out, a little girl, an only child, whose family moves from a happy, settled life in Minnesota, to San Francisco where suddenly, everything is new and strange. The story is mainly told from the perspective of Riley’s five emotions: Joy, Sadness, Fear, Anger, and Disgust. The characters that represent these five emotions live in a place called Head Quarter, inside Riley’s head.

We see Joy always attempting to triumph over the other emotions, trying to win the day. Joy is the reason Riley doesn’t want to make her parents feel bad or be worried about her. But Sadness keeps moving to the forefront: the move has been hard and the new home looks pretty bad. It will take a lot of work to make it look good.

Dad is tense about his new job, and even the food in San Francisco is strange. These are things we see on the surface. We see Riley trying to put a brave face on things. 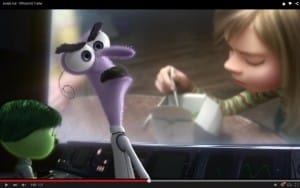 But this movie goes beyond the surface to show us Riley’s internal emotions. Inside of Riley, Joy and Sadness get lost–hence the name Inside Out–and for most of the movie are trying to get back to Head Quarter. We see this internal struggle and we see how that struggle manifests itself in Riley’s behavior. She loses control of her behavior. She becomes alienated and apathetic and makes poor choices. She forgets core memories, one by one—things like family and happy memories past.

And as we watch Riley falling apart in Inside Out, we see how some parts of Riley’s personality continue to function just as they always have. Take, for instance, that annoying chewing gum commercial that keeps popping into Riley’s head. This is the classic ear worm, from the German “ohrwurm,” a 15- to 30-second musical hook that sticks in your mind no matter how hard you try to get rid of it.

The term ear worm was popularized by marketing professor James Kellaris, who has done groundbreaking research on the topic as an advertising technique. Some say that ear worms are repeating neural circuits, with these neural circuits the brain’s representation of the melodies we hear. Others say that ear worms are the way the working memory uses verbal information: the brain practices and repeats what is heard.

Researchers have found that short, simple melodies tend to get stuck in your head, which is why jingles are a popular advertising technique. Imagine you’re standing in the supermarket aisle with the ketchup and you’re about to reach out for Hunt’s, but then you hear the television commercial with the Heinz jingle and you grab for the Heinz, instead. That would be the perfect example of your inner voice directing your choice as a consumer.

Inside Out: The Chewing Gum Jingle

Now seemingly, there is no way to get rid of an ear worm, except to replace it with a new one. In Inside Out, a chewing gum jingle represents a brain function that still remains the same and works as it should. The five emotions even think to use that jingle as a way to help them restore Riley’s emotional equilibrium.  Such is the power of the jingle.

What was the inspiration for Director of Inside Out, Peter Docter’s use of the chewing gum jingle in the movie? According to a June 16, interview with Mike Ryan for Uproxx Movies, it was, “Two or three different gum commercials. Big Red? Remember that one? There are a number of them.”

But Mike Ryan had his own idea of the perfect ear worm and stated it matter-of-factly, “Kars-4-Kids,” and that’s when Inside Out producer Jonas Rivera jumps into the interview and says, “I hate it! In Oakland, it’s on during baseball between every inning. I turn it off.”

To which we (the people at Kars4Kids) posit: Bingo. The perfect ear worm. You can turn it off, but it will still be right where we put it: In. Your. Head.

That way, the next time you have a car to donate, you’re not going to have to go to Google or look it up in the Yellow Pages, because the information will be right in your head. “1-877-kars4kids, donate your car today.”

That ear worm? The one you love to hate? It’s working just fine thank you.

The Kars4Kids jingle does what it’s supposed to do on a daily basis, helping people like you, help kids.

That chewing gum commercial was the one thing Riley, of Inside Out, still had going for her, when Joy and Sadness were lost. And exactly like that, when the time comes for you to donate your car, that Kars4Kids jingle is going to be uppermost in your mind. 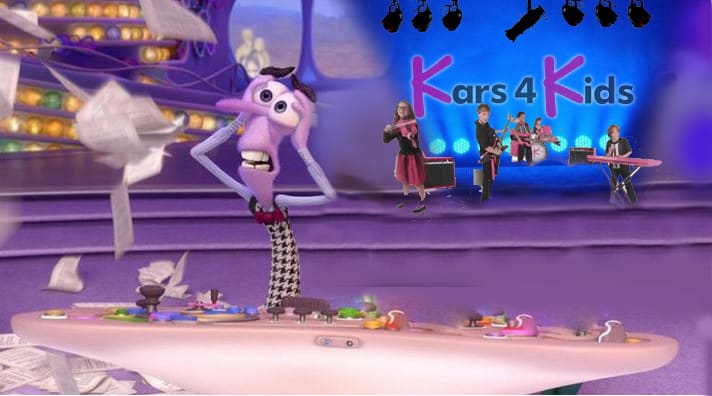 It’s just the way things ought to be.