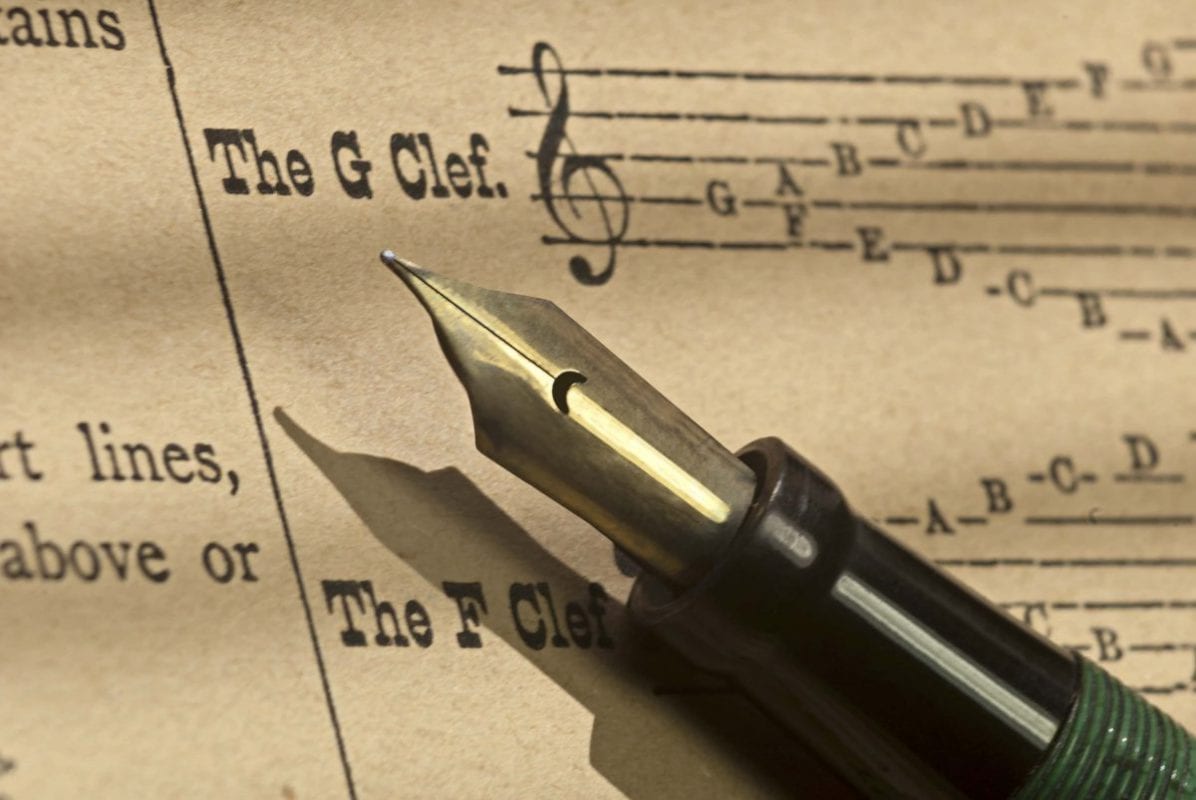 When I write, I have no formula and I have no concept of how to create an outline. Instead, I listen for the music in the words.

The syllables of a sentence tap out a rhythm. The sounds of the vowels and consonants are the melody. I know that a certain musical hook in a phrase will be answered with another that fits a specific meter that complements the melody of the first.

They didn’t hear the music I heard in the words.

A few days later, I attended a demonstration of an educational system called Bridge It, designed by Heather Barr Cohnen, an educator. Barr Cohnen says that learning takes place on four levels: the concrete, the semi-concrete, semi-abstract, and abstract. In the classroom, most teachers omit the second and third levels and so there is a gap that prevents the total absorption of a lesson into the long term memory of a student. The student may master the material long enough to pass an exam, but won’t retain those French verbs, for example, into adulthood.

Barr Cohnen’s theory is that learning has to be experienced using all the senses in order for lessons to be fully internalized. Her demonstration to a roomful of tutors and teachers was impressive. I felt she’d really nailed it.

On the long ride home from the demonstration class, Heather asked me what I was thinking about relative to her theories: what was my “takeaway” from the evening?

Music and Reading: I Needed Text

I told her I experienced words differently than other people and that this had made it difficult for me as a student in school. I needed to work with text—saw text somewhere in the vicinity of the front of my forehead as I searched for the words to use in my writing. I couldn’t, however, listen to tapes and podcasts, or a teacher droning on about history.

I had to have text.

I experienced the sounds of the words only through text, and not through the spoken word. My teacher would speak and my mind would cut out. I’d be a million miles away when a question, directed at me by the teacher, would bring me back. I wouldn’t be able to answer the question because I hadn’t heard the material.

I couldn’t do without text—couldn’t learn without text: without a book. I couldn’t hear the music without the black letters and white spaces, without paragraphs or punctuation marks.

Music and Reading: How I Roll

I thought of this today when I read about a research project by Hebrew University psychologist Merav Ahissar who studied auditory perception in musicians with dyslexia. It turns out it was not so easy to scout out subjects for this research trial. Musicians with dyslexia appear to be rare, certainly rarer than dyslexia itself, which affects between 10-25% of the world population. Ahissar persisted, because she wanted to learn more about the connection between auditory processing and dyslexia. 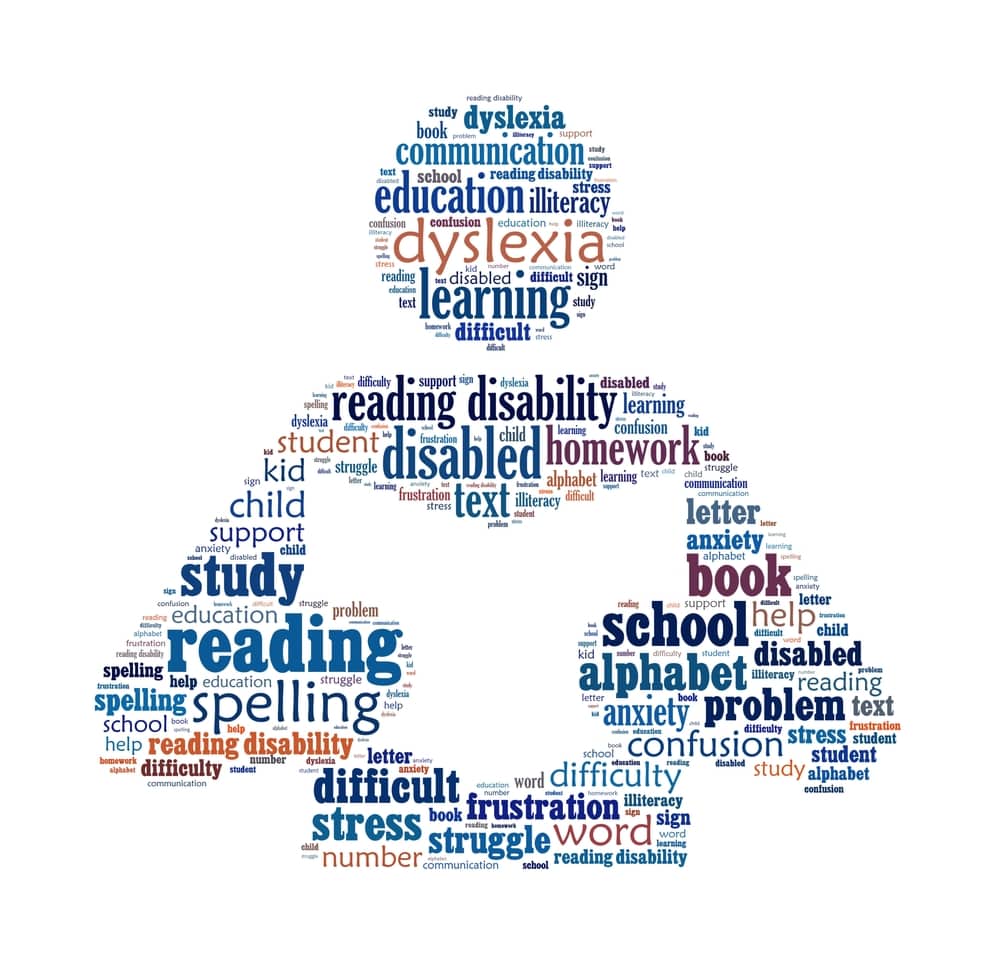 It was Ahissar’s assistant, Atalia Weiss, a graduate student at Hebrew U’s music academy, who managed to unearth the 24 subjects that comprise the main participants in Ahissar’s research trial. The rest of the trial subjects represent the control group for this study.

Ahissar and her colleagues tested 52 musicians, including the 24 with dyslexia, in basic and more advanced auditory perception skills. The subjects were called upon to differentiate between similar-sounding tones or time signatures. They were asked to discriminate between different melodies or rhythms and to distinguish words from similar-sounding non-words. In addition to all this, the musicians were administered tests on memory, reading accuracy, and reading speed.

As it turns out, the musicians with dyslexia scored on a par with their peers without dyslexia, and in fact, better than those among the general population in most of the auditory processing tests. They did, however, earn the worst scores in auditory working memory, which is the ability to remember sounds for short periods of time, for instance seconds. The musicians with dyslexia who performed the worst in this area also had the lowest scores in reading accuracy, while the subjects with higher scores for working memory also had higher scores in reading accuracy.

Ahissar and her research team published the results of this experiment in the February issue of the journal Neuropsychologia. In the report’s conclusion, Ahissar and her colleagues suggest that those with dyslexia may have an obstacle to reading in the form of poor auditory working memory. The repercussions of this study would completely shift the current state of dyslexia research toward the regions of the brain connected to memory in addition to those brain areas connected to auditory faculties, which have, until now, already been a major focus in dyslexia research.

The study interested me because I have always known that reading involves connecting text to sound, just as I have always heard the music in the words, lines, and spaces of a text. Reading about this research trial in Jerusalem, it hit me: how can one read if one can’t remember the sounds of the letters and words?

Music and Reading: Completing the Circuit

I would not be able to write a single sentence nor nary a word without having the sound uppermost in my mind as I type. By the same token, hearing the words was never enough for me to make the connection to my memory bank. I have always needed the text to complete the circuit, to enter the data into my long term memory.

I too have an auditory processing issue, even if it has no name. I am totally and utterly dependent on text to hear the music in the words.

In a funny way, my dependence on text helps me understand all the better the gap in cognition of the written word by those with dyslexia. Perhaps the takeaway here is that we all have our learning strengths that light the way to understanding. The key is in finding one’s particular learning signature and an understanding teacher who is willing to teach according to student need instead of teaching to the syllabus.