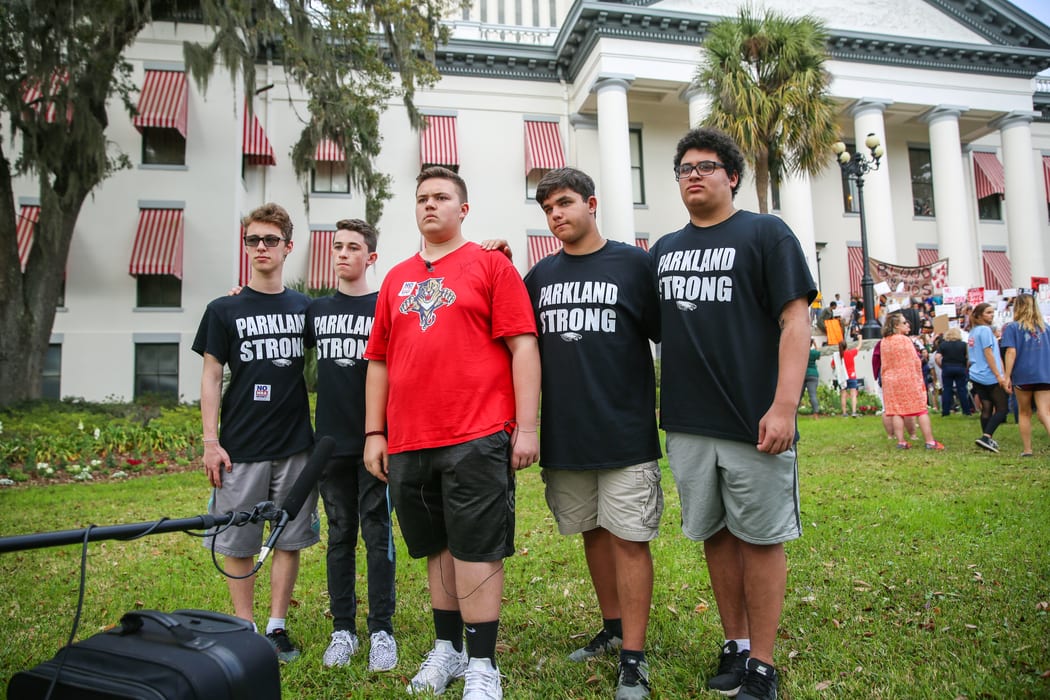 Can just listening to the news and viewing disturbing images cause PTSD in teens? This is a question some parents are asking in the wake of the mass shooting at Stoneman Douglas High school, in Parkland Florida. These parents wonder if their teenagers’ sleeplessness, nightmares, and frightening thoughts are more than just strong but temporary reactions to the news. The answer is a definite yes: if your teen is experiencing such symptoms, it could be posttraumatic stress disorder (PTSD), and your child should be seen by a mental health professional.

Perhaps thought you’d done as good a job as any parent might do in explaining the awful news coming out of Florida to your teen, but here it is, two weeks later, and your child still can’t get through the night without waking up drenched in sweat and shaking. Is this a genuine mental health issue or is it something that will pass with the healing qualities of time? What should you be doing to support your teen?

Dr. Robin Goodman of A Caring Hand, a nonprofit that specializes in helping children cope with bereavement, confirms that even teens outside of Florida can experience posttraumatic stress disorder as a result of the mass shooting, “We do know that direct physical exposure (witnessing the event or being there) or emotional exposure (knowing someone who was injured or who died) as well as indirect exposure (seeing and reading about the event in the news and on social media) can impact teens and lead to trauma reactions,” says Goodman.

Knowing that teens even far from Parkland can suffer emotional trauma from the fallout of the mass shooting is one thing. But what are the symptoms of PTSD in teens? What should parents be watching for?

Jessica Tappana, of the Aspiring trauma counseling center, says that teens can be impacted by PTSD every bit as much as adults. The difference is that teens may hesitate to reach out to the adults in their lives for help. That means that their parents may not even know their children are struggling. And not all of the complicated feelings teens may experience after a mass shooting like the one in Florida can be labeled as posttraumatic stress disorder.

“In the immediate aftermath of the traumatic shooting, it is normal to expect youth to be shaken and more anxious. Certainly students returning to Stoneman Douglas this week are going to feel anxious, but youth across the country who have watched the news coverage of Stoneman Douglas and the many “copycat” threats since are experiencing anxiety as well. Some of this nervousness is a normal response to the trauma.

“In the weeks following the trauma, you can expect teens to be processing this anxiety and talking about the trauma; their personal experiences; and their reactions. This is their way of trying to make sense of the experience, and facing their emotions about the situation is actually a healthy response,” says Tappana. 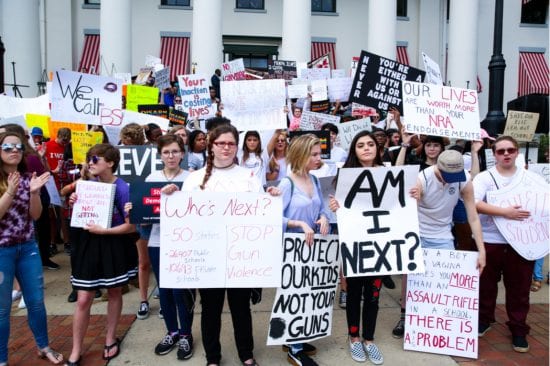 So when does a teenager’s reaction to the traumatic school shooting become an issue of concern?  When do you seek professional help? “If time goes on and your child’s anxiety about the shooting is impacting his or her ability to function, you may want to seek professional help. PTSD develops when the brain doesn’t heal from the trauma and instead sees danger around every corner,” explains Tappana.

“Teens developing PTSD might be avoiding situations that remind them of the school shooting (i.e. school, the news, etc). They may be thinking about the shooting constantly or even having nightmares.

“For teens who were at Stoneman Douglas or who have attended another school where there was a threat, there may be ‘flashbacks’ where it feels like they’re experiencing the threat all over again.  Withdrawing or reacting to everyday situations in an extreme manner can also indicate a problem.

“Traditionally, mental health professionals wait until about three months after a trauma to diagnose PTSD. That said, it’s better to err on the side of caution. Speak to a mental health professional regarding whether counseling might help children process their reactions to the shooting. This is especially true if children’s concerns are interfering with their ability to feel safe at school, interact with peers, or otherwise function on a day-to-day basis,” says Tappana.

Dr. Sal Raichbach of the Ambrosia Treatment Center cautions parents that PTSD isn’t just something that happens to soldiers, “When we think of PTSD, we often think of active soldiers or veterans who have seen wartime and are plagued with flashbacks from the battlefield. But PTSD is a lot closer to home than we think. Any traumatic event can trigger PTSD, from abuse in the household to a school shooting, like the one we’ve witnessed in Florida,” says Raichbach.

But that doesn’t mean that teens are going to experience PTSD the same way as those in the military, or war veterans. “PTSD in children usually differs from that seen in adults, and teens fall somewhere in the middle. Kids tend to reenact their trauma during play or watch for signs that the trauma will recur and try to prevent that from happening. Teens, on the other hand, will often show more aggressive behavior and potentially engage in self-harm or use drugs and alcohol as coping mechanisms.”

Why do teens experience symptoms of PTSD after incidents like the mass shooting in Florida? “PTSD is the body and mind’s response to unprocessed trauma. When trauma is processed properly, with enough expression either through shaking in the body, through crying, or through the expression of rage and fear, it becomes ‘resolved.’ This means the body and mind won’t be haunted by the experience forever, which might lead to nightmares, chronic and constant fear, and the feeling of being perpetually unsafe,” says psychoanalyst Claudia Luiz.

Why do teens outside of Florida experience PTSD? It may be because of the extensive and inescapable media coverage of the event. “Research from 9/11 has shown that people can develop PTSD just from watching a traumatic event on television over and over again. Teens have been fascinated by this school shooting more than others because the distressed students have continued to speak out,” explains Dr. Carole Lieberman, author of Lions and Tigers and Terrorists, Oh My! How To Protect Your Child in a Time of Terror, who adds that the most important thing parents can do to help kids with PTSD is to acknowledge their reactions to the event as understandable. “It is important to talk about what happened and to get them to express their feelings about what happened. Ask them if they’re worried that this will happen at their school. Ask if they know anyone who they think has angry feelings and might be ready to explode like Nikolas Cruz. Ask if they know any classmate who has guns. Ask if they themselves sometimes get angry feelings that make them fantasize about hurting people or hurting themselves.

What if you can’t tell whether your teen is experiencing PTSD or just normal teenage angst? “In my opinion, parents are the first line of defense against mental illness in children. They interact with their children more than anyone else, so they are usually the first to observe signs and symptoms. If you know your child or teen has experienced a traumatic event, talk to them and keep an eye out for any further signs of PTSD,” says Raichbach.

Dr. Goodman adds that teens aren’t the only ones affected by the mass shooting at the school in Parkland, Florida. “Parents must take care of themselves and get their own support so they can best support their teens.”