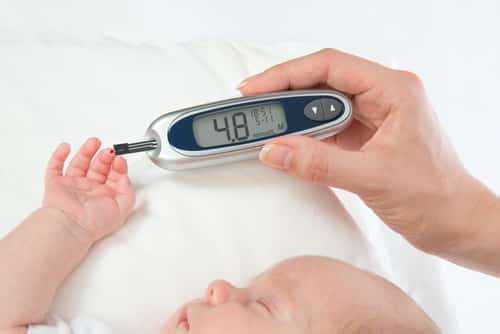 According to the American Diabetes Association, approximately 1.25 million American children and adults have type 1 diabetes. Of that number, nearly 200,000 children and young adults under the age of 20 have diabetes and it’s estimated that nearly 20,000 new cases of Type 1 diabetes will be diagnosed each year

Type 1 diabetes, which used to be called juvenile diabetes, develops most often in young people; however, type 1 diabetes can also develop in adults.

What exactly is Type 1 Diabetes?

In type 1 diabetes, your body no longer makes insulin or enough insulin because the body’s immune system, the system that fights illnesses and infection begins to attack and destroy cells in the pancreas that produce insulin.

What are potential complications?

Diabetes can cause serious health complications in adulthood including:

Unlike Type 2 which occurs more often in middle aged and elderly adults and is linked to weight gain and obesity, Type 1 is an autoimmune disease that may be linked to genetic or environmental factors. When it occurs, the pancreas, an organ that produces insulin, doesn’t produce enough to break down sugar. Without insulin, blood sugar isn’t regulated. Elevated levels of blood sugar over time have serious health risks.

What are the symptoms?

Extreme thirst, hunger, fatigue, and blurry vision are some common symptoms. Other symptoms could include a cut that doesn’t heal, dizziness from changes in blood pressure, and headaches. Because diabetes can affect blood vessels in the body, an optometrist or ophthalmologist can check eyes for signs of diabetes.

Sometimes, diabetes can be treated with diet but in Type 1 Diabetes when the pancreas doesn’t produce enough insulin, it’s common to take insulin shots. Shots can be given through self-injections or via an insulin pump that automatically monitors blood sure in the bloodstream and injects insulin as needed.

Sometimes, insulin can be taken by mouth too. Other treatments focus on lifestyle modifications. In children, it’s especially important to teach children how to recognize symptoms in their own bodies. It’s empowering and critical to teach kids the signs of high blood sugar when insulin is needed, or low blood sugar when eating something to raise blood sugar is needed. It’s also critical to teach kids about insulin shock. Insulin shock occurs when blood sugar levels get too low in the body. Symptoms are fogginess, fatigue, disorientation, and a feelings of passing out.

A child with Type 1 Diabetes must also be taught healthier food choices and will probably be referred to a nutritionist or dietitian.

Your child’s physician, commonly an endocrinologist who treats diabetes and other hormone-based conditions, will make recommendations to help your child stay fit. Diabetes can affect weight and though early symptoms of diabetes can be weight loss, once a child is on insulin, weight gain might occur. The best lifestyle modification is to keep your child involved in physical fitness.

Your doctor will recommend that your child’s blood pressure is monitored. The school nurse can usually do that job. Since diabetes affects the health of blood vessels, it can cause fluctuations in blood pressure.