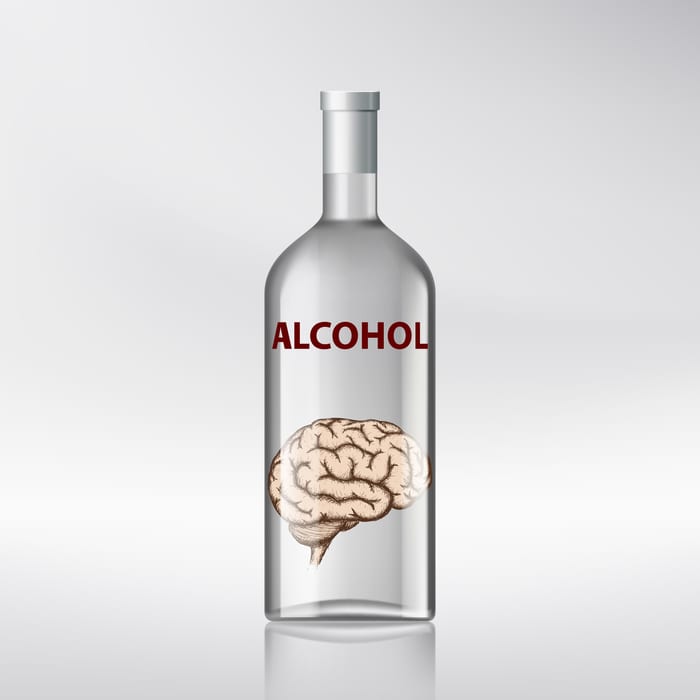 If you managed to follow that train of thought to its logical conclusion, your child can, too. It’s just that most parents haven’t thought to explain it to them, lay it all out on the table. Which is a shame, because doing so may just stop children from taking that first sip of alcohol.

That’s the conclusion of a new survey conducted by market research firm GfK on behalf of Ask, Listen, Learn, a program of Responsibility.org. More than 1,000 parents of children ages 10-17 took part in the November, 2017 survey, the results of which are in a report entitled, A Lifetime of Conversations: Kids, Alcohol, and the Developing Brain, issued just ahead of Alcohol Responsibility Month. The report also includes data culled from other research on the topic of underage drinking, along with important advice and perspectives from experts in the field.

Stunning details in the new report illustrate both how and when parents are having conversations with their children about underage drinking. This information helps us understand how we have managed to achieve a significant reduction in children’s alcohol consumption in the United States since 1991, when experts first began to track the point at which underage drinking begins.

Some conclusions from the report:

More Parents Are Talking the Talk.

The good news is that more parents are talking to their children about drinking alcohol. A majority (76 percent) of parents of children aged 10-17, have in fact, spoken to their children at least once during the past year about underage drinking. That represents an increase of 7 percent since 2003.[1]

Parents Wait Too Long to Have the Talk.

The report suggests that parents may be choosing to be reactive, rather than proactive in their conversations with their children about underage drinking and alcohol. Half of the parents surveyed wait until their children see something about drinking on television or social media, or until asked about underage drinking, before they begin the conversation about alcohol. They may be waiting too long at that: only 2 in 5 parents spoke to kids aged 10-14, though 23 percent of 8th graders (age 13 or so) have already tasted alcohol.

Too Many Parents Think: “My Kid Wouldn’t Drink.”

More than half the parents surveyed, 58 percent, or nearly 6 in 10 parents of children age 10-17, say their children won’t be needing to make any sort of decision about alcohol over the next three months. They think their children are too young to discuss drinking. This flies in the face of underage drinking statistics: 23 percent of 8th graders have drunk alcohol and 53 percent think it would be easy to get alcohol. These particular statistics only increase as children get to high school.

Parents Think Kids Are Too Young for the Talk.

Parents Don’t Think About the Impact of Underage Drinking on Living a Healthy Lifestyle.

Parents tend to speak to their children only about the immediate consequences of underage drinking, for instance alcohol poisoning or car crashes. Experts believe that parents should instead be discussing the impact of alcohol on brain development and the long-term effects of underage drinking, for example, memory issues and alcohol dependence. When asked to list reasons children shouldn’t drink, 4 out of 10 parents did not list brain health.

“Parents are the most powerful influence in kids’ decisions not to drink alcohol underage,” says Ralph Blackman, president and CEO of the Foundation for Advancing Alcohol Responsibility, the survey sponsor. “Past research demonstrates that when conversations between parents and kids about alcohol go up, underage drinking rates go down, but there is more that can be done to improve the effectiveness of these conversations.”

Experts like Blackman would like to see parents starting the conversation about underage drinking earlier, and they’d like them to continue the conversation as the child matures. Parents should begin the conversation before children are afforded an opportunity to drink alcohol, which means having that first conversation when a child is around 10 years old. By age 14, many children have already been offered a drink.

Does this mean that most children have been offered a drink by age 15? “No, not necessarily,” says Deborah Gilboa, MD, family physician and youth development expert, who serves on the Ask, Listen, Learn education advisory board. “In fact, the overwhelming majority of kids this age have not tried alcohol. but as kids transition from middle school to high school, their chances of participating in underage drinking increase. According to data from the National Institute on Drug Abuse’s 2017 Monitoring the Future survey, 23 percent of 8th graders have reported drinking alcohol in their lifetime, which increases to 42 percent in 10th grade and 62 percent in 12th grade.

“While there is still work to be done, these numbers have significantly decreased since 1991, partly due to an increase in parent/child conversations around underage drinking. Ideally, parents should discuss the dangers of alcohol, including the impact of alcohol on the developing brain, early and often with their kids, so they truly understand the risks and can feel confident in saying no if approached with an opportunity to drink,” says Gilboa.

But some parents aren’t speaking to their children about alcohol at all. One in four parents surveyed said they either didn’t speak to their children about underage drinking, or can’t recall whether or not they had that talk. That’s a shame: children need to know about these things, about alcohol and its effects. Children are open, moreover, to hearing about what underage drinking can do to them, not just in the short-term, but over time. Learning the facts of what alcohol can do to their developing brains, appears to deter them from ever wanting to try alcohol in the first place, according to the experts.

The upshot: It’s great that more parents are having conversations about underage drinking with their kids, but experts wish they’d put a different spin on these talks, and speak about brain health as being the most important reason to avoid alcohol. “Create a foundation for these conversations with kids by answering their questions simply and clearly at any age, and actively discuss this topic by age nine or ten. At this time, kids are becoming very curious about their growing bodies and brains and are open to learning about how alcohol can impact both.

“Adolescence includes critical phases in brain development. The area of the brain that controls reasoning—helps us think before we act—matures later in the third decade of life. The sooner that parents speak with their children about the dangers of drinking alcohol underage, the better,” says Dr. Gilboa.

The Lifetime of Conversations study was conducted online with GfK’s Omnibus, using the web-enabled “KnowledgePanel,” a probability-based tool designed to represent the U.S. general population, not just the online population. The study consisted of 1,000 nationally representative interviews conducted between November 10 and 12, 2017 among adults aged 18+ with at least one child between ages 10 and 17. The margin of error is +/-3 percentage points for the full sample.