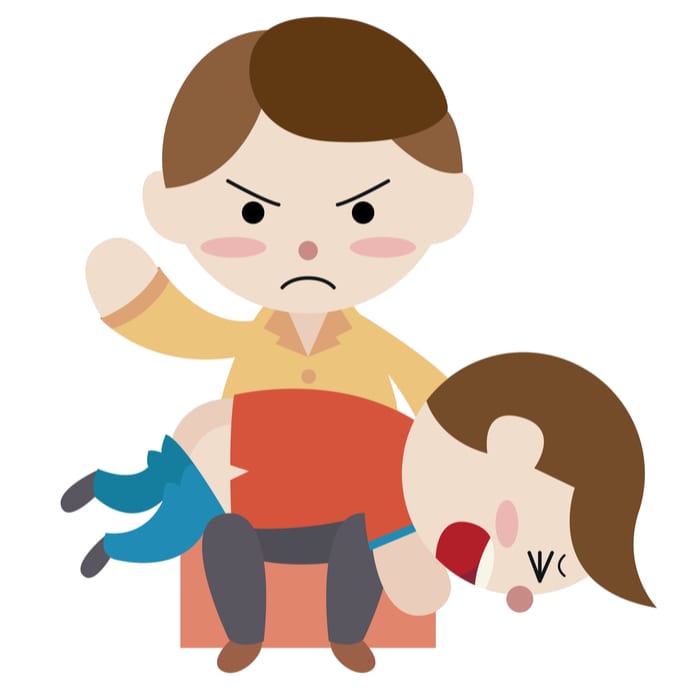 Spanking was never proven to be a bad thing, at least not scientifically. That is until now. University of Michigan researchers have looked at the data and finally and absolutely concluded that being spanked as a child may lead to an assortment of mental health issues in adulthood.

This new study was undertaken by Andrew Grogan-Kaylor and Shawna Lee, both assistant professors of social work at the University of Michigan. The work they did in tandem with their colleagues points to spanking in childhood as a form of violence, which leads to mental health issues such as depression, attempts at suicide, and moderate-to-heavy levels of substance abuse, such as alcohol or illegal drug use, later in life.

“Placing spanking in a similar category to physical/emotional abuse experiences would increase our understanding of these adult mental health problems,” says Grogan-Kaylor.

The researchers noted the similarities between spanking and physical abuse: both involve using force and inflicting pain. Both are linked to similar mental health outcomes. These similarities caused the researchers to wonder whether spanking should be categorized as an “adverse childhood experience.” That would place spanking in the same basket with, for instance, abuse, neglect, and household dysfunction. Household dysfunction would include, among other things, divorce, or a parent in prison.

To a layman, the questions that comes to mind are: are the scientists looking to label spanking as abuse? Could it be that parents who are likely to spank their children are also more likely to use physical abuse, neglect their children, or run dysfunctional households? Just how big a study was this?

Also: can we finally lay this to rest and rule, unequivocally, that spanking is bad? Or is this just some psychobabble being spouted? Must we, as parents, pay attention?

It bears noting here that the study is based on data pulled from the CDC-Kaiser ACE study. “ACE” stands for “adverse childhood experiences.” The ACE study definitely represents a large enough sample to be statistically relevant. The number of participants stands at over 8,300, with an age range of 19-97 years. As for the methodology, the data was gathered by having people answer questionnaires when visiting an outpatient clinic for routine checkups.

Clinic patients were asked how often they were spanked during the first 18 years of life. They were also asked to describe their childhood households and whether an adult had abused them. Physical abuse was defined for the participants as pushing, grabbing, slapping, or shoving. Emotional abuse was described as being insulted or cursed.

Participants who reported being spanked as children, were more likely to be suffering from depression and other mental health problems.

What constitutes “spanking” in this study? Is spanking any time the hand is applied to the bottom, whether or not the parent is angry at the time? The researchers came up with this definition: “spanking is defined as using physical force with the intention of causing a child to experience pain, but not injury, to correct or control the youth’s behavior.”

A fair enough definition. But how do we know it’s spanking that is causing the mental health issues later in life and not some other factor? This author put the question to researcher Grogan-Kaylor, who responded as follows: “The question is a great one. The key question is whether we are comparing children who are otherwise alike. That is to say, are we comparing families and children that are otherwise alike with the exception of spanking? Statistical techniques allow us to ensure that we are comparing like to like, and to rule out a number of other alternative factors as possible causes.”

Grogan-Kaylor shared with this author two other papers he’d co-authored, The Case Against Physical Punishment, and, Unpacking the impact of adverse childhood experiences on adult mental health. Both papers lend evidence to the theory that spanking can be seen as an “adverse childhood experience,” and therefore causes harm to the child, which may manifest only in adulthood, in the form of mental health issues. The former study illustrates this harm to the child through three theories: the attachment theory, the social learning theory, and finally, the coercion theory.

The attachment theory suggests that a child needs to feel absolutely sure of a parent’s love and care in order to flower. This sense of secure attachment to the parent is founded on parental empathy and sensitivity to children. Spanking then, is a way of responding to a child’s need for attention that erodes the child’s secure attachment to the parent by making the child feel degraded and rejected. Such children can develop feelings of being unworthy, which in turn can lead to depression and anxiety.

The social learning theory has children learning from example. The theory here is that when parents punish children for bad behavior by spanking them, children learn that violence is an acceptable method for correcting the misbehavior of others. Further complicating the message, is the fact that spanking stops the poor behavior, so that children learn that violence is an effective way to control and cope with interpersonal relations and for dealing with social interactions in general. In other words: violence is the way to work things out with people/relationships.

Coercion theory describes a cycle that occurs when the child rebels against the parent’s punishment. The parent may say, “If you don’t stop doing that, I’m going to spank you.”

The child may react with hostility to this situation, which causes the parent to “step up his game.” The intensification of the parent’s response comes with anger from the parent, which makes the child more rebellious. This “coercive cycle” continues to worsen until one side gives in. The parent may give up disciplining the child or the child may give in to his fear and pain and do as the parent wishes. In any event, one side “loses” and feels defeated. Defeated, one might emphasize, as opposed to feeling as though a problem has been resolved, or a lesson learned.

In terms of real life examples of how spanking is or isn’t used as a parent-rearing method, this author has often heard one mother say, “I don’t need to hit my children.”

The implication here is that there are other ways to make children behave, and they don’t involve violence.

Another friend said she spanked her child just once, when her child ran out into traffic. This mother spanked her child out of equal measures of love and fear, out of a desire to preserve her child’s safety. It was a protective, knee-jerk reaction. In spanking her child this one single time, this mother meant to create an association: run into traffic=receive an unpleasant smack on the butt.

That child is today, what seems to be, to this author’s eyes, a well-adjusted adult, with no apparent mental illness. Also, that child never again ran into traffic. Thus, at least on a basic level, the parent achieved her aim: to create a negative association so the child would never repeat the behavior. Would that lesson have been driven home as effectively in any other manner?

There may be a generational factor in parents who did spank and parents who never do. Today, there is a greater awareness of abuse in all its forms. A parent may be reluctant to spank due to the perceived association between spanking and physical abuse. Back in the 1980’s, however, there was much less awareness of abuse and its effects. Even today, this is study is groundbreaking in that it suggests that spanking actually hurts children in terms of their future mental health.

Lead author of this study, Tracie Afifi, associate professor at the University of Manitoba, suggests we too often think about child abuse and its prevention, but not so much about harsh parenting. Afifi believes we need to put thought and effort into preventing this sort of parenting before it occurs. “This can be achieved by promoting evidence-based parenting programs and policies designed to prevent early adversities, and associated risk factors,” says co-author Shawna Lee, who is also a faculty associate at the U-M Institute for Social Research. “Prevention should be a critical direction for public health initiatives to take.”