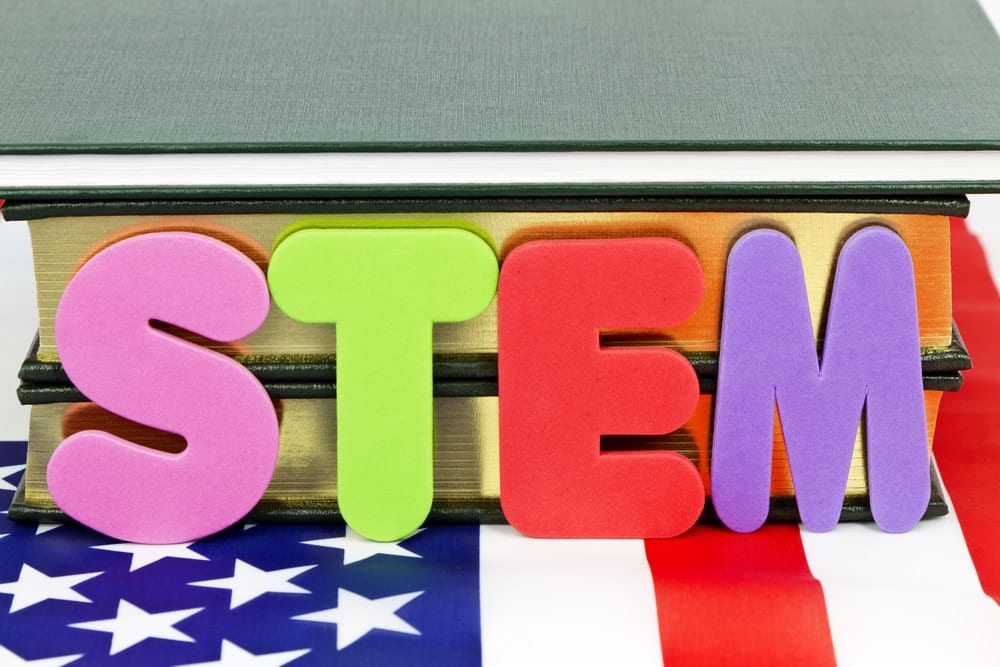 This holiday season, buy gifts that encourage a love of learning, that teach problem solving, design, process, and electricity. This season, invest in a snap-circuit kit.

I know. This week’s blog post sounds something like an advertisement, a promotional piece that could have been written by the owners of Elenco, the makers of snap-circuits. But no. It’s written by me, your faithful writer, a former science teacher, a licensed ham radio operator, a parent, and a major supporter of STEM learning.

What does STEM mean? It’s not a botany term. It’s not the fibrous support system that transports water and nutrients from the soil to the plant. It’s not a medical acronym. It actually stands for science, technology, engineering, and mathematics. It’s also an area most students show a deficit, especially girls. And it should be a major concern to any parent.

In a recent study of 15-year-old students who took a STEM-based achievement test, the “US ranked 28th in math literacy and 24th in science literacy. In addition, the U.S. ranks 20th among all nations in the number of 24 year olds who earn degrees in natural science or engineering.”

Statistics also indicate that the U.S. educational system is failing to prepare students and teachers in areas of science, technology, engineering, and mathematics (STEM) and that a majority of secondary school students fail to meet proficiency in math and science. Worse yet, many teachers who are expected to teach STEM-based subjects lack adequate subject matter training.

The news is grimmer for girls. According to a report published by the U.S. Congress Joint Economic Committee,  “women are less likely than men to pursue degrees in STEM.  In 2009, women “earned 57 percent of all bachelor’s degrees awarded, up from 54 percent in 1993. At the same time, the share of bachelor’s degrees awarded to women in mathematics and statistics declined by 4 percent and in computer science by 10 percent. Consequently, while women have comprised a growing share of the college-educated workforce, their share of the STEM workforce has not increased. Only 14 percent of engineers are women, as are just 27 percent of individuals working in computer science and math positions.”

The report concluded that if female participation in the STEM workforce increased, it would alleviate the demand and cover the shortage of STEM workers.

How do we as parents and educators encourage children to embrace STEM areas of study? How do we stem the tide (for lack of a better analogy)?

While we can encourage schools to hire more STEM professionals, especially women who could serve as role models for young girls interested in science, math, engineering, and technology, we can do a lot at home. By encouraging our children to play with toys or by engaging them in STEM-oriented activities, we can do much to plant a seed of interest. As parents, we can also help to demystify the misinformation that these target areas are too complicated or too hard to learn.

Snap circuits, a relatively recent arrival in the toy industry, are building blocks with snaps and embedded electrical pathways. When snapped together, the blocks create countless unique circuitry that power lights, sound, movement, or a combination of outcomes. An adept child, even an elementary school child can build an entire “Rube Goldberg” replete with lights, sounds, and movement. The company, Elenco, has designed more than a dozen kits, some basic starter sets for younger children, and educational and teaching kits for middle and high school teachers.

The company also provides free online manuals for parents and teachers as resources. It also offers replacement parts, which as a parent with young children and dogs, I certainly appreciate. Sometimes dogs will chew up a resister or capacitor. And while the snap circuits are pretty durable, they do break if stepped on.

Snap Circuits teach many principles of engineering and physical science, and introduce children to the components of basic circuitry including electronic flow, positive/negative poles, resistors, capacitors, serial and parallel circuitry, and many others. While children do learn these concepts in middle school, the toy’s design encourages children in inventive design and problem solving, spatial orientation, and electricity at an age when fear isn’t necessarily partnered with learning.

The toy is successful because of its hands-on nature.

According to the National Academy of Engineering, learning STEM through design and hands-on approaches is more effective than through bullet-point presentations and text. Learning early foundations and concepts of engineering can be dry and boring. That’s the first repellent to kids. If it’s boring, if I can’t understand it when I read it, I’m not going to do it.

Students find design engaging and learning how the foundations and concepts apply to an overall design helps learners of any type absorb information. Designing circuitry through snap circuits can be a vehicle by which foundations of engineering and electronics can be learned. Also, if students are involved in the design, if they can take basic designs formats and then learn how to build above and beyond, they begin the educational process known as metacognition. Knowledge is learned and the applied to higher-level thinking.

It’s also believed that an early interest in engineering (or math, sciences, or technology), one that occurs in the early and middle school years can affect career choices down the road. And since much of a child’s formative education starts at home, as parents we can affect learning and activity choices well before trends and misinformation does its damage.