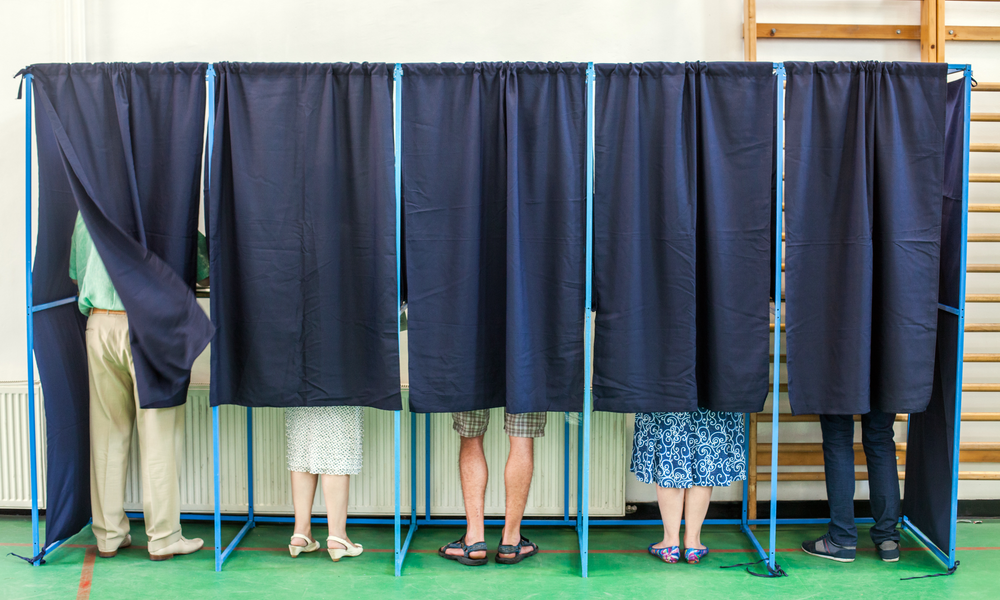 Shy voters, it is believed, are behind President Trump’s surprise victory over Hillary Clinton in the 2016 election. In 2020, shy voters remain a concern. The voter’s right to secrecy and the right to cast a secret ballot, have been a part of the American voting scene since the late 19th century. In the run-up to the 2020 election, polls predict a Biden victory, just as they predicted a Clinton victory in 2016. But the polls reflect only what the respondents wish to share. In the end, because of the right to voter privacy, no one but the voters themselves know how and for whom they will vote. The shy voter phenomenon therefore carries an important civics lesson for our children. But it’s also an important social emotional lesson: it is absolutely in our power to prevent intimidation and bullying by keeping our personal information private.

A quick Google search for “Trump” reveals that almost without exception, the mainstream media reviles the current president. The deafening buzz on social media expresses disapproval of Republicans in general and Trump and Trump voters in particular. Civil unrest, as much as the coronavirus pandemic, have figured large in the 2020 election cycle. There is strong, visceral hatred for President Trump. But there is also fear that shy voters may yet hold sway and reelect the incumbent president, Donald Trump. If so, the media campaign against the president, the protests in the streets, and general public feeling against the president, will have backfired. Shy voters keep the identity of their preferred candidate close to the chest precisely because they fear intimidation by those who would insult and malign their choice for president, made of their own free will, as enshrined by American law.

Americans don’t have to tell anyone what they do with their vote. It’s a right. Fear of disapproval and intimidation are the reason shy voters keep this information a secret. This fact tends to skew any poll results, just as it did in 2016. And yet, here is the media once again, making hatred for the president so vocal and so mainstream that shy voters are once again, afraid to share the identity of their favored candidate.

President Trump is no shy violet and the things he says and tweets are controversial, even anathema to so many on the other side of the aisle. Shy voters, in short, at least in this election cycle, are Trump voters. This puts parents who plan to vote for Trump in a difficult position with their children. Should they reveal their choice for president to their children, or keep quiet to protect their children from intimidation?

But we all know what is going to happen next: the secret will be shared with a peer and that peer will share it with another peer, and so on and so forth. Which may be the reason some parents have chosen not to share the identity of their favored electoral candidates with their children. Marla Constantine*, a shy Trump voter from Seminole, Florida, had this to say about voting and the need to keep things private, “My daughter is dying to know whom I’m voting for, but I won’t tell her I’m voting for Donald Trump. It’s too dangerous. America is so polarized right now, and kids can be so vicious. I’m afraid she’ll be bullied, if she ‘outs’ me to her friends.

“At the same time, I’m using this opportunity to explain the right to privacy. Every American has the right of the secret ballot. We don’t have to tell anyone whom we’re voting for. Sometimes it’s good to keep things quiet.”

Not All Trump Voters are Shy Voters

Bill Sullivan* of New Kensington, Pennsylvania, was proud to share with his teenage son Derrick the fact that he will be voting for Donald Trump. But he soon regretted the decision. Derrick came home from school with a blackened eye and bloodied shirt. “I told him not to tell, but he saw how proud I am of my vote, and he latched onto that. He bragged about it in school: ‘My dad’s voting for Trump, what are you going to do about it, huh?’ and so naturally he got beaten up. He practically asked for it.”

It’s not just about what voters tell their children, of course. Shy voters are keeping mum with colleagues and social media, because they don’t want to open what is bound to be an distressing conversation or contentious debate. It’s unpleasant. And in fact, people have long made it a rule to avoid discussion of politics or religion in a public forum.

David Reischer, an attorney, describes the social dilemma of the shy voter. “The ‘shy voter’ phenomenon is easily explainable as voters do not want to be judged for holding the ‘wrong’ political opinion. Many people prefer not to discuss politics in polite society so as to avoid toxic confrontations that erupt over a difference of opinion. This phenomenon is actually a sign of maturity. Many people want to have relationships with people even if their politics are different from others. There are a broad range of other important matters that shape how we select friends besides politics.”

A Lesson in Civics

Reischer believes that while it may take time for the right to privacy to sink in as a concept, it’s still important to discuss it with our children. It’s a lesson in civics. “Politics is a process by which a group of people, whose opinions or interests might be divergent, reach a collective decision. Civics are the concerns with the affairs of the community and nation by a citizen. Children need to appreciate this distinction and learn to be good public citizens,” says Reischer.

But how to get this across to our children? Reischer feels that high school is the appropriate time to broach the subject. “My teen-aged children are advised not to judge a person based on their political beliefs and to defer a discussion of political matters in general society if at all possible. Politics is best discussed in small groups of 2 or 3 persons where real exchange of ideas are possible but when a discussion group is too large it can frequently degrade into group think and mere parroting of propaganda and slogans. Parents should not shove their political opinions down the throats of their own children and let them make up their own mind but also parents should not be afraid to discuss their own political philosophy. Parents should be extremely careful not let any of their own disillusionment dampen their children’s interest in becoming civic minded.”

Shy Voters Need to be Educated

Daniel Carter, hoverboard enthusiast and Biden supporter, disagrees. He feels that bringing politics out in the open is an important chance to educate the public. The shy voter, in his opinion, is a voter that remains stagnant in his views, and well, ignorant. “Just the other day, my eldest and I sat at the dinner table talking about politics. We both agree that Biden should take the presidential seat because we’re all so tired of Trump’s senseless ruminations. Our conversation drifted to the ‘shy voter’ effect.

“I told my son that in today’s society, many people are afraid of the backlash they are going to get for speaking their minds. It feels very much like we’re dead fish following the current. The practice of not speaking about who you’re voting for seems unconstructive because you aren’t allowing anyone to challenge your perception and so you remain stagnant.

“I honestly believe that more people should be open to constructive criticism and in turn, people should be more understanding of others instead of just jumping the gun and pasting labels on those who have different opinions than they do. I think the goal here should be to educate instead of shame.”

Dr. Carole Lieberman, media psychiatrist and bestselling author, says that it is important to talk to our children about the election and to explain the phenomenon of “shy voters,” in particular because it’s a phenomenon that should not exist. “It’s really unfortunate that we have to explain what a ‘shy voter’ is to our kids because, in a perfect democracy, there wouldn’t be any ‘shy voters,’” says Lieberman. “People would feel comfortable talking about who they are going to vote for. It’s not that there’s anything wrong with wanting to keep your choice private, but these days it’s more about fear of other people’s reactions to your choice that makes someone a ‘shy voter.’

“Studies have shown that a majority of people are afraid to express their political opinions. Depending upon the age of your child, you can get them involved in the election and pretend to vote as a learning experience. Have children watch debates and TV ads for the candidates, and have them read the news about them, too. Get them to think about why they would want to vote for a particular candidate if they could.”

Whether or not you decide to reveal your choice for president in 2020, is, in the end, a judgment call. But parents should certainly discuss the election in general, and shy voters in particular, whether or not they go for the big reveal. “This election gives parents lots to talk to their kids about,” says Lieberman, “The good, the bad and the ugly!”

*Some names have been changed