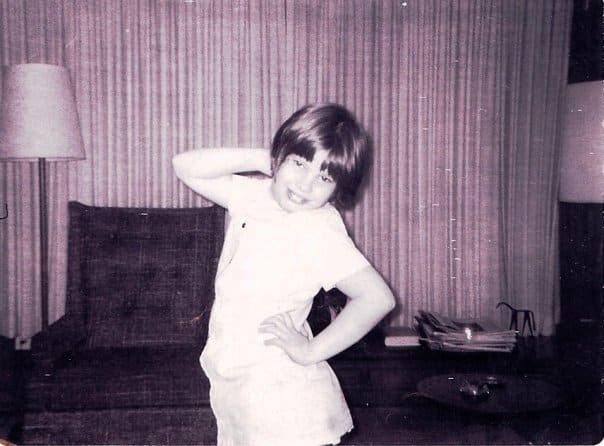 Ursula K. Le Guin, an award-winning novelist and self-professed introvert once wrote, “Hardly anybody ever writes anything nice about introverts. Extroverts rule. This is rather odd when you realise that about nineteen writers out of twenty are introverts. We have been taught to be ashamed of not being ‘outgoing’. But a writer’s job is ingoing.”

It’s an iconic statement, and perfectly sums up how it feels to be a writer.  Writers don’t like the spotlight but are happiest when their work makes a difference. Writers tend to ruminate, ponder the relationships between seemingly unrelated people and things. Writers are deep, sullen, sometimes awkward, and are frequently the silent partners, the creative energy behind the ideas. It’s also a fitting introduction to Varda Meyers Epstein, the subject of today’s blog.

To read Varda’s articles or stories is like stepping into an altered dimension you didn’t know existed. She takes you in, shows you a new way of seeing the world, and imparts a clarity you just can’t shake. She is also the creative force behind the Kars4Kids educational blog.

In addition to the blog, Varda has written and been published in a wide-range of publications on subjects including but not limited to politics, parenting, and child development. She is also my childhood friend, one I’ve known over 40 years.

MH: You do mention tidbits about being the third generation of your family born and raised in Pittsurgh. What is so unique about Pittsburgh?

VE: Pittsburgh is first of all, beautiful with green and rolling hills. When I visit, I can’t seem to drink in enough of the view. Pittsburgh has this rep of being dirty or unrefined and nothing could be further from the truth. It’s a college town. Rather than unrefined, I’d say Pittsburgh has this feel to it, where all are like family. Maybe it’s because of the things we share, for instance, our love of sports, our odd accent. Once upon a time, Pittsburgh was an important city, because of the rivers. Now it’s got the air of a small town.

It was dirty once, because of pollution from the steel mills. But it was cleaned up and the steel mills are no more. As for unrefined, how do you explain the history? The Mellons, Andrew Carnegie? Gene Kelly! Maybe if it didn’t have “Pitt” in the name we’d give Pittsburgh the respect it deserves.

MH: There are many prominent journalists and writers from Pittsburgh such as Stewart O’Nan and Michael Chabon. Why do you think Pittsburgh is such fertile ground for blossoming writers?

VE: Funny you bring that up. Willa Cather wrote Song of the Lark practically around the corner from my childhood home. Pittsburghers have courage, something a writer needs in large quantities. Writing is about turning your heart inside out and showing it to the world at large. When the writing is true, it’s like bearing your soul for all to see. Pittsburghers are rough and tough but soft at heart. The writer gets to that little kernel of truth in the middle.

MH: How do you choose what you write about?

VE: In some ways, I don’t. Rather the subjects I write about choose me. But it isn’t always like that. Sometimes someone will ask me to write about something, and then I have to think if there is an interesting angle or perspective to the topic: does it speak to me?

If it doesn’t speak to me, I can’t write it. But usually, I can come up with an angle that pleases me. For instance, everyone is enthusing about The Book With No Pictures. But I didn’t think it deserved all the hype and I had specific reasons I disagreed with the popular perspective on this viral topic. So I wrote about it. But not in the way everyone else wrote about it. That is important to me: to bring something new to the table, to the conversation.

MH: Charles McGrath, a frequent contributor to The New Yorker once said that other writers claim he has five different styles he uses when writing an article. What are some of your styles?

VE: I definitely agree that a writer has different styles, though I’ve never counted mine. Let’s see:

Probably more! I don’t think writers can be placed in neat little boxes. I do confess that my favorite style and the one that seems most popular with my readers is the mystic. Second choice is science. I love cognitive neuroscience topics.

MH: Once you write a story or an article, what outcome is most important to you?

VE: I want to touch my readers. Receiving feedback is very important because when I don’t get comments or likes on an article I think is a worthy one, I get the blues. It’s like a personal rejection.

VE: Definitely this one from someone who read my piece about Yemima Mosquera the other day: “In all honesty all I knew before reading this was that a girl who was converting to Judaism was murdered by evil. Now I know so much more. She had a name. She had a story, hopes and dreams and such sweetness. I think this was written by an angel although some say it was Varda Epstein which could well be one and the same thing.”

MH: Social media is rather important to any wannabe or established writers now. It’s also a great networking tool. I’ve reconnected with distant cousins and old elementary school friends. How has social media affected you?

VE: I was a nobody until I got a computer. The Internet and with its advent, social media networking, earned me a following. This is largely due to the backspace button! You can’t backspace over spoken words, but you can edit the written word to your heart’s content. My mind runs a mile a minute, so when I speak, I have a tendency to put my foot in my mouth.

At the typewriter, it’s different. It takes more thought. You can reassess what you’ve written and change the tone or the perspective according to what you think will be acceptable to your reader. I’m a better me in type than I am in person. That sounds sad, doesn’t it? *sigh*

MH: How is networking essential for a writer?

MH: You have twelve children. How does parenting flavor your writing? For any parents who want to write, do you have any recommendations?

If I think back to my teen years, I remember how I’d get all these amazing ideas so fast that they’d replace each other before I’d get them down. I was a bit scattered, you know? That doesn’t work for writing.

A writer must be sharp, must be sober and organized, to set down thoughts in a logical order. A writer must pin down a topic and stick with it to its fruition. It doesn’t work to shoot out a lot of ideas and just go here, there, and everywhere. You have to be focused. You have to be able to edit and edit and edit some more until the piece is perfect and there is not another thing you can do to make it good.

MH: If you could impart a kernel of wisdom to new parents, what would it be?

VE: Babies need to cry for at least a total of 2 hours a day in order to be healthy. It’s the way they air their frustrations. You can try your best to calm them, but they will still manage to get their 2 hours (or more) in, in one 24-hour period. If you really take this in and understand it, you’ll feel a lot better about yourself and your relationship with your new infant.

MH: Are there any particularly interesting stories you can share about social media and the people you’ve connected or reconnected with?

VE: How about us, Merlipoo? I’ve known you since we were seven. Then I lost you. I’d hear things about you, but had no actual contact with you. I loved you. I love you still. And you weren’t in my life until you got a Facebook account. And now we work together on the same writing team. Is that amazing or what?

THAT is the power of social media.