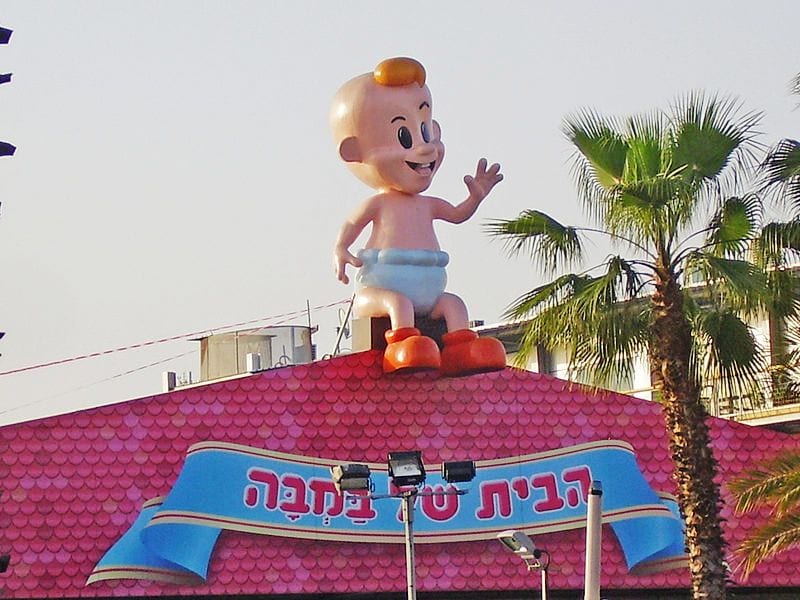 Peanut bans were unfamiliar to me until I visited The Zone, a summer camp facility partially funded by  Kars4Kids. I was accompanying a van full of teenagers on a daytrip to Albany, New York, and the girls were hungry. A counselor was about to open a jar of peanut butter, then hesitated and asked me if I was allergic.

“Wow,” I thought. “Like peanut bans? Seriously? When did that happen?”

The short answer? Peanut bans happened sometime during the 1980’s and 1990’s. That’s when peanut allergies became all the rage.

I myself remember hearing about a local someone who dropped dead at a bus stop after kissing a spouse who had taken a bite from a cookie that had such a minute amount of peanut in it, that the ingredient had not appeared on the label. The guy who kissed his wife, the guy who received the kiss of death, died too fast for anyone to locate an Epipen and treat his severe allergic reaction.

That was a tragedy—a rare tragedy.

But to ban peanuts outright? No way.

In fact, where I live, far from banning peanuts we make them a major part of every infant’s diet, in the form of a crunchy snack treat called Bamba. I used to joke that Bamba is what stood between my babies and malnutrition. because there was always a point where my babies dictated to me what they would and would not eat, as opposed to the other way around. That may have been due to sore gums and lack of appetite from teething, or out of simple pickiness. Whatever the reason, I could always count on my babies’ affinity for Bamba and thanked God that the  snack food was vitamin fortified.

Now, my second child turned out to be allergic to just about everything, including peanuts. She too, thrived on the Bamba diet as an infant. Because here’s the thing: even when a person is allergic to peanuts, it does not follow that the person will go into anaphylactic shock and die as a result of eating that food. I fed her Bamba having absolutely no idea she was allergic to the snack. She didn’t choke or turn blue. And now she is a mommy of her own picky children.

The fact is my daughter’s peanut allergy is probably as minor as it is (her hands itch when she makes PB &J sandwiches for her peanut-allergy-less children) due to her having eaten Bamba as a baby. I didn’t make that up. It’s science.

Bamba exposure as a way to ward off peanut allergies was written up in the New England Journal of Medicine and tested in a British study, too. What did the good scientists find? They found that medical advice to keep kids away from peanuts had caused the rate of peanut allergy to rise in the United States. Meanwhile in Israel, almost no one has peanut allergies. Because Bamba.

In fact, children fed Bamba during the first year of life, had an 81% lowered risk of developing a peanut allergy.

What does this mean going forward? It means that researchers are going to see if they can make the same thing happen with other common allergy-causing foods, for instance soy, dairy, and eggs.

It makes sense if you think about it. I had allergy shots as a teenager for pollen and all sorts of air-borne allergens. The shots contained small amounts of the allergy-causing culprits themselves. It’s the same principle as the flu shot or a vaccine. It’s about strengthening the immune system.

So if all this makes sense, why on earth are we engaging in peanut bans in our daycare centers, schools, and summer camps?

Well, here’s the deal: in 1997, a random sampling found that one in 250 children in the U.S. had a peanut allergy. By 2008, that number had jumped to a startling one in 70. The number of children with peanut allergies had tripled.

No wonder the humble peanut was banished from sight. But not everyone agrees that we’re experiencing an epidemic or as Miranda Waggoner calls it, a “peanut panic.” Waggoner did some pretty intense research on the subject of peanut allergies for the National Institutes of Health (NIH). She’s not convinced the epidemic is real.

It could be that the experts and the media raised awareness of peanut allergy to the point that we were more able as a society to recognize the allergy when we saw it in our young children. It could be that the number has risen a bit in response to peanut bans, which affected the developing immune systems of small children. But what we don’t have is lots of kids dropping dead in school because of peanut allergies.

Medical sociologist Peter Conrad, of Brandeis University commented that Waggoner’s research shows how a rare reaction to an allergic food (the peanut), became very widely known to the public and even came to be seen as a “childhood epidemic.” Meantime, says Conrad, “While the individual risk [of a severe allergic reaction to peanuts] is high, the risk on a population level is small.”

In other words, peanut allergies are not as big a deal as we make them out to be, with the exception of the very small number of people with life-threatening peanut allergies.

My point is slightly different than Waggoner’s: in making a bigger deal out of peanut allergies than necessary, we are creating the very problem we are trying to avoid.

That is to say: if exposure to peanuts during the first year of life significantly cuts the allergic response to peanuts, why on earth would we put into effect peanut bans in public spaces? Wouldn’t we want to expose our children to peanuts early and often?

Now I get that some people have severe reactions to foods. Someone with a severe peanut allergy might find his throat swells on contact with the substance. Or like my daughter, maybe just making a peanut butter and jelly sandwich can make her hands itch. These people should certainly avoid peanuts. Caregivers should be well-prepared to help their charges with known food allergies avoid those foods and they should know what to do in case of an allergic reaction. They should be aware and alert and take every precaution. I had another child who was allergic to dairy as a toddler. I had a terrible time making his caregiver understand the danger, how if my son were to crawl on the floor, pick up, and eat a stray piece of macaroni, he’d subsequently have a bloody stool.

It never once occurred to me to forbid macaroni in his presence or on account of his presence. It only occurred to me that his caregiver must be careful. That was what was important: that the person who cared for my son be educated, aware, and careful.

It is in this light I see the peanut ban: the fear of opening a jar of peanut butter in a classroom and the utter panic that ensues should some non-allergic child pull a PB&J sandwich out of a baggie during snack time.

It’s the very thing that causing the problem. Most of these kids who developed allergies, developed them as a result of the peanut ban. It is this that is causing the current peanut allergy epidemic: fear of peanuts, the avoidance of peanuts. Banning them from our presence.

That’s why I must and you should conclude that the peanut ban is a bad thing. Forbidding the presence of peanuts in our children’s lives is making them allergic to peanuts. It’s making them sick.

And that’s why the peanut ban, in my humble opinion, should be banned for good.