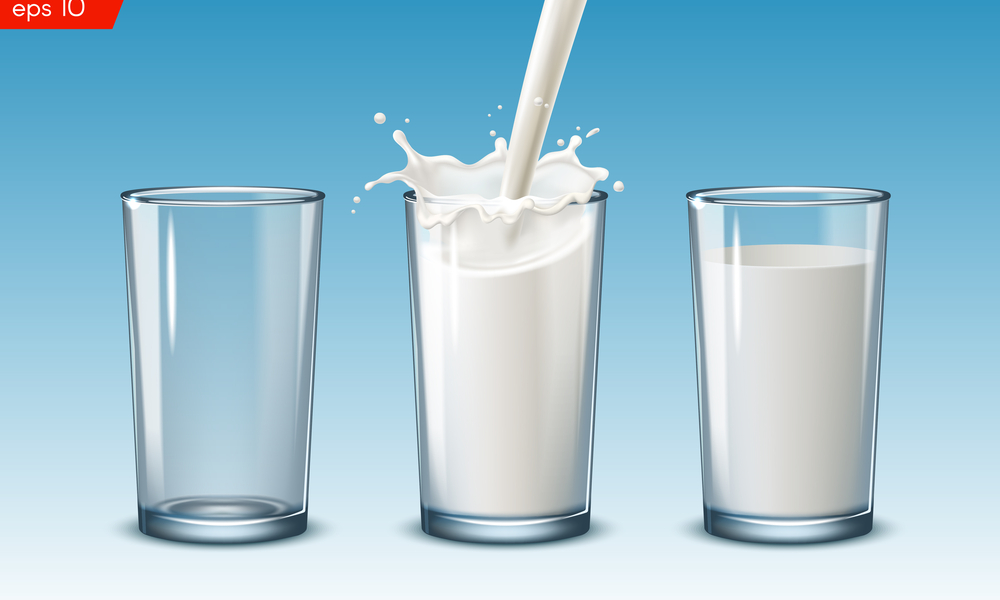 What are you, as a parent, supposed to do? Who are you supposed to believe? Well, let’s take a look at your choices. You can:

1) Ban your children from ever drinking milk again

2) Allow them to drink milk in moderation

3) Encourage your child to drink lots and lots of the white stuff.

Before you make your decision, you’ll want to know the facts of course, so your decision can be an educated decision.

American kids have been urged by their parents to drink lots of milk for more than one hundred years. The main reason given throughout this time has been that milk builds strong bones and teeth, due to its significant levels of calcium. But guess what? The rate of bone fractures is higher in milk-drinking Americans than in non-milk drinking populations. Moreover, some experts say that exercise builds strong bones more efficiently than calcium intake. But then, calcium is not the only reason we’ve traditionally been a milk-centric society.

An infant’s first nutrition comes from breast milk or formula. This fact has led to the idea of milk as a perfect food that has everything a person needs for growth, development, and strength. Which is silly. Because obviously, babies graduate to other sources of nutrition out of necessity. I mean, you don’t see any adults walking around drinking formula from a bottle, right? Hence, milk is not a perfect food. And clearly, it’s not a food that can exclusively support human life from birth to death.

Finally, you’ve got a theory that Big Brother tells people to drink lots of milk to support the American dairy farmers. Is this just conspiracy theory talk? Well, it is kind of interesting that the US Department of Agriculture (USDA) has a higher minimum daily milk requirement than just about any other country, including that of the United Kingdom (UK).

What’s so good about milk? You already know that milk has lots of calcium. Milk also contains protein and is fortified with Vitamin D. Organic milk also supplies goodly amounts of omega-3 fats and linoleic acid.

But milk is not the sole source of any of these nutrients. Let’s take a look at some other sources:

Lactose Intolerance: Some people say milk is actually bad for one’s health. That’s certainly true if you or any of your family members suffer from lactose intolerance. Lactose intolerance is very common in certain ethnic groups. It is estimated that some 75% of Ashkenazi Jews, for example, are lactose intolerant. Meantime, a study at Cornell University found that fully 60% of the world population is lactose intolerant. While there are pills one can take to help you break down this milk sugar, for some people, milk and other dairy products still cause uncomfortable tummy troubles like bloating, gas, cramping, and diarrhea.

Anemia: Infants and toddlers can develop iron deficiency anemia from drinking lots of milk. For one thing, cow’s milk doesn’t have much iron in it and if a child is drinking a lot of cow’s milk, she may be filling up on milk at the expense of other foods that might give her more iron. The bit of iron that is present in cow’s milk is also not well-absorbed by the body. Furthermore, 40% of otherwise healthy infants have a condition in which drinking cow’s milk causes them to have some hidden (occult) intestinal blood loss. Also, calcium blocks iron absorption, so that even older children and adults who drink lots of milk, may end up with iron deficiency anemia.

Obesity: Drinking low-fat milk is associated with higher Body Mass Index (BMI), while drinking whole milk is associated with lower BMI. Crazy, but true. The theory (unproven) is that low-fat milk leaves kids feeling unsatisfied so they overeat other foods. In speaking about obesity, one has to mention flavored milk. Ounce per ounce, low-fat chocolate milk has the same number of calories from sugar as Pepsi or Coke.  And besides obesity, a whole bunch of other health issues have been linked to added sugar, for instance heart disease and diabetes.

For every person who says milk is the worst thing a person can put in his mouth, you have another person saying that milk is the best thing since ice cream. Milk is definitely full of calcium and protein, which are things growing kids definitely need. Plus, if you have a child who’s a picky eater, for instance a kid who hates fish and vegetables, but loves to drink milk, it makes sense you’d give that kid milk instead of forcing him to ingest sardines and bok choy. Just give your child whole-fat milk and stick to the recommendation of the American Academy of Pediatrics (AAP) of offering just two glasses a day.

When Do Kids Need Milk?

It’s been said that cow’s milk is for cows. This is true. Every lactating mammal creates the type of milk that is best for her young. For human infants, the best milk is breast milk. Cow’s milk doesn’t have the nutrients an infant needs and introducing milk at an early age can cause allergies (besides the abovementioned anemia). Stick to breast milk or infant formula and don’t give your child milk until she is at least one year old. Infant formula based on cow’s milk is especially formulated for infants, but consult a doctor before beginning formula to find the formula that is best for your child. Some women don’t manage to get the knack of nursing or have other reasons they cannot or prefer not to nurse. But keep in mind that breast milk offers the best nutrition for a human infant.

Should you give your child milk? The final decision is up to you and has a lot to do with your child and her general heath and habits. You’ve certainly done your homework by reading this blog piece and following the links, and you are the person best qualified to make decisions about your own child!

Did you know: Humans are the only living creatures on the planet who drink milk beyond infancy.