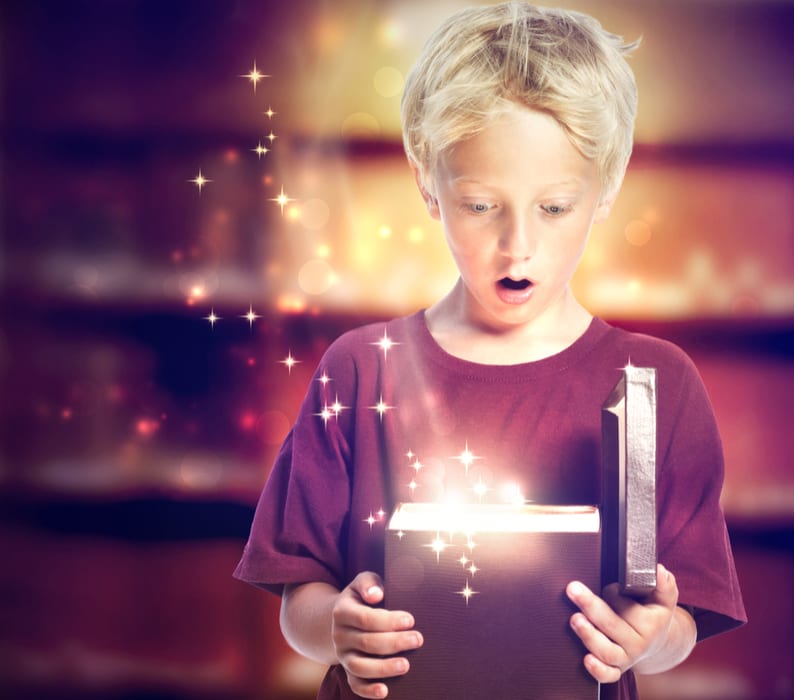 Is Dyslexia a gift? Or is it a curse? Is it a learning disability or a learning difference? It all depends on whom you ask. But dyslexia sure does make it difficult to read. Dyslexia, in fact, is defined as an unexpected reading difficulty that occurs without relation to intelligence, age, motivation, or education.

How could that be a good thing? It makes it hard to read. It comes out of the blue. How can one learn anything without having the knack of fluent reading, let alone attain a high school diploma? How is someone who find it difficult to read going to get through school and get a job?

It is often said that the first three years of school are spent learning to read. After that, students read to learn. Students with dyslexia find it difficult to read, so of course they’re going to find it difficult to learn, right? On the face of it, it sure looks as though dyslexia is a curse, rather than a gift.

Judy Packhem, a reading specialist, owner and consultant at Shaping Readers explains, “Dyslexia is a neurological disorder that is characterized by problems with phonological processing skills. In layman’s terms, dyslexics have trouble with accurate and fluent word reading, spelling and decoding (sounding out words). Functional MRIs show a difference between the brains of dyslexics and non-dyslexics. Simply put, the wiring in the brain for reading processes is different. But while their reading skills are lacking, dyslexics excel in other areas.”

Can Kids With Dyslexia See It As A Gift?

All fine and good. But how do you help children with dyslexia to see their difficulty as a gift? Because if you fail at making them see this, they’re going to feel inferior to their peers who have no trouble whatsoever when it comes to making sense of text. From Packhem’s point of view, the relief that comes with diagnosis solves that problem. “Once diagnosed, dyslexics are often relieved to learn that there is an explanation for their reading difficulty and that they aren’t ‘dumb,’” says Packhem. “They know that having dyslexia means they need to learn in a different way. With the right treatment, dyslexics are able to learn to read. It requires intervention that is multisensory, explicit, language-based, and emotionally sound.”

As far as Packhem is concerned, the gold standard for the effective treatment of dyslexia is the Orton-Gillingham (O-G) approach. “O-G succeeds where traditional teaching does not in that it is able to create new neural pathways in the brain for reading,” says Packhem, who has a master’s degree in reading and literacy and is a certified dyslexia therapist.

But what, exactly, does it mean to “think out of the box?” What does it mean, in practical terms, to learn in a “different” way? For Arvin Vohra, founder of the Vohra Method of study, and author of Lies, Damned Lies, and College Admissions, and The Equation for Excellence: How to Make Your Child Excel at Math, it’s about a difference in vision, in how people with dyslexia see things. “Students with dyslexia often treat letters as three dimensional objects. Just as we consider a pen rotated to still be a pen, they often see a b and a d to be the same thing. This poses a challenge in initial stages of reading, but thanks to the work of many educational innovators, a challenge most students can overcome. But the positive benefits of dyslexia are huge! Students who have that 3 dimensional reading facility have a huge advantage in advanced math, as well as in non-academic areas like sculpture and sport,” says Vohra.

Phil Weaver, of the Learning Success System, doesn’t necessarily agree. “Dyslexia is a gift and a curse. You have chosen a very controversial subject. We deal with that statement every day and know well how emotional people can get around that simple phrase.”

Weaver suggests that you can’t define dyslexia according to a single standard. “The exact definition of dyslexia is wildly disputed. So before saying dyslexia is a gift it would be good to know how the term is being used.

“Many schools and professionals will use the term ‘specific learning disability,’ instead. Sometimes this term is used to circumvent providing necessary programs and other times simply to be more descriptive. In fact, all this vagary of speech is one of the main problems in the space.

“Dyslexia can refer to phonological dyslexia, visual dyslexia, or kinesthetic dyslexia. Phonological dyslexia is a problem with language, which could be either a problem deciphering sounds or a problem with abstractions. Visual dyslexia could be a problem with the eyes which could be treated with visual therapy, or it might be Irlen syndrome*, or a difficulty with visual mental skills such as visual memory, visual discrimination, or visual closure. Kinesthetic dyslexia describes problems with directionality and proprioception. Or, to confuse things even more, any possible combination of any of those, which is actually more likely,” says Weaver.

“There is a large faction that will claim that only phonological dyslexia is true dyslexia. And they get quite defensive if anyone says otherwise. All of this is ridiculous. These children need help and endless battles are fought over definitions.

“With all of that in mind,” says Weaver, “if we can just go with a basic assumption of some specific learning disability. This means that a child (or adult) has a problem with a specific learning skill, in this case reading, but is otherwise intelligent.”

Building on this idea, Weaver suggests that once we stipulate dyslexia as a difficulty with perception or mental function, we can speak about compensation, which is what people do when they have any sort of deficit. For students with dyslexia, says Weaver, compensation is often seen in the area of social skills. “Students with dyslexia may develop some amazing social skills in the interest of hiding their problem,” says Weaver, who suggests that compensation occurs with a student’s thinking skills (cognition), as well. “When we think we use our internal visual, auditory, and spatial skills. These all work together in such a way that we really don’t notice them. And we all use these skills a bit differently. When one skill is weak, the others will become stronger to compensate.”

In summary, says Weaver, there are an infinite number of ways in which the “gifts” of dyslexia display themselves. “You will hear a lot of generalizations such as ‘dyslexics are visual thinkers.’ The truth is that some dyslexics are amazing visual thinkers. Others may actually have a weakness in that area and that is the cause of their dyslexia. These generalizations all sprout from specific subjective experiences.

All Kinds of Dyslexics

Weaver cautions that while some students with dyslexia do develop their gifts, others never get past the issue of low self-esteem. The low self-esteem comes from feeling inferior to their neurotypical classmates, who have no trouble reading. “If they don’t get past the typical self-esteem issues caused by the disability then it is unlikely those gifts will help much. Some get past it by intentionally developing self-esteem. Others do well by constantly proving themselves.

“For dyslexics to not feel “less than” the neurotypical I think it is important for them to realize that there truly is no “neurotypical.” We all think differently. Some are easier to fit into a box and learn in the standard ways. This just means that their neurological differences are not so obvious,” says Weaver.

For John Crossman, however, a 46-year-old man with dyslexia who is CEO of Crossman & Company, the difference is indeed obvious. “I consider dyslexia a gift in that it pushed me (without knowing it) to sharpen my skills as a public speaker. I can now write a speech in my head and deliver it without every writing down a note. I give a speech about once a month and almost never use notes.”

Weaver suggests that what Crossman sees as a gift is part and parcel of learning to cope with dyslexia. “In the context of dyslexics realizing that they have a fantastic opportunity for having very pronounced skills that they can maximize and profit from, talking about dyslexia as a gift is quite healthy. With that realization must come the acceptance that those gifts emerged from a difficulty. With that healthy acceptance, a dyslexic can strive to both maximize the gift, and work to overcome the difficulty,” says Weaver.

Referring to the plasticity of the brain, that the brain can grow connections, improve, and change, Weaver comments, “We are not forced to live with the same brain we were born with. We can change it if we want to. To what extent no one knows. But we can only start with a healthy look at where we are at any given moment.”

*Irlen syndrome is a controversial topic. Some of the studies conducted on Irlen syndrome were in some ways faulty, and it is disputed whether or not the syndrome actually exists.  For more information, see: