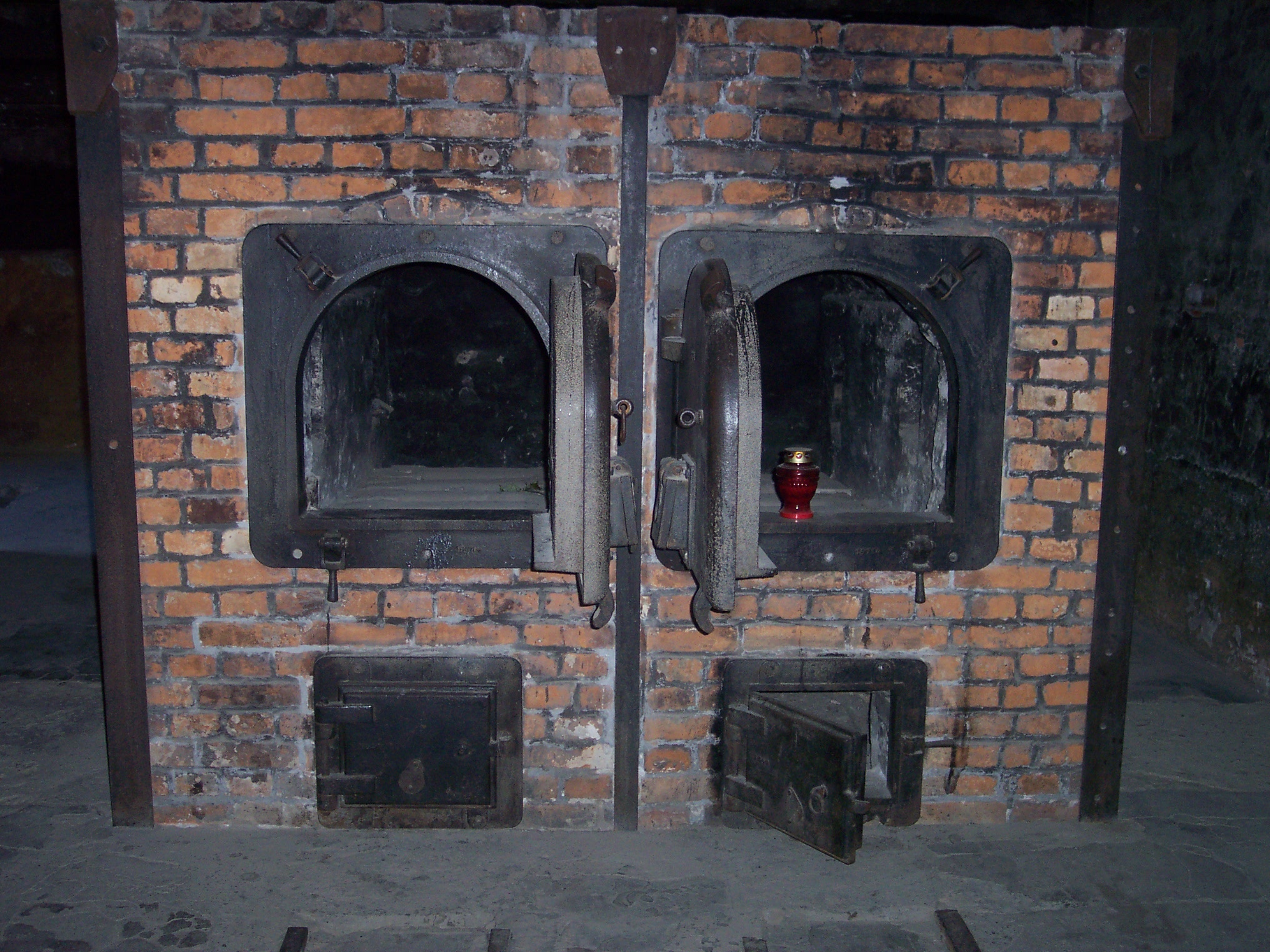 The Holocaust is not an easy subject to teach, but teach it we must if our children are to learn where hatred leads. In the case of the Holocaust, Hitler’s Final Solution led to the murder of close to 7 million Jews (and still counting). Hitler was efficient: the Jews were rounded up, packed body to body in cattle cars, then taken to concentration camps where they were systematically gassed and then burned to ash in crematoriums.

This is history that everyone should know, yet a 2020 poll found that 63% of those surveyed did not know that “6 million” Jews had been murdered. Some thought (36%) the number was only around 2 million or so. A further 48% could not name a single concentration camp in which the Jews were murdered. These numbers are, in many ways, as shocking as the number of Jews murdered only 75 years ago. It is much too soon for this catastrophic event to be forgotten.

Some states are attempting to make the Holocaust a required subject in schools. The question is what is the best way to teach the Holocaust? How do you teach it with sensitivity, without sugarcoating the facts, and without breaking children’s spirits?

This story is a shocking reminder that schools must get it together in regard to teaching the Holocaust. How should that be done? We went to Holocaust educators to find out:

Allison Kellogg was a teacher at the Museum of Tolerance in Los Angeles, CA for several years. The law mandates that Southern California students, in order to graduate, must take part in a course on the Holocaust, designed by the museum. “I went through the program as a kid,” says Kellogg, and wound up teaching there.”

Kellogg created her own curriculum, teaching the Holocaust to students aged 8-18. For Kellogg, getting students to understand what happened during the Holocaust means helping them understand the victims. “I’ve found that establishing relatability is a make or break. This could look like having part of the curriculum address the question: ‘Would you or someone you know have been sent to a camp?’

“The goal is to cultivate a sympathetic and critical thinking-based response. If students don’t feel engaged with the subject or as though they do not relate, their emotional and intellectual removal will detach them from caring to understand it.”

This is the crux of the matter, it seems, in why educators are failing our children in regard to Holocaust education. They aren’t helping students really understand what happened. “Many schools and educators treat the Holocaust as a dry set of exam questions with emphasis on accurately remember information like dates and names,” says Kellogg. “It should not be treated like a run-of-the-mill test subject but a shared traumatic human experience that transcends time.”

Rebecca Rogers is a high school social studies teacher, the granddaughter of a Holocaust survivor, and everyone’s favorite social media teacher (2M on Tiktok, 775k on YouTube, and 34k on Instagram). Rogers says that the age of the students should be factored into Holocaust studies. “I personally teach the big kids, and get to go a little more in depth. I usually feel out the class to figure out which approach would be best.

“Sometimes I show them “The Boy in the Striped Pajamas.” The kids get really attached to the movie characters, and I always feel the best way for kids to retain information is through an emotional response,” says Rogers.

“The Boy in the Striped Pajamas,” however, has been panned by some teachers of the Holocaust. In this story, a German boy befriends a child in a nearby concentration camp, blunders into a gas chamber, and dies along with his Jewish friend. Educators criticize the storyline for its historical inaccuracy, believing that “The Boy in the Striped Pajamas” imparts the wrong lesson. One study, for example, found that a common takeaway from this fictional story is that “the wrong boy died.”

Rogers, however, finds the movie useful. “Starting class with early warning signs, the rise of fascism and the idea of “the Aryan Race” is how I usually preface the movie so that they understand the “WHY” behind what is going on,” says Rogers. “Depending on the level of the kids, I have them complete a digital 3D walkthrough of Auschwitz.

“I am able to draw a lot from my own family’s experience, but I understand that not all teachers have that ‘advantage.’ That is why I really encourage teachers to watch interviews of Holocaust survivors. There is nothing that can replace the retelling of someone else’s personal experiences. Having the kids put a face—a real individual—to the horrors of the holocaust instead of just a page in a textbook, can usually make or break a child’s desire to pay attention.

“It makes it real. It isn’t just words on a page, it is a real human.”

In a recent interview with the Milken Family Foundation, Indiana educator Sarah Powley offered a number of other book recommendations. “[For educators and students] new to this topic, start with a single book. For me, it was ‘The Children of Willesden Lane,’ but it could be ‘Life in a Jar,’ or a classic like ‘Night’ by Elie Wiesel or ‘Number the Stars’ by Lois Lowry. It could be a just-published book like Rebecca Frankel’s ‘Into the Forest.’ It could be a book about a contemporary genocide. Choose one story that survivors or children of survivors have told. Learn all you can about the circumstances of that one story. It will lead you to learn more and then more. Your knowledge base and confidence about taking on this enormous subject will grow,” said Powley.

“Engage your students in exploring the topic. When I was first learning, I followed the lead of the Facing History workshop I attended and let the students do the research into particular events and topics and then teach the rest of us what they had learned.”

In addition to these resources and tips, Powley recommends that educators and students make use of museum such as USHMM, in person or online, along with the Museum of Tolerance of Los Angeles, the Holocaust Memorial Resource and Education Center of Florida, and the Illinois Holocaust Museum.

Master Teacher of the Holocaust Dorene Schwartz-Weitz, has, on occasion, run into antisemitic attitudes in her high school students, likely learned at home. Schwartz-Weitz recalls teaching the school’s football “hero.” This was a young man who was up for a full scholarship, but who nonetheless, “was vegetating in one of my classes,” said Schwartz-Weitz.

“One day, he asked what he had to do to pass my class and I said, ‘Do the required work.’”

Schwartz-Weitz’s advice was met with a retort: “you didn’t learn your lesson. Maybe they should send you back to Auschwitz,” said the student.

“Using PET Training,” said Schwartz-Weitz, I remained quiet and then asked him to repeat, ‘What did you say?’

“The class was quiet. When the bell rang, each of the students said they’d heard what he’d said and would defend me if/when necessary. His best friend told me he was a skinhead and a bigot.”

Schwartz-Weitz waited a bit, and then filled out a discipline report. “Where it asked for Disciplinary Action, I recommended Anthony watch, ‘Schindler’s List.’”

Schwartz-Weitz believes the solution to the failure of educators in regard to teaching the Holocaust is to create a national mandate for Holocaust/Genocide Education as a requirement for a high school diploma. One thing that should not be tolerated in regard to Holocaust education, believes Schwartz-Weitz, is Holocaust denial. “With regard to the principal in Florida and the Texas school board insisting we give equal time to those who deny the Holocaust, should we offer equal time and support for sex offenders; maybe some of Jeff Epstein’s homemade videos to peruse?”

When it comes to Holocaust education, we have a long way to go. Many teachers don’t even bother to include the Holocaust in their curriculums. This seems a shocking omission, especially at a time of rising antisemitism. History seems doomed to repeat, in light not only of hatred, but of ignorance. Our children deserve to learn about the Holocaust: to learn where hatred can lead when it spirals out of control as it did in Germany, not so very long ago.