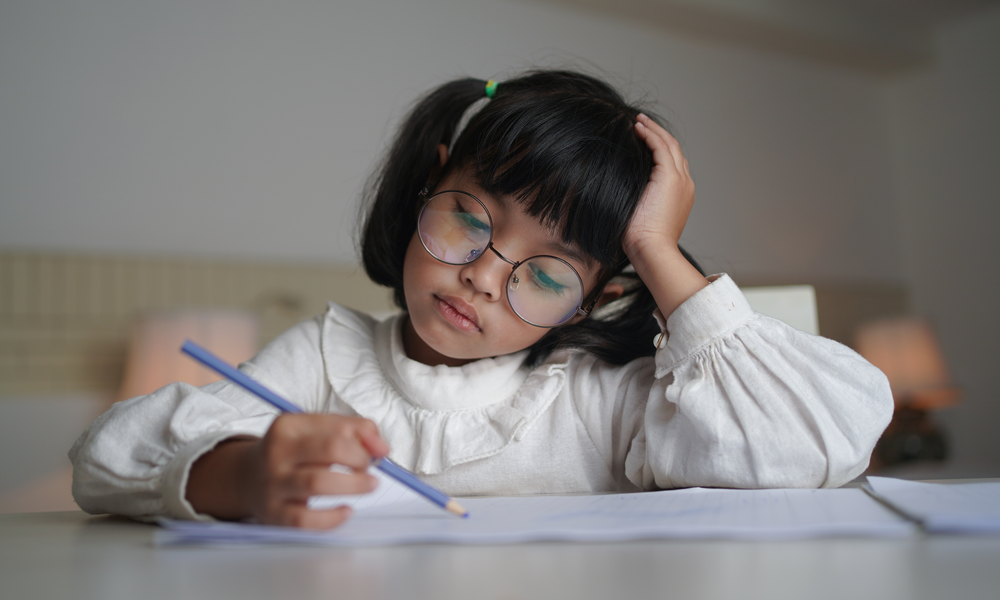 Grade retention, also known as holding kids back or repeating a grade is a controversial practice. A child may not seem ready to advance to the next grade. Kids who get held back, however, tend not to do any better by repeating a grade. There is evidence, in fact, that students who repeat a grade are more likely to drop out of high school. The age of the student can make a difference. Children who are held back in kindergarten or early elementary school, may find an extra year helpful.

Faced with a child’s poor performance, parents may wonder if repeating a year might help. But Dr. Annise Mabry, Ph.D., of Tiers Free Academy, seems to feel that grade retention is never a good idea. Grade retention does no good, says Mabry, because it fails to address the underlying issues.

Her conclusion? If learning issues are ignored, staying back a year won’t help, and may even make things worse. “Many students who are retained have undiagnosed learning disabilities. There is a plethora of evidence that shows the harm of retaining a student but almost zero evidence to support retention as the best option,” says Mabry.

“Promotion is a better pathway to academic success when promotion can be paired with academic intervention and testing for hidden learning disabilities. There are 866,000 adults in the US without a high school diploma and if we continue to see student grade retention as an option, then we are never going to make a real impact on our dropout crisis.”

When Grade Retention is Helpful

Shelley Kenow doesn’t necessarily agree. Kenow, a special education teacher and IEP coach, feels that holding a child back a grade must be considered on a case-by-case basis. “Children do not all develop at the same rate. To expect that all children, no matter their developmental level, can learn the same material at the same rate is unrealistic. For some, having another year allows for developmental progress. Such progress may be necessary for the child to fully comprehend and learn the necessary material.”

For Kenow, grade retention is about gaining time for the child to catch up and build a foundation. “All academic studies build upon prior knowledge and acquisition of previously learned material. If there isn’t a solid foundation of prior knowledge and acquisition of skills, learning becomes much more difficult and for some, impossible,” says Kenow.

“If it is appropriate to the individual, retention in the primary grades, especially in kindergarten or 1st grade, can give the child another year of brain development and a better opportunity to get a firm foundation going forward.”

According to Kenow, however, many educators, fearing the link between grade retention and the high school dropout rate, have shunned the practice. Even where it might do some good. “Sadly, I have seen schools issue the blanket answer that no child, especially a child with an Individualized Education Program (IEP) be retained.”

Grade Retention: Do it Early

Middle school principal Ben Harris says that if you’re going to hold a child back, it’s best to do it as early as possible. “Retention is most effective when it is implemented in early elementary school before a student is socially aware. My wife and I made the decision to retain my daughter in kindergarten. Academically she was ready, but socially she was young. Her birthday was less than a month from the cut off. She went from being one of the youngest in her class to one of the oldest.

“In first grade she gained a great deal of confidence, and she has since been a confident student and human. She has been able to navigate middle school through the pandemic is already looking forward to high school,” says Harris.

One of the more positive aspects of grade retention, according to Shelley Kenow, is that it’s only for a year. “In some cases, the child who is not retained ends up needing special education services. Once eligible for special education, the child often remains in special education for many years. If a child is retained, however, it is only for one year. A solid year of instruction, for some children, is much better than years’ worth of small chunks of time each day, just trying to fill in the gaps in learning.”

Coming from the opposite viewpoint, Dr. Mabry worries about the long-term effects of grade retention. “Countless student retention research studies since 1990 show students who are retained are 20% to 30% more likely to drop out of school than their age-matched counterparts. I know this first hand because I operate Georgia’s only high school diploma program for homeless LGBTQ youth, sex trafficking survivors, and high school dropouts. 75% of the adult dropouts in the high school diploma program were retained one or more grade levels when they were in school.

“The long term effects of retaining a student last a lifetime,” says Mabry. “One question that we ask during academic intake is for the student to describe their school journey. One consistent response that I see from students who have been retained is ‘Learning was hard and there wasn’t any help for me. So I gave up. I thought I could get a GED but it was too hard.’”

Ben Harris, barring the occasional early retention, agrees with Mabry that grade retention is not the way to solve academic concerns. “Retention is rarely an effective tool to improve student academic outcomes. In fact retention after fifth grade nearly always results in the student dropping out of high school.”

Kenow, however, is pragmatic. Students who fail in their studies in spite of promotion, are still at risk for dropping out of school. Perhaps even more so. “If a child is struggling with learning the material in all areas at the kindergarten or first grade level, it is likely that they will continue to struggle all through school. When a child struggles in school academically for several years, it can affect other areas such as mental health and behaviors. Students who are failing classes are twice as likely to drop out as students who have been retained.

“Students who are exhibiting unwanted behaviors in class are communicating something; often it is frustration with their learning,” says Kenow.

“The social stigma of being held back is real, but the earlier a child is retained the less effect that stigma has. Students who are in special education also have a stigma and that usually doesn’t go away.”

The bottom line? If you decide to keep your child back a year, and the school agrees, do it early. “Retention is not for every student who struggles or fails a class or two,” says Kenow. “But if a student is failing all classes and/or struggling in all areas, especially in the lower primary grades, I believe retention can be helpful and necessary.