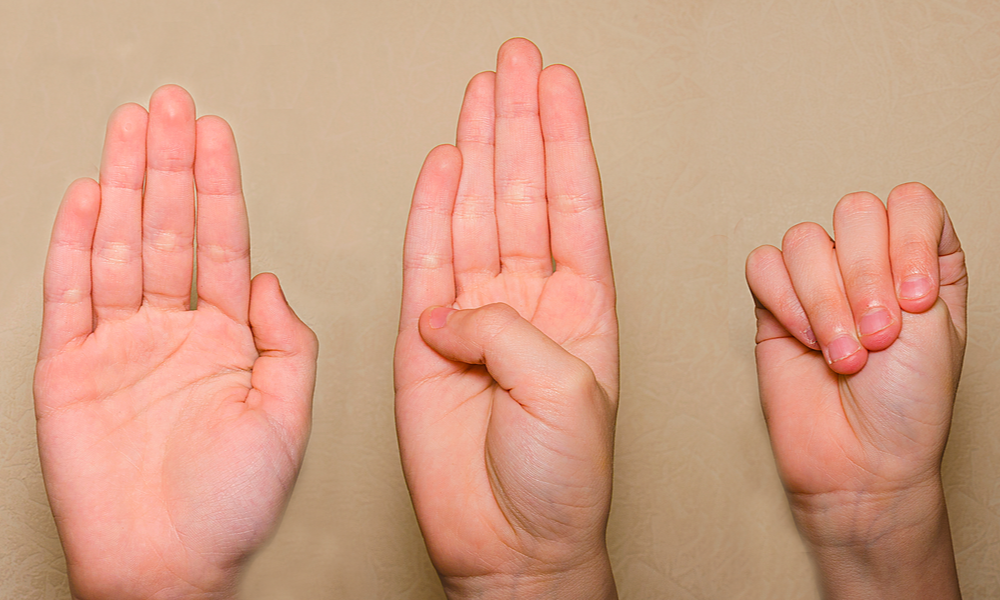 The 16-year-old girl was abducted on November 4, 2021, as her captor was driving near a Kentucky interstate. Remembering the viral TikTok video in which the domestic violence hand gesture was demonstrated, the girl made the hand signal from inside the car. An alert driver noticed, and called 911. According to the Laurel County Sheriff’s office in Kentucky, the girl’s quick thinking led to the capture and arrest of her kidnapper, James Herbert Brick, 61, of Cherokee, North Carolina. The parents of the teenage captive had reported her missing three days earlier.

Isolation can increase the risk of violence at home. Use this discrete gesture during a video call to show you need help:

1. Hold hand up with palm facing other person.
2. Tuck thumb into palm.
3. Fold fingers down over thumb. pic.twitter.com/gsIgSbXOmc

The domestic violence hand signal, according to NBC News, was first introduced in 2020 by the Canadian Women’s Foundation. The gesture begins with holding up your hand to the person you’re attempting to alert. Then, tuck your thumb into your palm, and close your fingers over your thumb.

Say what you want about the downside of social media outlets. The dangers of children being stalked by predators, bullied and humiliated, and exposed to pornography are well known. In this case, however, a TikTok video may just have saved a young girl’s life. That video helped to spread awareness of an important distress signal. Even though the girl was not a domestic violence victim, but the victim of a kidnapping, the hand gesture served as a cry for help. And thank goodness, an alert driver figured it out and acted on her suspicions of a dangerous situation by calling 911.

Once alerted to the possibility that a young girl’s life was in jeopardy, the sheriff’s department set up a road block and took Brick into custody. The kidnapper intended to bring the teenage girl to Ohio, where he had family. Officials believe that the situation could have become a great deal worse, had it not been for TikTok and the alert, 911 caller. Kentucky police are now working to spread awareness of the hand gesture. They were first-hand witnesses to the value of the domestic violence hand gesture in apprehending a kidnapper and rescuing his teenage captive.

There is no doubting the power of social media, no matter how you feel about it. That TikTok video demonstrating the domestic violence hand gesture had more than 3.5 million views. That is undeniable reach that could end up saving countless lives. One teenage girl is living proof of that fact. But whether or not your child uses TikTok, you now know all about the domestic violence hand signal. Teach it to your child to keep them just that much safer. You never know when a simple hand signal might save their life.