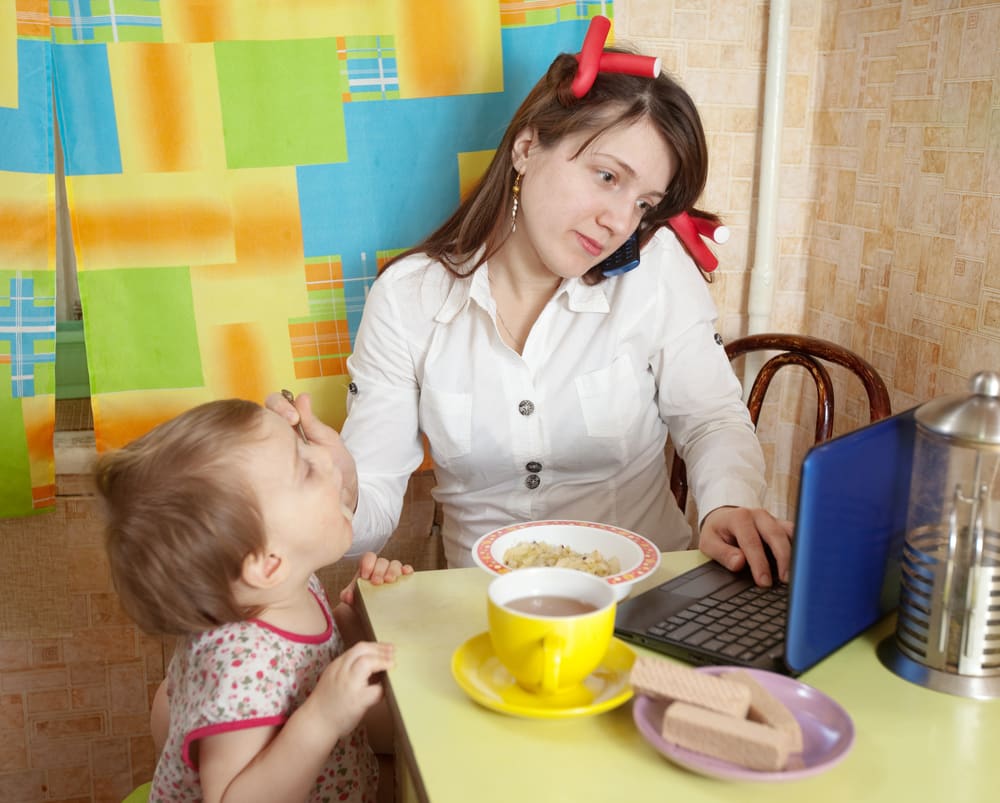 At least it’s beginning to look that way.

The Wall Street Journal did a report on distracted parenting and found that while government statistics on nonfatal injuries for children under the age of 5 had fallen for the past decade, between 2007 and 2010 they rose by 12%. That’s even though experts had expected the rates of injury to decline, due to improved safety laws and better play and nursery equipment. There had to be something going on and physicians thought it might have something to do with the use of smart phones—they’d been seeing plenty of kids coming into emergency rooms after getting into accidents while their parents were engrossed in using their phones. The doctors thought there must be a link. 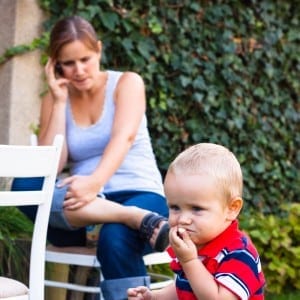 The Wall Street Journal’s Linda Blake and Ben Worthen looked at smart phone statistics during the time the injury rate went up and found that during that same period, the rate of smart phone use among cell phone users went up from 6%-30%. That may not sound like much until you consider that more than half of Americans use mobile phones. During that time, injuries due to playground equipment rose by 17% while injuries due to nursery room equipment went up by 31%.

In the Wall Street Journal video clip you’re about to see (from September 2012), Clifford Nass, an authority on human-computer interaction, speaks about a need to adjust, even after parents look away from a mobile device and toward a child. Accidents can happen quite quickly, and may even happen during those fleeting moments that occur say every 20 seconds when a parent at the playground thinks to look up from his cell phone to check on his child’s well-being. The eyes and the mind aren’t automatically there, aren’t focused immediately. The eyes may have moved, but the brain is still on the app or webpage.

Dr. Ari Brown, a pediatrician in Austin, Texas is one of the few experts using the term “distracted parenting.” She says that parents must limit screen time and notes that the danger from distracted parenting is no different than that of distracted driving. “It only takes a minute with a caretaker’s eyes and attention elsewhere for a little kid to get into trouble—it’s a safety risk,” said Brown.

There is some mighty compelling evidence that parents distracted because of smart phone use risk unintended injury to their children. But there is another type of injury that is more insidious. This just in: one in three parents stays on a mobile phone while dining out at restaurants with their young children. According to research carried out by the Boston Medical Center, 73% of the parents observed used a mobile device continuously while dining out. Parents in 40 out of the 55 families observed  were found to be completely engrossed in their mobile devices, swiping, texting, and ignoring their children altogether. 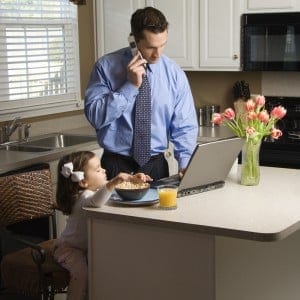 Now that’s a shame. Dining is a natural time for socialization. It’s the time when families catch up with each other and work on the family relationship. Take away dinner and what have you got left? Bath time? A story and a kiss goodnight?

American families are busy and eating together is one of the rare times we are together as families. That’s why the best thing you could do for your child is to put your phone away during dinner, at the very least. Or else you risk injury to the parent child relationship. Not to mention the very real loss of the immediate value and pleasure of parenting and being parented. Kids have no choice about being born, but why have children if you’re not going to spend any time with them—real, undivided time, in which you are completely focused on them? 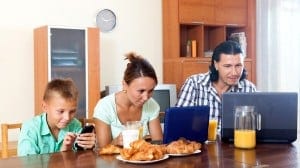 The lead author of the Boston Medical Center study, pediatrician Dr. Jenny Radesky said, “We chose to observe caregivers and children during meals because this is a daily routine in which face-to-face caregiver-child interactions are considered beneficial.”

It has been estimated that 40 per cent of American meals are eaten outside the home, so fast food outings probably represent a substantial proportion of family meals,” she said.

Radesky’s research team found that the caregivers most absorbed in their devices were the ones who were most likely to respond in a harsh manner to a mischievous child. In one case, a child got his foot kicked hard under the table while a mother pushed at her son’s hands as he tried to lift her face up and away from her tablet screen.

In this study for the most part, parents just weren’t paying attention to their kids. They were, well, distracted. In one case, a school-age girl was talking to her caregiver while the caregiver was looking at her phone. She nodded a bit to give the girl the impression she was listening to her, but never looked at her or issued an oral response. In another case, a female caregiver was holding a baby on her lap while looking at her cell phone. There were two boys with them, one a preschooler, the other school-age, both sitting in their chairs, looking around the room. The older boy begins to wiggle around and the caregiver, without looking up from the phone says, “Sit down.” 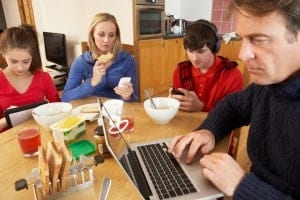 Dr. Radesky, who specializes in developmental behavioral pediatrics at the Boston Medical Center made the following suggestions for healthier interactions between parents and children:

The thing is they aren’t children for very long. As a society, we need to reevaluate a child’s relative worth in comparison with our technological devices. One can only hope that the child will come out the winner.

Meantime, we can make a start as individuals and put away our devices when we’re with our children. Because when push comes to shove, if we’ll only stop to think about it, we know our children are worth the time, effort, and attention. Starting now.