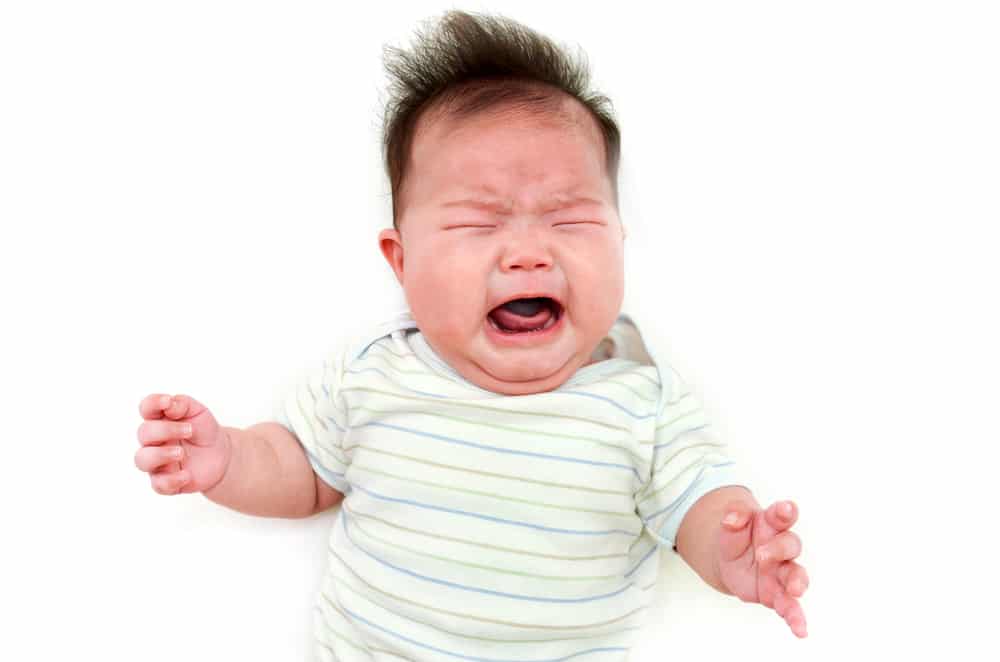 Should you let baby cry it out? Babies cry. Everyone knows it. Parents, on the other hand, may wildly disagree about whether or not it is okay to let a baby cry it out.

Some parents think that letting a baby cry is good training. They think that a baby left to cry will learn to comfort and settle himself without help. They may also think that going to a baby every time he cries is the sure way to spoil him and that allowing a baby a chance to settle himself is a way to foster independence.

Other parents cannot bear to hear a baby cry and will continue to try to settle a crying baby, even when the baby has been crying for a long time, perhaps hours. These parents feel it is their job to comfort the baby when he is crying, even when the parents are sleep-deprived and the baby won’t settle. They feel too anxious to just let the baby cry without doing anything to try to help him stop.

The problem with the first approach: letting the baby cry it out, is that this method ignores research that proves a baby’s cortisol levels rise when he is left to cry. Cortisol is known as the “stress hormone,” since levels of cortisone rise in response to stress. When cortisol levels remain high for long periods, there can be long-term neurological damage (brain damage).

The problem with the second approach: comforting the baby whenever he cries, is that parents become exhausted. And that’s about the only problem. It has not been found that babies who are repeatedly comforted during the early months of life become spoiled. This is simply a myth (though the fatigue of the parents is very real!).

Now, it’s true that babies will cry, and that a healthy newborn baby will cry for approximately two hours daily. That’s just science. Science does not tell parents, however, that babies should cry it out for two hours straight. That figure of two hours is the total of all the seconds and minutes during the day in which a baby cries.

Cry It Out: Total Extinction Method

And yes, babies can build up frustration and need to cry in short bursts. But what experts refer to as the “total extinction” method, in which babies are left to cry for hours, so they will “learn” not to cry, has been absolutely proven to be harmful to infants. Neurobiologist Bruce Perry (along with other researchers) began looking into what crying does to babies’ brains more than two decades ago.

Perry found that letting a baby cry alone in the first few months of life brought real changes to the structure of the baby’s brain. The neurotransmitters in the brains of babies left to cry were altered, making them resemble the brains of people with depression. Constant crying over-stimulated baby’s brain stem. This is the part of the brain responsible for controlling the release of adrenaline, a hormone that is part of the fight or flight response .

At the same time, when a baby is left to cry it out, the parts of the brain that thrive on physical and emotional contact are neglected and left under-stimulated. “When a baby is repeatedly left to cry alone, the child will grow up with an overactive adrenaline system and so the child will display increased aggression, impulsive behavior, and violence later in life,” explains Perry. “This is because the brain stem floods the body with adrenaline and other stress hormones at inappropriate and frequent times.”

Pediatric neurologist, Andrew Bundi, says that the flood of cortisol caused by crying can actually destroy the nerve connections in important parts of a newborn baby’s developing brain. “When the portions of the brain responsible for attachment and emotional control are not stimulated during infancy, for example when a baby is repeatedly neglected, these sections will not develop,” said Dr Bundi, who adds that the baby who experiences this sort of damage will grow up to be “a violent, impulsive, and emotionally-unattached child.”

By the way, another study found that infants who were left to cry in the first three months of life had an average IQ that was nine points lower at the age of five years when compared with children who were held and comforted when they cried as infants. The children left to cry as babies were also found to have trouble with their fine motor skills, used for such tasks as picking up a pencil, or wiggling a toe in the sand.

But then again, most parents find it hard to ignore a baby’s crying. It’s only natural for a mother to want to go to her baby when he cries. In fact, most parents who try the “total extinction” method of allowing a baby cry it out, are doing so as the result of advice from a medical professional such as a doctor or nurse. The parents may find it very difficult not to go to the baby, but are trying to follow the advice of the “expert.”

A recent study shows that modern methods of childrearing (like the total extinction method of letting the baby cry it out) are actually harming our children. The conclusions of this new study were remarked on by Darcia Narvaez, a psychology professor specializing in moral development for children and brain development in response to early experiences at a University of Notre Dame symposium, “Ill-advised practices and beliefs have become commonplace in our culture, such as the use of infant formula, the isolation of infants in their own rooms or the belief that responding too quickly to a fussing baby will ‘spoil’ it.

“Breast-feeding infants, responsiveness to crying, almost constant touch and having multiple adult caregivers are some of the nurturing ancestral parenting practices that are shown to positively impact the developing brain, which not only shapes personality, but also helps physical health and moral development,” says Narvaez.

According to Navaez, not responding to an infant’s needs (and instead letting the baby cry it out) affects the baby’s ability to develop a conscience while cuddling, on the other hand, has a positive effect on how an infant later responds to stress. Being held and soothed helps the infant develop good impulse control and empathy (feeling for others), while having supportive caregivers in addition to a caring mother increases intelligence and self-esteem.

Earlier studies have found that when mothers respond to babies at the first cry, the babies grow up to be more independent than those allowed to cry it out. The reason? Babies who are allowed to cry learn that they have to scream to get what they want.

When we look at crying babies and our approach to them, we need to look at the issue from two perspectives: that of the baby and that of the mother. Oxford researchers found that when a mother hears her baby cry, the maternal brain has an emotional response within 100 milliseconds. There’s also a biological response to a baby’s tears: nursing mothers secrete the hormone oxytocin, which makes the mother’s milk flow. Clearly, moms were made to respond to a baby’s cry. So why would they ignore it??

The power of a baby’s cry is well known to Shelly Cawley. Shelly delivered baby Rylan by emergency C-section. A blood clot broke loose during the surgery and Shelly slipped into a coma.  Shelly’s husband Jeremy said that the doctors did all they could, but it looked like they were going to lose Shelly.

But then a nurse, Ashley Manus, had an idea: why not put the new baby skin to skin with her mom? Who knows? It might just rouse Shelly from her unconscious state.

Manus laid Rylan across Shelly’s chest and then poked and prodded the baby until she began to cry. Immediately, Shelly’s vitals spiked. Things began to improve. A week later, Shelly came out of her coma. 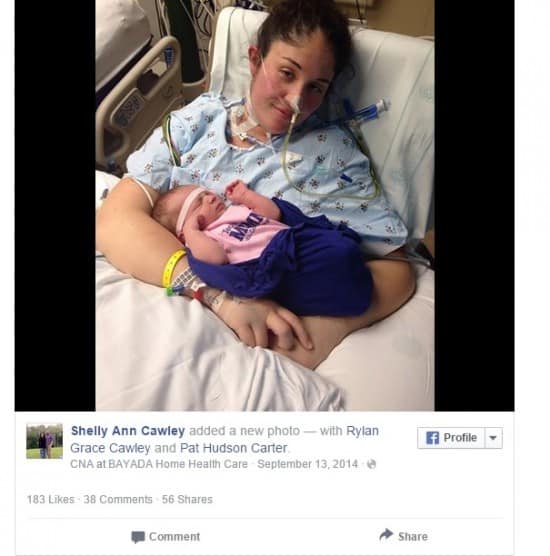 All because her baby cried.

“It was the crying that got Shelly going again, got her fighting again,” said Shelly’s husband Jeremy. “I got my wife back.”

The next time your baby cries, remember Shelly Cawley.

And listen to your instincts.