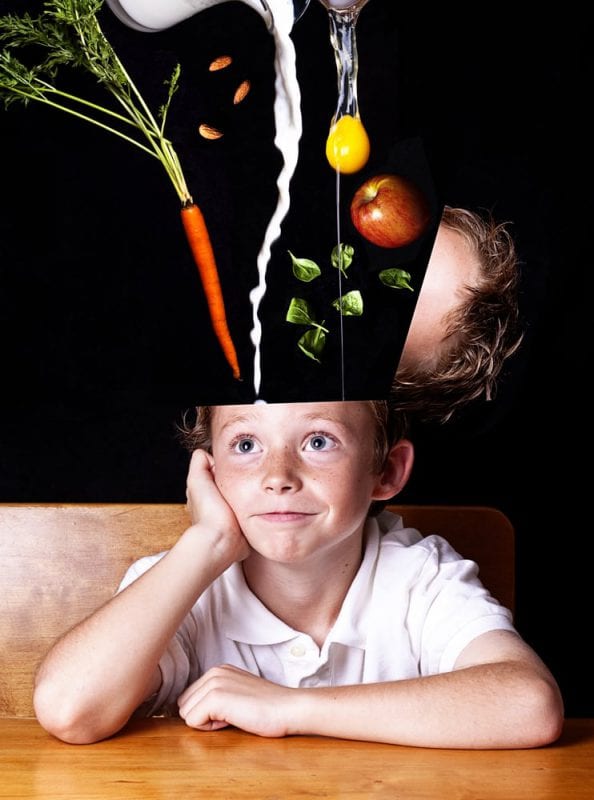 Bilingual education results in children who can speak and understand a second language. Such children who are fluent in more than one language may surprise us with how easy it all seems. Bilingual children switch back and forth between two languages with no trouble at all. It may even seem like they have a superpower.

But the truth is that the human brain is designed to acquire a number of languages. And experts have long known that young children in a bilingual atmosphere will absorb language more readily than adults. This is in part because of the child’s environment: he spends time in a place where two languages are used. But there’s another reason kids have an easier time picking up languages and that’s about the makeup of a child’s brain.

All young children are encouraged to learn language. Adults speak to children at a level they can understand about subjects that naturally engage and intrigue them. Children try to give back as good as they get, trying to find subjects to talk about that interest the adults around them. Communicating with others is an activity children want to engage in. But learning a second language brings brain benefits that go beyond communication.

Laura-Ann Petitto is a cognitive neuroscientist and professor of psychology. Dr. Petitto studies the effects of language, and in particular, what it means to be bilingual, on a child’s brain. According to Petitto, the brain tissue of young brains is specially made for language acquisition. When a child receives a high-quality bilingual education or is otherwise immersed in a foreign-language environment, learning the new language is something the child does with his entire brain.

Dr. Ping Li, Professor of Psychology and Linguistics at Pennsylvania State University, would agree. It was once thought that two key regions alone were responsible for speech: Broca’s area, in the left front part, thought to be responsible for speech production; and Wernicke’s area, in the rear of the brain, thought to be responsible for the processing of meaning. But, says Li, newer neuroimaging evidence shows that “language processing involves not only the classical Broca’s and Wernicke’s areas but the entire brain, from frontal to temporal to parietal lobes.”

When a child learns a second language, he’s using every part of his brain. Such whole-brain engagement makes for a better learning experience.  That’s because the child is learning with everything he’s got.

It’s good that children exposed to a second language are using the whole brain and can communicate with a wider number of people. But learning a second language does more than make for a better learning experience, aid communication, and widen social circles. Learning a language actually changes the shape of the brain and may even improve its function. Researchers know that a bilingual education strengthens the brain and increases its size. Some experts also believe that bilingual children have stronger brain function.

When young children are immersed in a bilingual learning environment, they learn sounds, words, and the way they are used (syntax) in two languages at the same time. Each time a child hears a word in either language, the brain looks for and attempts to match what it hears with what it already knows. Bilingual children learn that an object has different names depending on the language being spoken. The child must find and use the right word for the object in the correct language, depending on what language is being used around him at that moment.

There are experts who believe that this juggling act pushes the brain to develop better ways to find and filter words to cut down on confusion. As the child gets better at using two or more languages, say these experts, the ability to pay attention and focus on the right words and filter out (inhibit) any wrong or unrelated words becomes stronger.

To switch back and forth between languages pushes the brain to call on its executive functions. The brain’s executive functions act as a kind of control tower to guide traffic and activities into and out of the brain. Children immersed in a bilingual environment may develop stronger executive function, especially in the attention and inhibition processes. As a result, bilingual children may be better than monolingual children at switching between two tasks, multitasking, and making decisions when faced with conflicting information. This remains a controversial topic even among the experts and the research continues.

One study found that studying a second language, even for a short time, resulted in brain growth and development. The growth appeared to be linked to performance and with how easy it was for the adult study subjects to learn the new language.  In this study, brain growth occurred after only three months of intensive language study. Researchers don’t yet know if the brain changes they saw are lasting, but even for the short-term, brain growth has to be a good thing.

Bilingual preschoolers are better than single-language youngsters at self-control. That means that the bilingual child can control her impulses and her behavior. A bilingual child is far less likely than a monolingual child to blurt out the answer instead of raising her hand and waiting to be called upon.

Some experts believe that people of any age can benefit from knowing a second language. Added capabilities like improved memory suggest that being bilingual is good for the brain. New studies also show that a multilingual brain may even resist Alzheimer’s disease and other forms of dementia.

Being bilingual can help children better adapt to change. Certain brain processes are used for changing off between languages. Making use of these processes may help the bilingual person become better at processing other types of information, too.

In the same way, learning to switch between languages may also help children adapt rules to suit new information. Bilingual children must filter out words from another language as they apply a rule. An example would be sorting objects by color and size. The child may be told to find the red truck or the large truck. In order to complete the task, the bilingual child must look for the right words in the right language, while filtering out the words for “red,” “large,” and “truck,” in the second language.

But in order to find the red truck, the child must also think about the order of the words and how they are used. In Hebrew, for instance, the object comes first: “truck red,” whereas in English, the object comes last, “red truck.”  This process of finding and using the right language-specific rules and words and filtering out those that are unnecessary may train the brain to cope with other life tasks, as well.

The ability to adapt rules can be seen in bilingual babies as young as seven months. In one study, researchers taught babies growing up in monolingual or bilingual homes that when they heard a tinkling sound, a puppet would appear on one side of a screen. Halfway through the study, the puppet began appearing on the opposite side of the screen. In order to get a reward, the babies had to change the rule they’d learned about where the puppet would appear. Only the bilingual babies were able to succeed in learning the new rule.

Learning a second language doesn’t occur in a vacuum.  A foreign language has an effect on the speaker. Becoming fluent in another language means adopting the cultural mannerisms and inflections native to the country of origin of the new language.

Children who focus on learning a second language are often very excited to learn that language and become very open in accepting those who speak the language that they are learning. A child who knows a second language is better able to appreciate, understand, and interact with those of different cultural/ethnic backgrounds. For all these reasons, many believe that children who become bilingual also become more worldly.

Children immersed in bilingual education may see objects and events in the environment differently than their monolingual counterparts. But these benefits are not exclusive to children. There’s also evidence that a bilingual education can influence how speakers of all ages perceive events.

In one study, researchers asked 15 subjects who spoke German and/or English to watch a series of video clips. The videos showed people walking, biking, running, or driving. Researchers asked participants to decide whether scenarios without a clear goal (a woman walks down the street toward a parked car) were more similar to a scene with a clearly-defined goal (a woman walks into a building), or a scene with no goal at all (a woman strolls down a country road). Researchers found that nearly 40 percent of the time, German speakers matched the scenes with unclear goals, to goal-oriented scenes.

English speaking participants, on the other hand, matched scenes with no clear goals to goal-oriented outcomes only 25 percent of the time. The implications of the study are that German speakers are more likely to focus on the possible outcomes of a person’s actions, while English speakers pay more attention to the action itself.

When participants was bilingual, speaking both German and English, they seemed to switch off between these two perspectives depending on what language they were thinking in at the time. These study results suggest that being bilingual can affect how a speaker frames and understands events.

As a further example of how language changes the way we think, cognitive scientists have found that language can prompt speakers to pay attention to certain details in the environment. Russian speakers, for instance, are quicker to distinguish shades of blue than English speakers. Japanese speakers tend to group objects by their material (silk, metal, and etc.) rather than by their shape, whereas Koreans focus on how tightly objects fit together.

If a young child is permitted and encouraged to learn one or more additional languages, they will tend to speak those languages better than an adult counterpart. If the child focuses on the second language at a very young age, he will develop pronunciation skills that are similar to those of native speakers of that language. Children who adopt a second language at a young age are also more able to develop a native  accent.

It’s been found that children who use a second language have an increased level of cognitive development. One of the main areas in which children develop skills is referred to as object performance. This is the process by which a child knows and understands that an object has more than one name in more than one language, but remains the same, despite the fact that it is called different things by different people.

Educators and other professionals have established the fact that learning a new language is more than a word-based activity. Many professionals believe that speaking a foreign language provides a child with an opportunity to increase his problem-solving skills. Such skills involve the use of in-depth and critical thinking, mental flexibility, and creativity, too.

Editor’s note: This post was originally published April 17, 2015, and has been completely revised and updated for accuracy and scope.