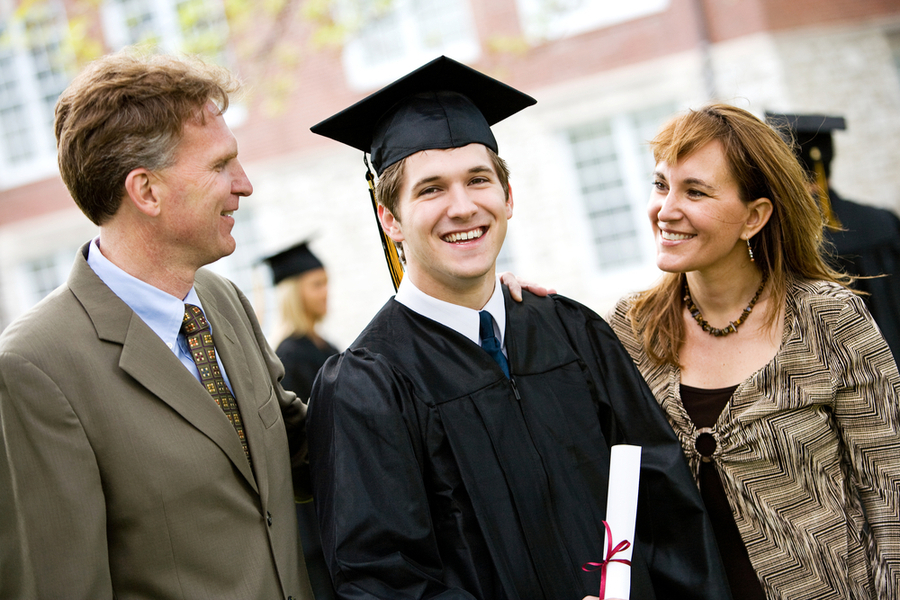 Age-based graduation may not be an issue for every student. But when a student’s ability doesn’t match where he is in school, it’s a problem. Students who struggle with their studies may be either held back or allowed to go on without having mastered the material. Gifted students may feel trapped, unable to use their minds to the fullest, stuck to the four-year high school system. For the student who is held back, the knowledge that his classmates have gone on without him is painful. It’s also awkward for the parents, who expect to sit with the same parents, year after year, at every milestone event, including graduation.

Is it better to let kids graduate on time than hold them back? Some experts say yes, especially if holding the child back will mean teaching him the same thing, the same way, all over again. Think of the failing math student, on the other hand, who is allowed to go on to the next grade. He’s still with his friends, but last year’s math has passed him by. Without extensive tutoring, math class won’t make sense and he’ll stay permanently stuck, thanks to a system that does not address the deficiency. 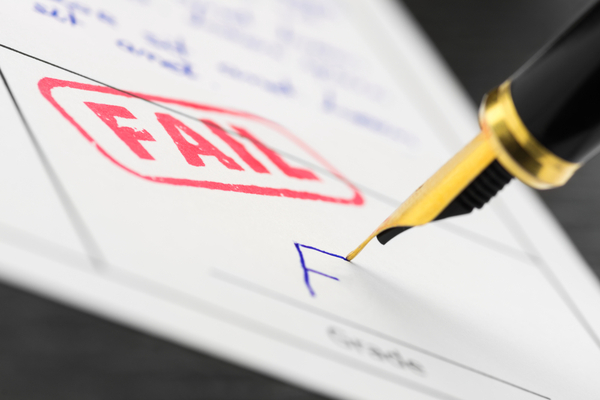 Emotional Aftermath Of Not Graduating “On Time”

Scott Lutostanski is an educational consultant and coach who works with students and families in the Madison, Wisconsin area, and virtually throughout the country. Many of the students he works with are struggling with ADHD, anxiety, or learning issues that prevent them from progressing through school at a typical pace. One of Lutostanski’s responsibilities is to deal with the emotional aftermath of not graduating “on time.”

“I often have to manage parents through the reality that the students may not be graduating college at 22,” says Lutostanski. The main message he tries to impart? That it’s okay to graduate college at 23 or 24. Because it takes as long as it takes.

Age-Based Graduation Is About Cultural Pressure

Lutostanski believes that the significance attached to the age of graduation is about cultural pressure. “In many communities, particularly those with higher socioeconomic levels, there is societal and peer pressure to have students on a successful path, and this means they must meet certain milestones at the correct age. They should graduate high school at 18 and college at 22.

“I sometimes compare the cultural pressure to an Instagram feed. No parent wants to share that their student is struggling with depression and avoiding school. Or that their child’s ADHD is making it very difficult to sit in a chair for 8 hours each day and they are failing most classes. The pressure that families feel from cultural and communal systems can push them towards making decisions that aren’t best for the student in the short-term or long-term,” says Lutostanski. 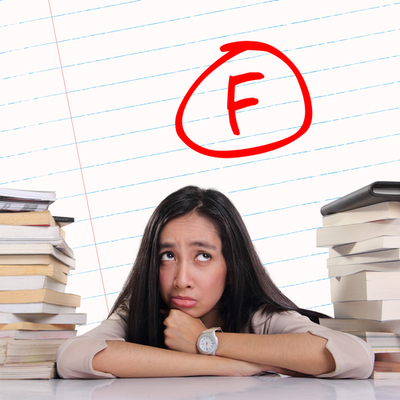 But there’s another issue, says Lutostanski, and it’s that parents may try to impose a future on their child that he or she is not meant to have. Then they fight like hell to preserve the dream, a mirage of the future that will never be. “Some parents want to fulfill their own vision that they have for their child’s life. Instead of making decisions in the best interest of their child, they make decisions out of self-preservation. Parents can feel ashamed or guilty of a student’s path. At times, they do everything in their power to will the student towards graduating college at 22 because this will make their own discomfort go away.”

Like Lutostanski, Neeley-Bertrand sees an emotional component to the issue of age-based graduation, a struggle with acceptance when students don’t graduate “on time.” “It is quite common to be stronger in some subjects than in others, so it’s okay to be an advanced math student while struggling with some science standards that were taught two grades ago. And schools needs to be redesigned to handle that issue,” says Neeley-Bertrand.

School Frustration Not Good for Society, In General

Not all age-based graduation issues relate to falling behind. For some students, the struggle is with boredom. It’s about potential left untapped in a school system where the curriculum is designed to teach not every student, but the average student. If you’re gifted, our age-based graduation system means 12 years of designer misery: you’re gifted and stuck in a classroom designed for the average where it is impossible to stretch your mind.

Alina Adams’ son is gifted. He doesn’t belong in high school. But at 15, and living in New York, he’s not old enough to take the test that would allow him to go to City University of New York (CUNY) without a high school diploma. “Since he was in 3rd grade, my son has been asking to leave school so he could learn on his own. I told him if he finished 8th grade, he could skip high-school and go straight to college. I (naively) thought it would be as simple as him taking the GED (now TASC), followed by the SAT/ACT. But we live in New York City, which makes it almost impossible.

“For one thing, you can’t take the test until you’re 16. And then, not until the end of the school year during which you turn 16 which, in my son’s case, means when he’s almost 17. The irony is, over 60% of NYC HS graduates cannot pass a placement test for the City College (CUNY) system. The majority need to take remedial classes. You would think that being able to pass the placement test would be enough to get you in, since it would prove you were, at least, up to par with other accepted students. You would be wrong,” says Adams. 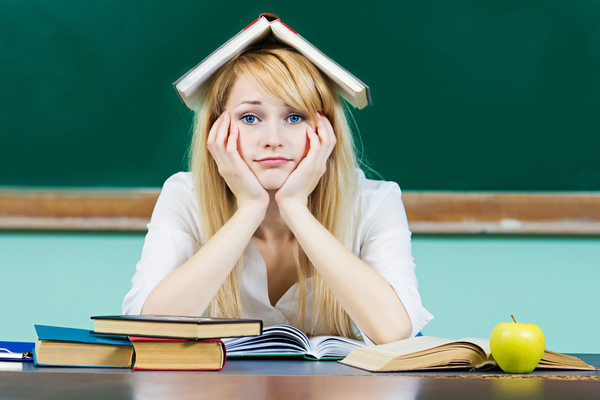 What do you do if you have a child who isn’t average, is thirsty to learn, but is trapped in a system where he cannot expand his knowledge? That’s exactly the situation with Adams’ son. “We are currently trying to figure out a way around this sense that, like prison, you have to ‘serve your time’ before being allowed to graduate, regardless of competency. Regardless of what it was set up to achieve (that would be keeping teens from competing with adults for jobs during the Great Depression), all it is currently doing is making my son unhappy and frustrated with school—and education—in general. I don’t see how that’s good for him, me, or society in general.”

The Great Depression Is Over

If, as Adams says, our current age-based graduation scheme was meant to keep teenagers from competing with adults for jobs during the Depression, why is this system still in place? Teens are no longer competitors in the adult job market. The concept of age-based graduation, on the other hand, remains a source of emotional pain for many students and their families.

In the case of teachers who pass students they should have failed, were passing based on competency alone, the issue may be self-preservation for the teacher, or even for the school. “Teachers, and schools, are often judged based on their students’ success and mastery of content. So in some ways, it can be self-serving to pass a student. It can increase retention rate, graduation rate, or any number of other metrics,” says Lutostanski. “On top of that, parents typically want their students to pass, not fail. Finding ways for students to turn in a pile of assignments the last week of the semester so they pass gets the parents (and students) what they want, and it removes the possibility of a messy parent situation for the school,” says Lutostanski, who adds, “These are usually pretty complicated decisions and ‘just passing’ the student isn’t necessarily the wrong decision.”

Pass Or Fail: The Human Factor

What about the case in which the decision to pass or fail a student lands on the parents? “Whenever I am advising parents on a ‘push ahead’ or ‘hold back’ decision, I always tell them to heavily consider ‘the human factor’ of the decision. How will the student react? How will they internalize being a grade behind or a grade ahead? It really is situational based on the student,” says Lutostanski, who nonetheless adds that, “Holding a student back has essentially been debunked as an effective strategy.”

At the same time, when a student is struggling his/her way through high school, it can affect the entire family. The struggle becomes the sole focus of home life, each and every day. Parents feel the stress of overseeing the child’s work: Have you done your homework? Do you know what assignments are coming up next? Have you been studying for your exams? Lutostanski sees a lot of this and it’s not good. “It can create an extremely toxic home environment,” he says. “I will often say to parents, what if I told you that your son/daughter will graduate from college at 25 years old? How does that sound?

“Usually, the parents say, ‘That’d be great. I’d be happy with that,’ because at the time it will seem like the biggest of longshots,” says Lutostanski.

When it comes right down to it, however, what parents really want to know is whether their child should be held back, or allowed to graduate. Lutostanski feels there are two considerations that parents must factor into their decision: 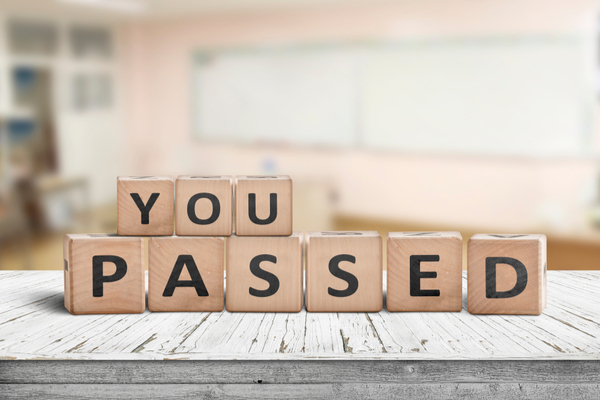 Time To Change The System of Age-Based Graduation?

Whether your child is gifted and raring to go, or struggling his or her way through school, our age-based graduation system is a problem. Perhaps it is time for us to take a step back and see if it isn’t time to make a radical change. Would it be possible to replace our current system with competency-based education? How would we ensure that teachers and schools are doing their job?

At the very least, these issues are something we need to examine and discuss, on a nationwide basis. The current four-year system is failing our children. We need to find a solution.