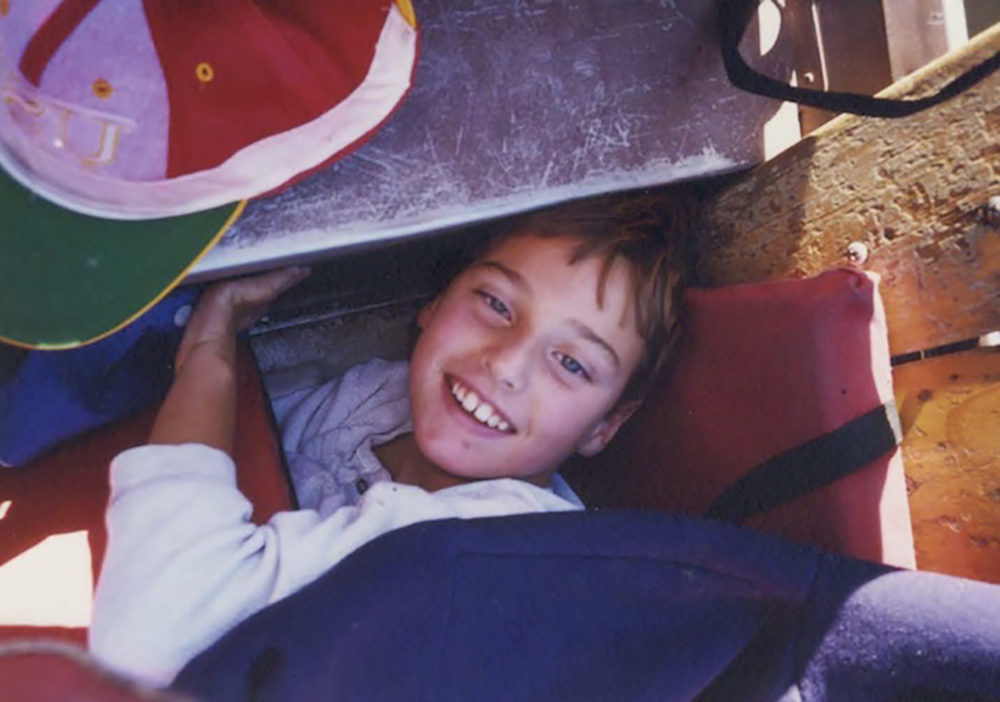 A father’s love for his child is as old as the ages, yet as unique as each individual father and child. I was gifted with a beautiful son, Graham, who had severe cerebral palsy. Graham was nonverbal, but his eyes were alert and sparkled with understanding. His mother and I intuitively sensed that he could understand everything we said and we treated him accordingly. We loved Graham unconditionally just the way he was. The way we saw it, Graham was perfect.

Throughout his 22 years, his cerebral palsy forced Graham to rely on other people, sometimes complete strangers, for absolutely everything. He accepted that assistance graciously and cheerfully. We watched the way that people gravitated toward helping Graham and being in his presence.

People with disabilities deserve the same opportunities to learn and seek their potential as everyone else. Thanks to dedicated, can-do and heroic caregivers, as well as ingenious equipment adaptations, Graham lived a directed and purposeful life.

As a father-son team, we participated in the Pan Mass Challenge. On what turned out to be a perfect summer day, we rode nearly 40 miles together on a special tandem bike. When I felt depleted on some of the longer uphill climbs, I found strength in the words of Dick Hoyt, the father who has pushed his disabled son Rick in a racing wheelchair in scores of marathons: “Rick is the real athlete. I am only lending him some muscle power.”

Graham and I were transformed by our journey — both the PMC bike ride itself and our larger odyssey through life dealing with a profound disability. Graham and I had come very close to mastering a skill that can be elusive for many families — a skill that’s very simple, yet very powerful: being together.

Graham had a decency, even a nobility that was inspirational to those who knew him. His schoolmates frequently said that watching Graham made them want to try harder, to be better. A father’s job is to be an example for his children, but Graham was as much an example for me as he was for his classmates. He made me try harder, and want to be better.

It Was Never a Burden

People wondered how we coped with Graham’s disability — constantly lifting him, feeding him, bathing him and changing his “briefs.” It was difficult, and many people assumed that it must be a burden that was hard to bear. But, honestly, caring for Graham never felt like a burden. Loving someone that much seemed to give us strength. And when we did feel depleted, we looked to Graham for guidance and, in his unique way, he helped us find reserves of physical and spiritual energy. He accepted his reality, lived in the present moment, reveled in relationships and released radiance all around him. Graham personified joy and he lived love.

As Graham’s father, I was filled with happiness. He was so gentle, so resilient — so good. He was a wondrous companion and, of all the men on the earth, he needed me. And I needed him just as much, or, perhaps, a little more.

I was unprepared to lose Graham when, shortly after his 22nd birthday, he experienced a grand mal seizure that ended his life. I knew that I’d never feel love so powerful again, that father’s love for a son. I knew that the world would never be as wonderful as it was with Graham in it. I honestly wasn’t sure how to go on.

A well-wishing person, intending to provide a bit of comfort, gave us a copy of Rabbi Harold Kushner’s When Bad Things Happen to Good People. Rabbi Kushner knew his subject from the perspective of profound personal pain. His own son, Aaron, had died at about Graham’s age. He had written from a father’s perspective.

Essentially, the theological conundrum that Rabbi Kushner explores in the book is whether God can be good and omnipotent. If God is both good and in control of everything, then unspeakable tragedies, like the Holocaust, pandemics, and the death of a child, would never happen. Accordingly, if God is good, God cannot also be in control. I understood Kushner’s conclusion to mean that God is present in the love that we experience in our lives and, especially in the kindness we receive in times of crisis. God’s presence is manifest in the support of loving people.

At Graham’s memorial service, with an overflow crowd of friends, neighbors and people I didn’t even recognize, I wondered how a boy who’d never spoken could pack the church with 750 souls. I soon saw the ripple effect of Graham’s life. Perhaps God’s presence was evident in the extravagant response of our loving friends and family.

Word spread to us of a woman, Helen, who had been so moved by Graham’s obituary that she gave photocopies of it to her friends. She later ran into one of those friends who had, in turn, shared the obituary with his priest at a Catholic parish outside Boston. That priest, Father Joseph D’Onofrio, had then delivered a homily about Graham during a Sunday mass, despite never having met him. I decided to phone Father Joe to ask him what it was about Graham’s story that inspired a sermon. He said that the obituary had brought him to tears and that he was moved by “Graham’s ability to inspire people without saying anything in words.”

Graham’s life told a story of how to live regardless of the hand you are dealt — something it took me many more years to figure out. Graham opened my heart to a boundless love, and I can only feel honored that I was able to share in the short but wondrous life of such an exceptional human being. I was lucky to be Graham’s father and to experience a father’s love for a wonderful son.

Even as I slowly worked to find a use for Graham’s possessions, the light of his spirit continued to shine in the most remarkable ways that felt like more than coincidence.

For example, as I was working on a photo essay about Massachusetts General Hospital’s community health centers, I was invited to join a social worker from the MGH clinic who was assisting a family from Rwanda with the mind-boggling transition from rural Africa to inner-city America. They were a loving, happy family, cruelly displaced, yet seemingly unbroken. They needed absolutely everything to start over again. It was the MGH social worker’s job to serve as their guide and advocate.

The family had survived genocide and traumatic years in refugee camps. Sitting with them in their spartan apartment, I marveled at their capacity to smile and even laugh with us. There were four lovely girls and a boy about 12 years old. The lad seemed self-confident and made steady eye contact. He watched me closely with a beaming, gap-toothed smile. I noted that he was about Graham’s size. His name was Fabrice. No thought was required. I knew then what Graham would want me to do with his winter clothes. And I continued to love Graham with a father’s love, and to honor his spirit through an act of kindness to a young man I’d only just met.

Increasingly, I was developing a conviction that, from Rabbi Lawrence Kushner’s book, Invisible Lines of Connection, there were invisible lines of connection among people in the world. In a literal sense, the clothing that Graham could no longer use would protect a boy fleeing one of the most dangerous places in the world against the bitter cold of winter in New England.

But instinct told me something more might be going on. Walking into my home and passing through Graham’s room, I wondered if there was now a connection between my son and Fabrice. That connection may have been something beyond my understanding, as a father and physician, but it gave Graham’s life further meaning in ways that would continue to ripple through the cosmos.

Dr. Steven Gardner is an internist at Massachusetts General Hospital, Assistant Professor of Medicine at Harvard Medical School and past Medical Director of the Massachusetts Special Olympics. He is a past winner of the Harvard Medical School Humanism in Medicine Award. He is a prominent photographer whose images focus on the resilience of people facing adversity and the compassion of caregivers. His work has been exhibited in Boston and Martha’s Vineyard, where he is a volunteer physician at Camp Jabberwocky, the location and inspiration for many of the stories in his book, Jabberwocky: Lessons of Love from a Boy Who Never Spoke (Made for Success Publishing, April 27, 2021). To learn more, visit Jabberwockybook.com.